After getting his British Superbike Championship career back on track with Reve Racing in mid-1996, the following season looked highly promising for Hislop to say the least. Red Bull had increased their sponsorship and secured a brace of Ducati 996s for both him and new team-mate John Reynolds.

Reynolds, BSB champion in 1992, was returning to the UK after four years on the World stage and had a long-standing relationship with Ben Atkins, owner of the Reve Racing team. It was a smooth transition back from the World Superbike Championship and he was soon winning races, taking the fight to Niall Mackenzie and Chris Walker and in the running for the 1997 title. However, it was a different story for Hislop.

Unlike the Ducati 916 from 1995 when he took the BSB title, Hislop failed to get to grips with the 996cc version and his results were a long way off both what he and the team expected, with the chassis in particular causing Hislop issues. Whilst he took a third-place finish in the opening race of the season at Donington Park and fourth at round two at Oulton Park, it soon went downhill.

Thirteenth was all he could manage at Snetterton and he only slightly improved at Brands Hatch with seventh and eleventh place finishes. Matters came to a head at Thruxton when he finished 12th in the first race and pulled out of the second with one lap to go. The inevitable soon followed and Hislop lost his ride with the team.

Hislop was able to secure a one-off rider with Kawasaki UK at the next round at Mallory Park, with impressive results of second and third. For the remainder of the season, he competed as a privateer onboard a Sabre Airways Kawasaki ZXR750 courtesy of former team mate, Ray Stringer. Despite a tumultuous season, Hislop finished the season ninth in the championship thanks to solid results on the Kawasakis. Nevertheless, this result and privateer status were not fitting for a man of Hislop’s immense riding talent.

An unexpected opportunity then arose for 1998 at the all-conquering Cadbury’s Boost Yamaha team. Fellow Scot Niall Mackenzie had won the British Championship for the team in both 1996 and 1997 with team mate Chris Walker second overall in ’97. So it was a shock when Walker announced his departure from the team for the ’98 season, leaving to join Kawasaki. Following his departure, team boss Rob McElnea quickly snapped Hislop up to replace him. 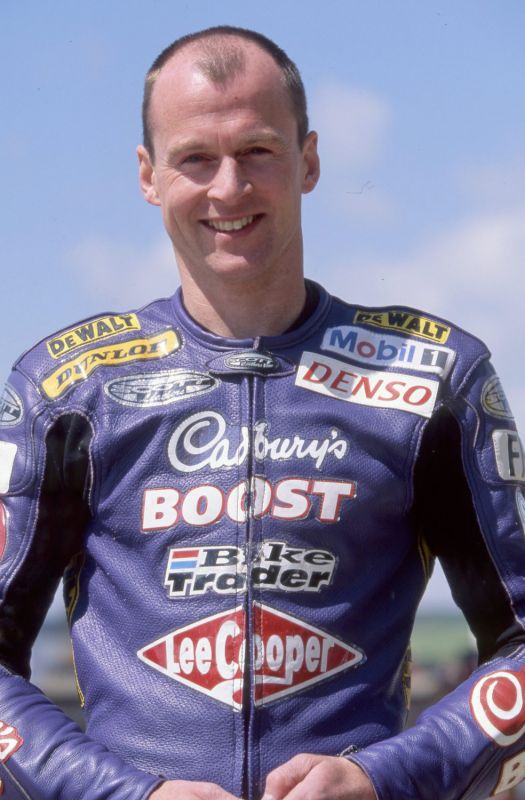 Hislop in his 1998 Cadbury's colours. Image courtesy of Double Red

It was well documented that Hislop had to ride for free as the team didn’t have the budget to pay him a wage, with his only income being prize money and personal sponsorship deals. Other riders such as Mackenzie, Reynolds and Rymer were rumoured to be on salaries in excess of £50,000 a year but Hislop, a racer at heart, wanted to be on board the Yamaha YZF750 to prove he could still win races. He went on to do exactly that, challenging Mackenzie for the title for the majority of the season.

Right from the word go, it was clear there was no love lost between the two team-mates as they fought for supremacy. They each had a point to prove and were determined to beat each other in every single race, which caused McElnea a number of headaches as he tried to keep harmony within the ranks.

A podium came at the very first round and Hislop’s first win came at round three at Oulton Park when he fought with Mackenzie for the full race distance, before outdoing him from the final corner on the final lap. Mackenzie wasn’t happy with the move though, and the fuse had been lit.

The next round at Thruxton saw Mackenzie dive up the inside at the chicane on the final lap to take the second race win but he was even more forceful at Snetterton, with an end result of both riders being forced onto the grass. What should have been another one-two finish ended with a third and fourth instead. McElnea was furious and had some strong words with Mackenzie. 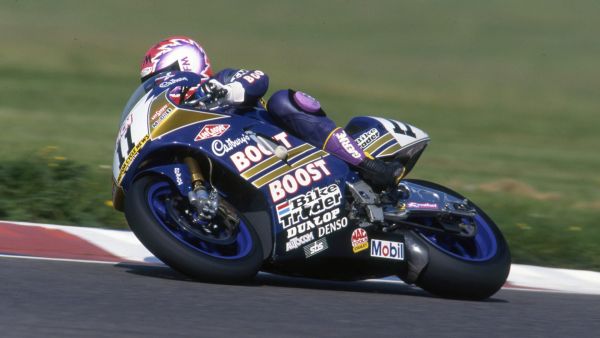 Hislop in action on the dominant Yamaha YZF750. Image courtesy of Double Red

The next few rounds saw the riders continue to battle for the race wins and, going into the ninth round at Cadwell Park, Mackenzie held a 41-point advantage – primarily due to a DNF at Knockhill for Hislop and only sixth and seventh at Mallory Park.

He did come back to take another win at Brands Hatch but having missed two rounds, Hislop finished the year in third place overall. He also rode shotgun to Mackenzie in the final races to help him win the title for a third successive year, and Mackenzie later thanked Hislop for his help to leave relations between the two on a good note.

A former TT winner himself, team manager McElnea had a lot of respect for Hislop and was quoted as saying that, on his day, Steve was the fastest rider in the world. After the year on the YZF, the team unfortunately folded as Cadbury’s withdrew their sponsorship, but McElnea and Hislop were reunited in 2000 when he rode the Virgin Yamaha R7 and again in 2003 campaigning the new R1.

The Cadbury's Boost Yamaha YZF750 is one of the most iconic bikes from the Superbike scene in the 1990's and will be part of 'Back to the Future: The Hizzy Years' at this year’s Classic TT presented by Bennetts.