Classic TT competitors finally got the chance to blow away the cobwebs from the weather affected qualifying week with a double qualifying session on the Isle of Man today. The weather gods finally relented and the first Senior Classic TT bikes – Jamie Coward riding the Ted Woof Manx Norton and Michael Rutter on the Ripley Land Racing Matchless – blasted off from pit lane at 2.10pm after mist resulted in a delayed start to the rescheduled afternoon session.

Dean Harrison posted the fastest time of the week on his Silicone Engineering Kawasaki Classic TT Superbike (124.562mph) while Michael Dunlop completed his first lap on the Team Classic Suzuki with 119.89mph in the afternoon which he improved with a 123.28mph standing start lap in the evening session.   However, the much-anticipated head to head between Dunlop and Harrison in Monday’s RST Superbike Classic TT Race looks to be off after Harrison was reported to have sustained a rib injury in the evening Lightweight session after an incident at Laurel Bank on his Laylaw Racing Yamaha. 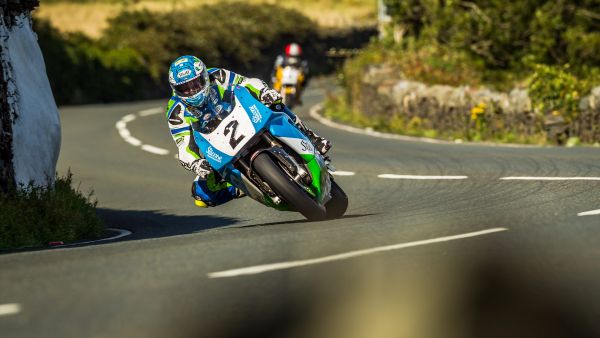 Dean Harrison has been fastest in qualifying for the RST Superbike Race, but an incident on his Lightweight bike in Friday evening qualifying may force him to sit out the race. Image courtesy of Lucas Croydon

Conor Cummins (Milenco by Padgetts Yamaha) and Horst Saiger (Greenall Racing Kawasaki) were both over the 120mph mark – 121.640mph and 120.556mph respectively in the earlier session - while times were noticeably quicker in the evening with Derek Shiels topping the leader board in the later session with 124.03mph and Horst Saiger, Conor Cummins, Philip Crowe, Ryan Kneen and Michael Sweeney all posting 120+mph laps in the evening session.

Bruce Anstey again topped the Classic TT Lightweight leader board in the afternoon session with a lap of 116.99mph – his fastest time of the week - which the New Zealander improved to 117.29mph in the evening session and although Harrison posted a lap of 115.87mph on his opening Lightweight lap, he is almost certainly out of Saturday’s race after his accident on the second lap of the session. James Hind also went well in the later session with a lap of 113.542mph.

John McGuinness reinforced his credentials as the man to beat in the Bennetts Senior Classic TT Race with his first timed laps of the week.  McGuinness, the 2018 Race winner, posted the fastest time in every sector on his first lap to clock 107.52mph and then improved most of his sectors on the second, flying lap before pulling in at the end of his second lap - 109.59mph - which was almost thirty seconds ahead of Jamie Coward’s best lap (107.16mph) and almost 48s ahead of Michael Rutter (105.51mph). 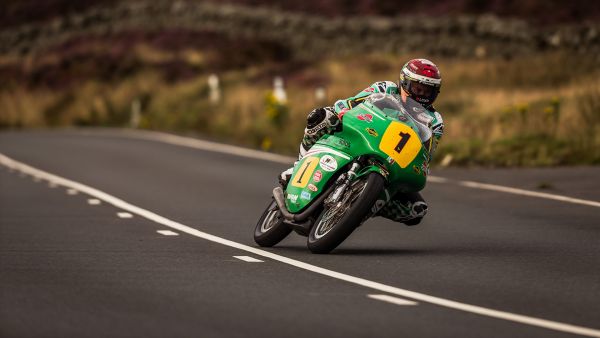 McGuinness and Rutter took up their customary position at the front of the pack for the evening Senior Classic TT qualifying session and the pair were first away at 6.30pm after a short delay for an earlier oil spill when the roads were opened between the two sessions. McGuinness improved his time in the evening session on his only lap with 110.13mph to top the final qualifying leader board ahead of Saturday race which is due to get underway at 1.15pm. Italian Stefano Bonetti, on the Speed Motors Paton, also threw his hat into the ring for Saturday’s race with a lap of 108.94mph, the second fastest qualifying time.

It was a mixed evening session for Rutter, breaking down at Governors on his Senior machine with a broken gear leaver, but he managed to get out on his Team Winfield Superbike in the second session.

In the afternoon Junior Classic TT session, 2018 race winner Dominic Herbertson picked up from where he left off last year with a lap of 100.74mph, the only 100mph+ lap in the session, from Michael Rutter (99.66) and Lee Johnston (99.12mph). Johnston then went out on his Senior Davies Motorsport Honda but only got as far as Glen Darragh for another aborted lap after stopping at Crosby in last night’s untimed session.

However, in the evening Junior session Coward moved to the top of the overall Junior leader board with 101.80mph although there will still be additional qualifying sessions during tomorrow’s race programme ahead of Monday’s Locate.im Junior Classic TT Race. 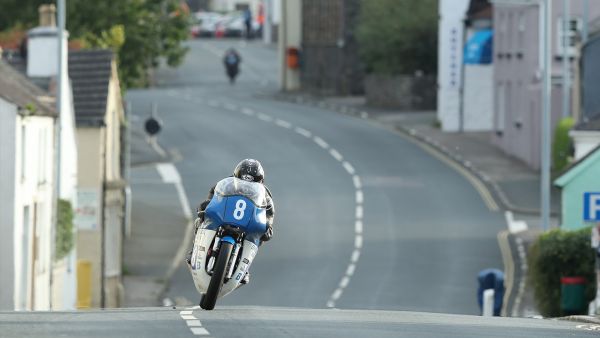 Jamie Coward leads the way in the Locate.im Junior class on the Ted Woof/Craven Honda, but there is further qualifying opportunities in tomorrow's schedule. Image courtesy of Dave Kneen/Pacemaker Press

In the afternoon session Keith Dixon was unhurt after coming off his Senior Classic TT bike at Governors Bridge while Robert Saville on his Lightweight bike and James Caswell on his Superbike were also involved in an accident at Guthries which left Saville unhurt and Caswell with a minor ankle injury.

As a result of the weather disruption earlier in the week, Clerk of the Course Gary Thompson has amended tomorrow’s race day programme to ensure additional practice time ahead of racing. The full schedule can be found here.

For further information about the festivities across the Classic TT weekend, visit the Festival Pages.