Though the Isle of Man TT is special in many ways, one reason that so many go back every year is the friendly atmosphere brought by visitors and locals alike. The island has become known in the biking world, and beyond, for the warm welcome it gives to the thousands of TT enthusiasts that arrive for the festival every year. Whether it’s locals opening their homes and gardens to visitors, having a chat over tea and cake with passing bikers, or giving shelter to washed-out campers, the TT is perhaps the friendliest motorcycling festival in the world.

TEA FROM ON HIGH

As every TT fan knows, the world-famous Mountain Course winds its way past many of the island’s churches and these special places are often keen to offer shelter, food and a good brew to those waiting for the bikes to fly past. After all, opening their doors to strangers is something the church has done for centuries, so what’s 114 years between friends?

St Ninian’s church, which can be found just a few hundred yards from the start line, was built in 1913 and runs a pop-up cafe through the TT festival. The church also hosts an annual exhibition of TT photos which raises funds for a racing charity. Churchwarden Paul explained that visitors come for a variety of reasons. ‘Some just want to dry out or get warm on a wet day, some want to sit with their own thoughts in the quietness of the church, some want to find a listening ear.’

Paul said his favourite TT story from the church comes from a visit by a rider that TT fans know well. ‘Very early one morning, Guy Martin came to church to sign some racing photographs so they could be auctioned for charity,’ he explained. ‘Guy liked his own space during the race period and often shied-away from autograph hunters, so until the auction had taken place, only Guy and the vicar knew of his clandestine visit.’ 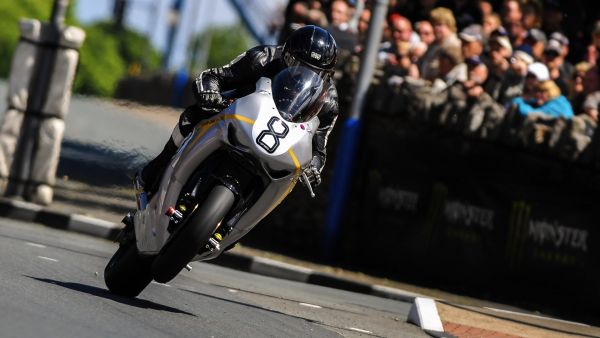 Guy may have liked his own space, but there’s not much left here at St Ninian’s Church!

St Ninians isn’t the only church that offers tea, cake and shelter to passing visitors, of course. There are many others that TT fans know well, not least Kirk Braddan, which provides hospitality for the hundreds of fans that throng the makeshift grandstands at Braddan Bridge. But even away from the course - in tiny church halls such as those at Bride and St Judes - visitors still delight to find soup and scones served with a welcoming smile. It’s the unexpected nature of it all that makes it so special. That and the home-made jam!

It’s not just churches that play host to TT fans however; many of the island’s residents open up their own homes and gardens as well. One of the most famous homes found on the TT Course is Sarah’s Cottage, which has become an incredibly popular place to spectate as competitors wind their way from Glen Helen. Though it’s free to watch from this picturesque and fascinating spot, donations are encouraged in aid of some hand-picked charities.

Roy Shuttleworth, who owns the cottage, said it’s important to him to offer the spot for free. ‘People spend enough just getting over to the island. We once had 12 German guys pull up and ask how much it was to watch from the cottage. I told them it was free, but they were welcome to contribute to the donation buckets. They each put in £25. People are so kind when you treat them with the same generosity.’

Roy bought the cottage in 1975 with his parents after riding past it on a holiday to the island. ‘It’s a family tradition now,’ he explained. ‘I will never charge because it goes against the grain for me. People sitting on the grass banks around the course IS the TT. I’ve got a personal connection with many of the visitors. I keep in touch with them and will often go out for a drink after the racing. The whole motorcycling crowd is so friendly - I often think if the world’s leaders had a motorcycle, they might all get along for once!’ 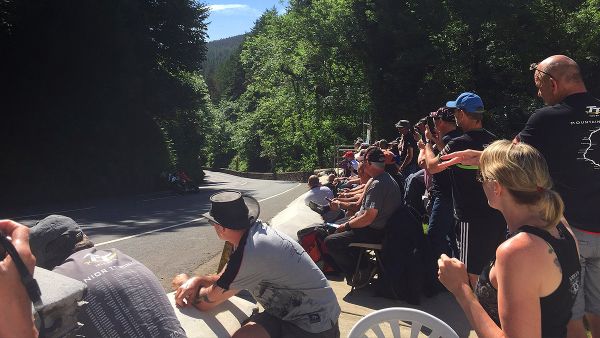 “In a biker’s world, there are no strangers, only friends we haven’t yet met.”

Roy said the TT breeds friendliness. He often sees examples of community support and people going the extra mile to support visitors. ‘I once saw someone take in campers whose tent was washed out during one particularly bad year for weather, you wouldn’t get that hospitality anywhere else. People feel safe here, it’s very friendly and that’s why people like to come.’

While Roy feels a genuine connection with the fans, he was keen to acknowledge one group in particular. ‘The marshals are great,’ he says, ‘without them we wouldn’t have the TT and they do it all for free.’ Roy said one phrase sums up his years at Sarah’s Cottage: ‘In a biker’s world, there are no strangers, only friends we haven’t yet met.’

The influence of those who live around the course is also seen and felt by the competitors, who can still get ‘up close and personal’ with banks of craning heads. This is especially true of Harold’s, a super-fast stretch leading into Gorse Lea, which was officially named after the late local icon Harold Leece in 2019. Harold lived at ‘Knock Breck’ and opened up his front garden to fans every year, offering brews, cakes and sandwiches in aid of charity. A dedicated marshal and a man who showed unwavering support of the races, Harold lived on the TT Course for 70 years before passing away aged 96.

Another local legend who also has a place on the course officially named in his honour is Raymond Caley, known to many as the former proprietor of Caley’s Store in Sulby. Raymond was an avid supporter of the road races and would often welcome fans into his tiny shop. Indeed, it became something of a TT landmark with the interior becoming increasingly decorated with photos of the many riders who came to visit as part of their yearly pilgrimage. 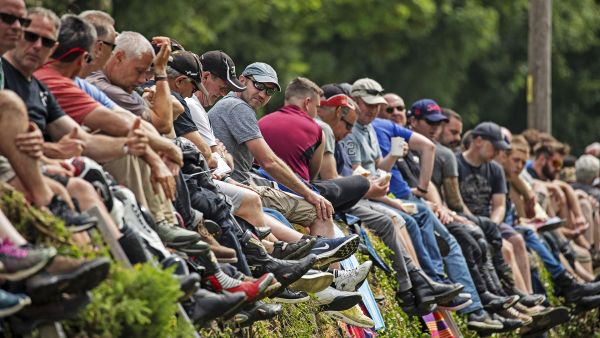 Spectators cram the bank at Harold’s, one of the most spectacular places to watch.

Another distinct feature of the TT is just how many visitors camp on the island, often putting them in prime position right next to the course. One of the most popular is ‘Silly Moos’ near Ramsey, who also open up the famous Conker Fields to spectators throughout the festival, thanks to Mr and Mrs Edwards who own Ballakillingan Estate. Managing Director of the campsite, Fiona Brumby, says the festival was the reason they actually started the site in the first place. ‘We do it because we love the TT and we love the people, it’s also such a brilliant place to watch!’

The campsite has been open for over a decade and Fiona says they’ve built up a friendly relationship with the visitors that come every year - one of whom went so far as to get the ‘Silly Moos’ logo tattooed on his arm. ‘We’ve got some really good friends through the TT. There are a few German guys who come every year and set up ‘Little Munich’ in the field with a population sign and everything. They’ve even painted their bikes black and white to match our cows, that’s how dedicated these fans are.’

Like a lot of sites around the course, the public spectating areas at Conker Fields sees a portion of the proceeds donated to charity. Fiona says there’s a great atmosphere at the site and it’s all thanks to the fans. ‘All the road racing festivals are great, but none are on par with the TT. It’s the people that make it that way. Everyone just has a brilliant time watching in the field.’ 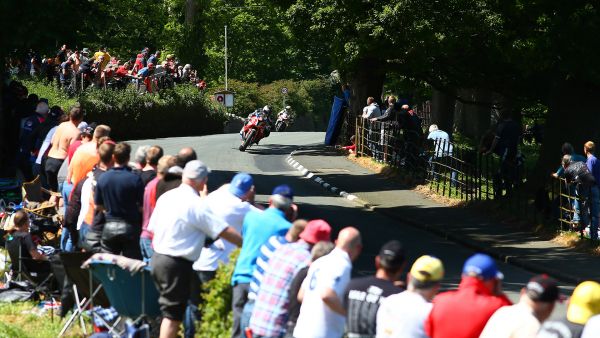 The K-tree is a hugely popular spot today, thanks to the generosity of the land-owners.

‘We sponsor Greg Lambert in the sidecar races and our campers love it when he goes past. We’ve even had Bruce Anstey - after whom we named our dog - come in for a cup of tea and a chat after breaking down nearby. We don’t take advantage of anyone, so it’s all good value and people love having the extra facilities to hand.’

Despite the break from the festival over the last two years, Fiona says they still felt the support from their visitors. ‘During lockdown we actually had people sending us presents to keep us going! Someone sent a painting they did of a cow, we had gin and chocolates, and someone even decided to pay us even though they couldn’t come! The TT is much more than just a bike race; coming here is very sentimental for a lot of people.’