The History Of The Scoreboard

The TT scoreboard, with its clocks and handpainted numbers, has long been an iconic part of the Isle of Man TT Races. First built over 100 years ago, the scoreboard had many incarnations and became synonymous with the unrivalled history of the races.

Having recorded landmark records, from Bob McIntyre’s first 100mph lap in 1957 through to the current 135mph lap record set by Peter Hickman in 2018, the scoreboard was one of a kind and truly unique in comparison to its counterparts across the global motorsport events scene.

Updated lap by lap by generations of Manx Scouts, fans bid a fond farewell to the board at its final outing at the 2019 Manx Grand Prix, after it was found to be irreparably damaged through corrosion.

We take a look back at its magnificent and varied history over the last century and reveal what’s to come.

The first incarnation of the scoreboard was on the St John’s course, where it resided for four years between 1907 and 1911 before the Mountain Course was adopted for motorcycle racing. 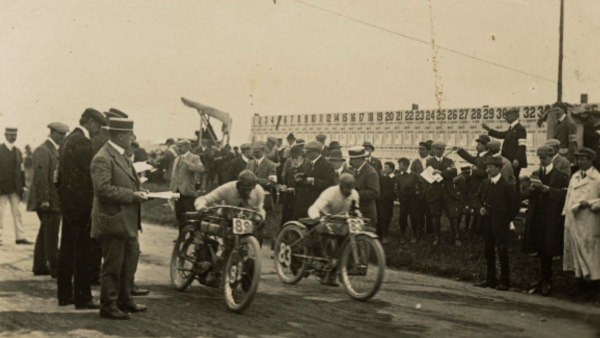 From 1911 to 1913, the scoreboard relocated to the midpoint of Bray Hill, Douglas on the Mountain Course. During this time, the board was also adopted and used for the scoring of the motorcar races that took place at this time. 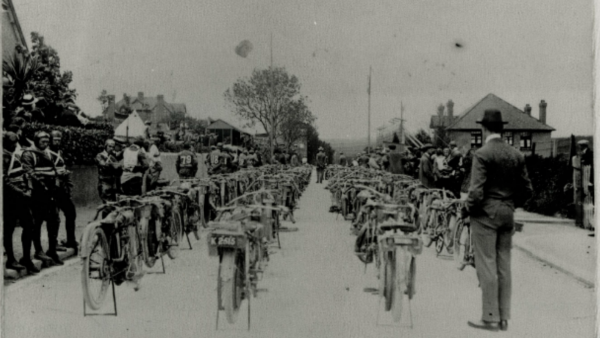 Machines lined up ahead of the start of a race, 1913 TT

In 1914 the scoreboard moved again, this time to the St. Ninian’s Crossroads, edging closer to what would become its forever home. 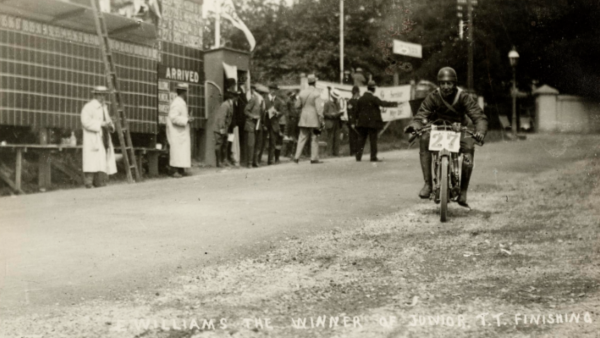 E. Williams, the winner of the Junior TT, finishes at the Grandstand at St.Ninian’s, 1914

In 1922 the scoreboard relocated one last time to its permanent home on Glencrutchery Road, where a cantilever box was designed and installed (as pictured below) to give the best all-round view of the start and finish area. 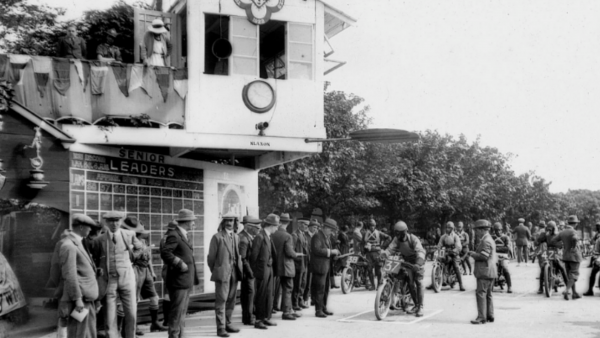 A HELPING HAND FROM GENERATIONS OF SCOUTS

According to Manx National Heritage, it was during this period that the Isle of Man - Scouts Association began to update the scoreboard. Year on year, 70 or more scouts would volunteer to update the board by hand – a quirky tradition that remained unbroken until the scoreboard was decommissioned in 2019. 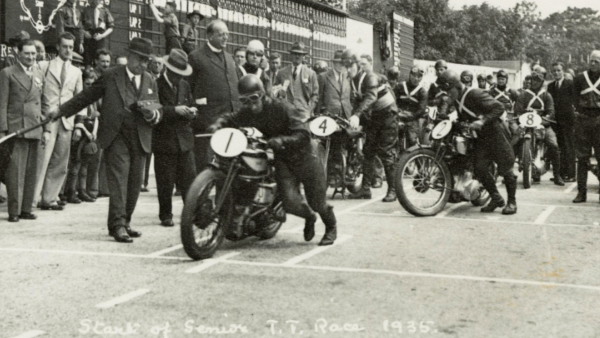 Start of 1935 Senior TT, with the Manx Scouts updating the scoreboard in the background

The scoreboard remained unchanged from the 1930s onwards, with elements of its final legacy dating back to the latter part of the last century! Historical reports suggest that during the 1960s, the board was taken down during winter and re-erected each spring to minimise any erosion and damage during the colder months. 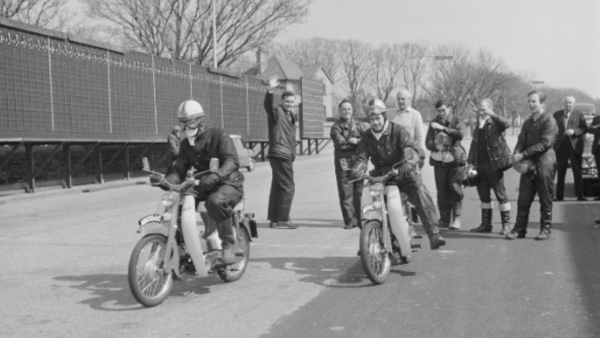 Although the scoreboard remained relatively unchanged during the next four decades, some of its original timberwork was replaced and, on several occasions, the board was painstakingly restored to be in keeping with its original and unique design. This was reflected in the leader board numbers – virtually all of which were in different fonts and styles according to the decade in which they were hand-painted! 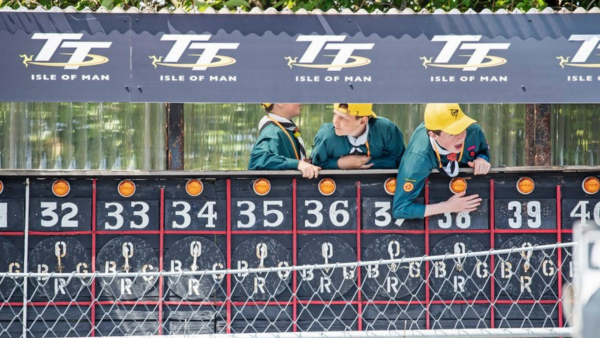 After the decommissioning of the scoreboard in 2019, the board was dismantled in 2020 with oversight from both Manx National Heritage and the Isle of Man Government’s Department for Enterprise.

A number of its classic and most famous features were preserved and then transferred to the Manx Museum, where they will be put on permanent display at a new gallery that is set to open this year, ensuring the scoreboard and its iconic history are never lost or forgotten.

A replacement scoreboard is currently being developed, with a permanent structure set to be erected ahead of the 2023 TT races, with video screens being used as a temporary solution in 2022.

The new structure has been designed following a public consultation process and will combine both old and modern technologies, with the design and feel based on that of the previous scoreboard. For example, the clocks and the Cronk-ny-Mona light of the former design will be retained, along with several other classic features that gave the original board its unique charm.

The Manx Scouts will continue to play an integral role; manually operating the board to ensure all competitors are accounted for on its two halves (each half traditionally displayed the same information, so that it could be viewed from each end of the Grandstand). However, moving forward, the board will be operated from the rear side to enhance safety and remove the need for unsightly catch fencing!

There will also be several new and exciting features, including several large-scale screens displaying live coverage from across the entire course for those fans watching from the Grandstand.

The original TT course map and historic clock will also feature on the new timing building – ensuring the heritage and tradition of the old is always present in the new! 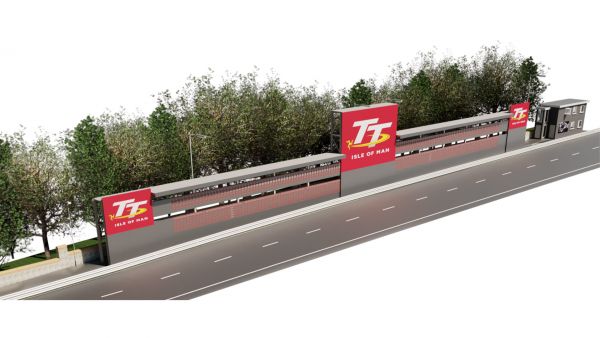 Design concept for the 2023 scoreboard