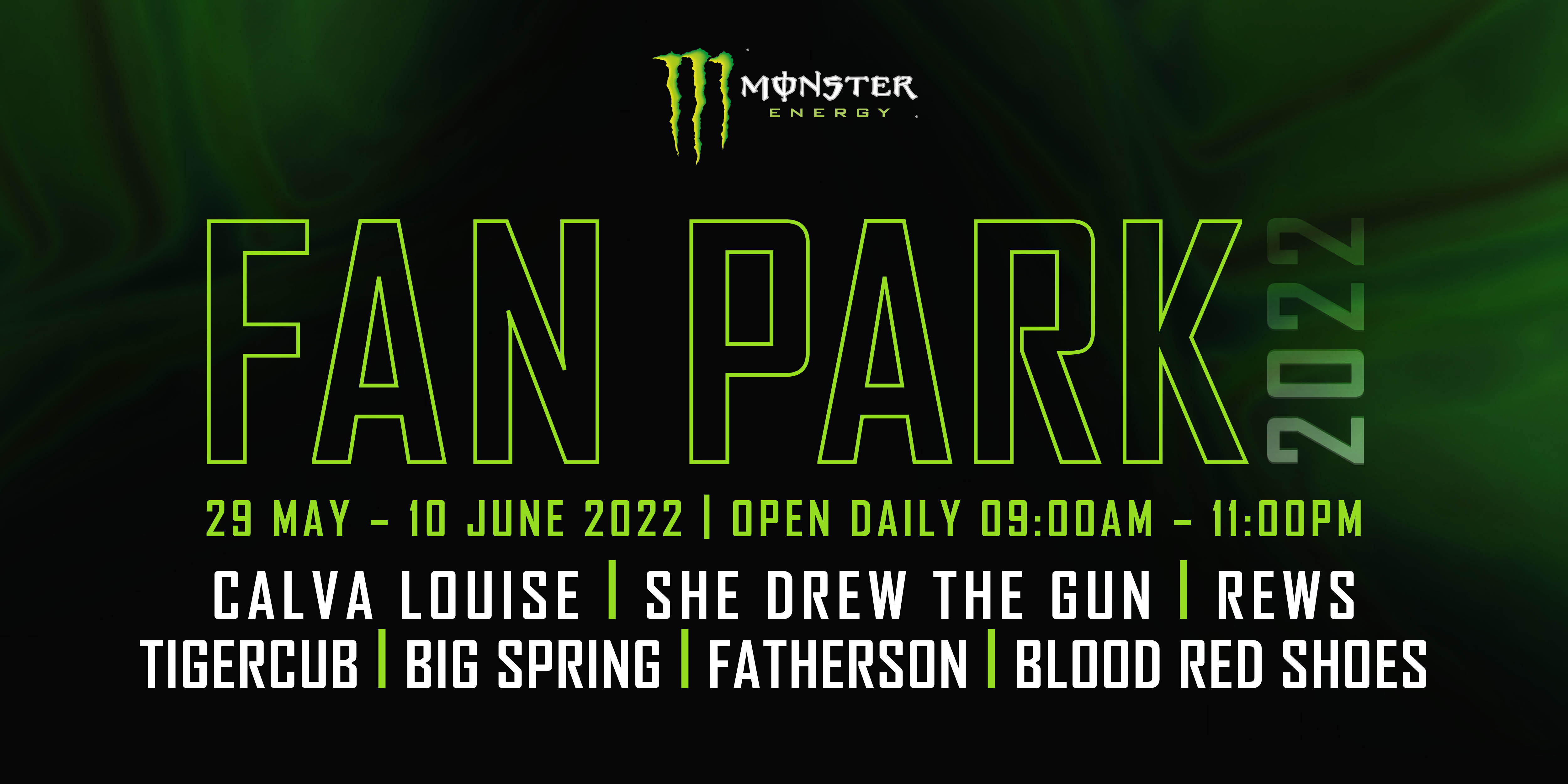 The brand new Monster Energy Fan Park promises two full weeks of free entertainment at this year’s Isle of Man TT races, including an enticing raft of live music set to take the atmosphere to the next level.

Making their Isle of Man TT debut on the Monster Energy stage will be an eclectic mix of quality live performances from bands renowned across festival stages such as Reading and Leeds, Glastonbury, Boardmasters and beyond.

Bursting into life on ‘Superbike Saturday’, music fans will be in their element as each evening there’s an impressive roster of live acts, including Calva Louise, and festival favourites such as REWS, Blood Red Shoes, She Drew The Gun and more. Plus fans will also be able to really soak up the atmosphere and stay fuelled up, thanks to a superb range of street food and local artisan goodies, while there will be array of drinks on tap at the TT’s official bar, The Trackside.

First up to the Monster Energy stage is Calva Louise, the sci-fi inspired post-punk rockers who soundtrack the TT’s podcast and programme, have enjoyed a heavy rotation on radio stations such as BBC Radio1, BBC 6 Music and Kerrang. 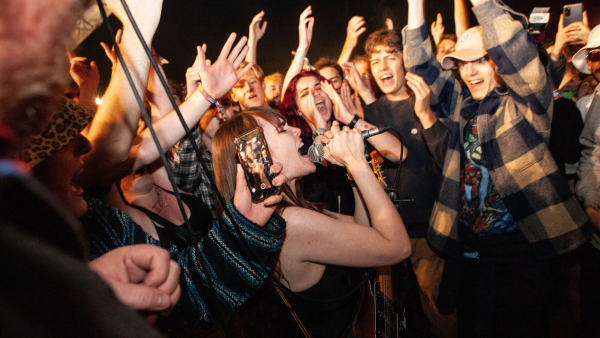 CALVA LOUISE - THE SOUND OF THE TT PODCAST

Having crossed paths in 2016, the alt-trio, Calva Louise are certainly no strangers to a live stage, renowned for their live shows’ unique display of video and light effects that correlate to the lyrics, and having supported artists such as Razorlight, Albert Hammond Jr. and Highly Suspect.

Inspired by graphic novels and Sci-Fi movies Calva Louise’s creative musical vision was driven by vocalist and guitarist Jess Allanic and music fans attending this year’s TT races can look forward to revelling in the encompassing searing guitar hooks and ambitious songwriting this band brings to every show. 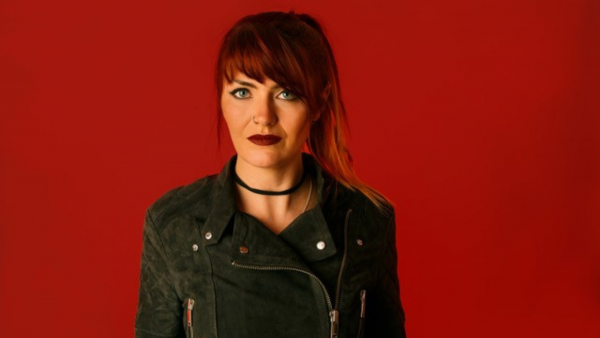 Lead by Northern Irish songwriter Shauna Tohill, REWS recently released their highly anticipated sophomore album ‘Warriors’, building on the success of their debut album ‘Pyro’ which saw them perform at Glastonbury Festival, Isle of Wight Festival, Boardmasters as well as extensive touring across the UK and Europe including support tours with Halestorm and The Darkness as well as appearances at Mad Cool Festival, Camden Rocks and Eurosonic.

Having amassed over 10 million streams with support from BBC Radio 1, Kerrang! Radio, RadioX and a nomination for Planet Rock Magazines ‘Best New Band’, TT fans will be able to grab a drink from the bar and soak up the brilliant live atmosphere of this performance. 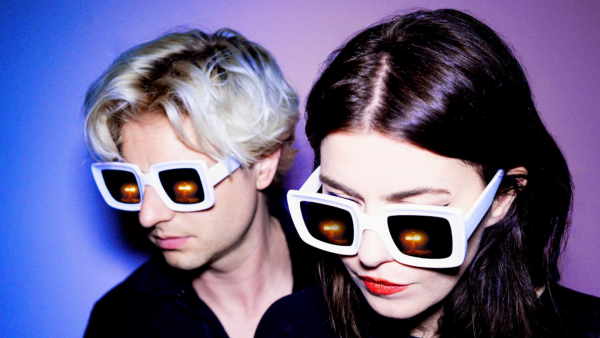 Steven Ansell, Drummer and vocalist describes the new complex and imaginative album, “We have made an entire career out of being told what we are “not”, of being rejected, of not fitting in, and this album is us deliberately pushing into all of our strangeness, emphasising all of the things that make us different”. 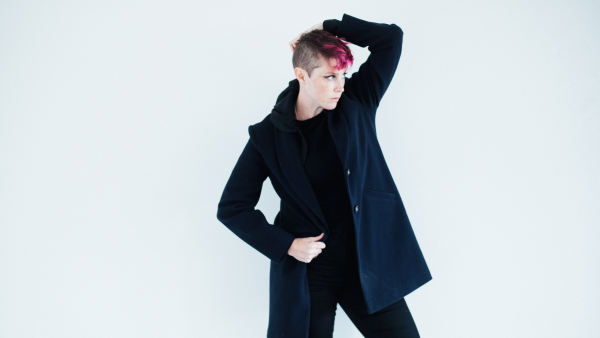 Winners of the 2016 Glastonbury Festival emerging talent competition, She Drew the Gun will take on the Monster Energy stage spreading their infectious yet meaningful psych-pop rhythms across the Fan Park.

Louisa Roach, founder and singer-songwriter has spent the last seven years cementing her reputation as a vital voice in the alternative scene, using punk-infused psych-pop as a vehicle for exposing injustice and for advocating for a fairer and more tolerant society.

Their latest album Behave Myself was written during lockdown, and recorded in collaboration with Ross Orton (Arctic Monkeys, The Fall, The Kills) at McCall Sound Studios in Sheffield, and very much reflects the societal circumstances surrounding its creation. 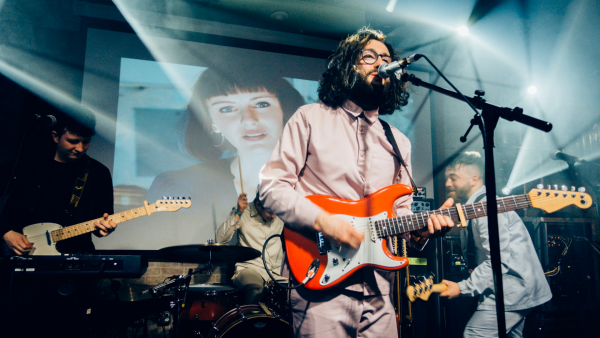 Fatherson’s raw, honest alt-rock sound has garnered support from fellow bands including Biffy Clyro, Frightened Rabbit, Idlewild and Twin Atlantic, as well as further runs alongside the likes of Kings Of Leon, Panic! at the Disco, Augustines, Enter Shikari and more. 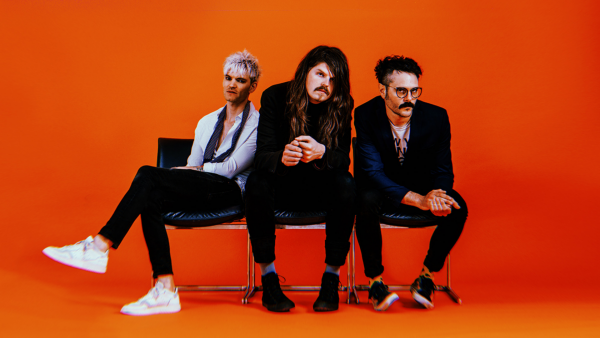 Tigercub will be storming the Monster Energy Stage on the penultimate night of the Isle of Man TT Races, bringing the infectious sounds and hook melodies from their most recently released and highly anticipated album, ‘As Blue as Indigo’.

As Blue As Indigo is as colourful a journey as the vivid title suggests, its ten tracks span the progressive to the immediate, the gentle to the monolithic, and most of all fulfill the significant potential the band have always promised. As Blue As Indigo is an album that looks set to cement their place at the top table of British rock acts in 2021. 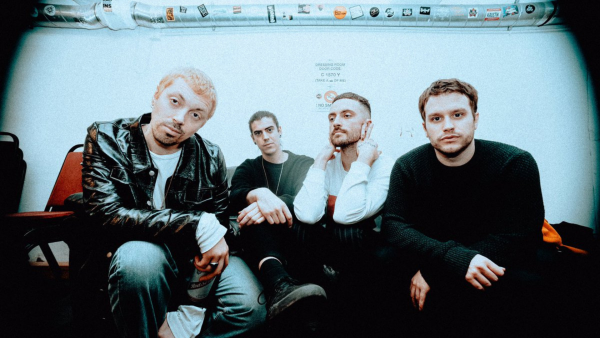 Last to take to the stage, but most certainly not least is Big Spring, dubbed as the ‘best new band in Britain’ by BBC Radio 1’s Dan P Carter, the London-based alt-rock band have a future as big and unforgettable as their debut single ‘Buzzards Leave the Bones.’

Big Spring has gained notoriety for their unique brand of alternative rock, and this year’s TT fans can look forward to a closing show that delivers crushing guitar riffs, catchy hooks and existential lyrics.

In addition to Big Spring on the Monster Energy Stage, on Friday 10th June an act that needs no introduction as one of Britain’s most iconic DJ’s having played Creamfields and Ibiza, Sister Bliss will performing a Faithless DJ Set in the Mercury Club. Tickets for this event are still available – get yours now.