GET SET FOR LIVE COVERAGE

The TT returns in 2022 and, for the first time in its 115-year history, it does so while boasting full and uninterrupted live coverage, delivering all the action, reaction and insight from around the world-famous TT Course straight to your smart TV or device. That means a near-two weeks of bliss for all of you TT and motorcycling fans – wherever you are!

Live coverage is set to transform the way thousands of fans follow the TT – whether that be from home, the workplace, or even on the train. In fact, wherever you have a suitable device and an internet connection, you’ll be able to access the races via the TT+ Live Pass.

Speaking of access, the Live Pass will also gift viewers a more immersive and authentic view of the TT paddock. With live broadcast naturally conveying more of the emotion, tension and raw energy found at the TT, we’ll be revealing more of the highs and lows of TT racing – as well as what motivates this elite band of racers as they risk everything in the ultimate test of speed and endurance. 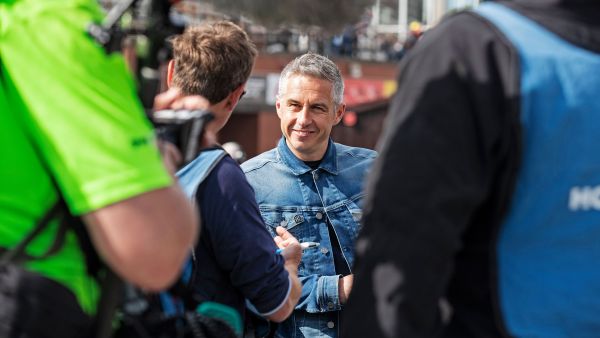 Whilst competitors have long picked up the gauntlet laid down by the mighty TT Mountain Course, the 37 and ¾ miles of public roads represent a quite different challenge for our live broadcast production team. It’s not just the sheer length of the course either; the time-trial format is another unique aspect of the TT the team have to factor in.

Perhaps unsurprisingly then, the question on everyone’s lips is how will we do this successfully? The simple answer is that technology now allows for such an undertaking, but it will be no less fascinating to watch the races broadcast live for the first time. After all, few events are like the TT.

That’s something the island’s motorsport specialists, Greenlight Television, understand like few others. Indeed, the team, which already produces the popular race highlights programming, is already well-set to deliver the live broadcast too, having assembled a 200-strong production team to bring you all the action. 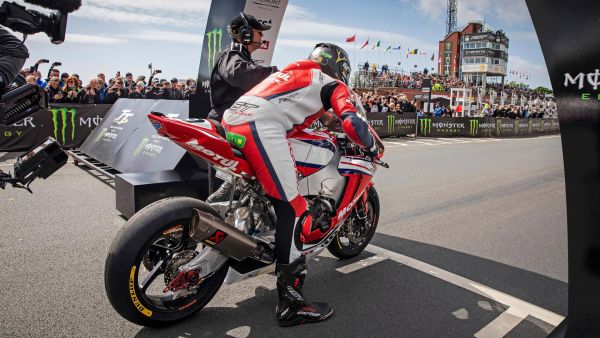 IMMERSIVE: THE LIVE PASS WILL PLACE YOU AS CLOSE AS YOU CAN GET

It’s not just the production team that has increased in size though. The entire operation has just got bigger. That means more studio space, more presenters, more pundits, more cameras and – most importantly – more of what you love: TT racing.

Of course, it is always going to be out on the TT Course where the real drama unfolds, and fans can look forward to experiencing the TT like never before with a significant uplift in the number of live-action cameras found around the course. Not only does that mean more action from more locations on any given day, but throughout the fortnight too; the team from Greenlight moving around ‘The Mountain’ to bring you the racing from some rarely seen vantage points.

As well as the live-action cameras, the TT’s kerb-cams will also be capturing the visceral experience of watching the TT with the production team beaming pictures from the road-side to the production suite to your devices in a near-instant. 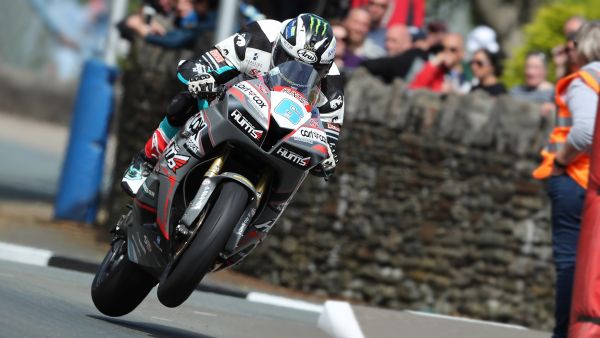 But covering the TT races in real time also means working from the air; the time trial format also dictating the use of not one, but two, helicopters. Operating each side of the Mountain Course, the two Heli-Cams are set to capture the true-essence of TT racing: the lone rider slicing through the Manx countryside at speeds approaching 200mph.

That’s not to say the TT doesn’t have its fair share of on-track duels and heart-in-the-mouth passes, but it’s from the air that we’ll really get a feel for the narrative of the race – witnessing for the first time the time gaps between each rider opening and closing to the beat of the race.

Helping decipher those time gaps will be a new on-screen graphics package, allowing you to keep track of those all-important leaderboards – as well as providing real-time updates on competitors circulating further down the running order.

But this is sport, and at the end of the day there can be only one winner. And winning a TT is a big deal – you ask any of the victors of the past 115 years. The difference in 2022, however, is that we’re going to show you more of the raw emotion found in the TT winners enclosure; the tears, the relief, the joy, the disappointment. We’ll share it all, and we’ll show you more of what makes the TT such a special event. 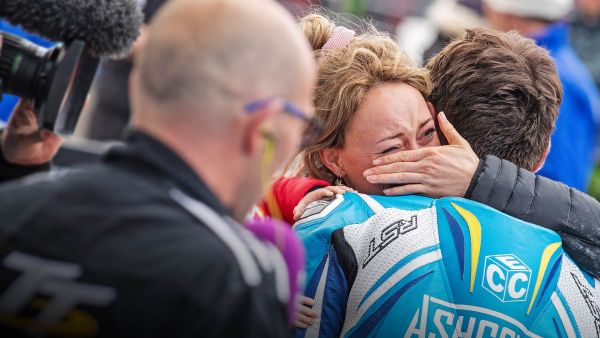 ACCESS ALL AREAS: THE LIVE PASS WILL CONNECT YOU WITH ALL THE EMOTION

All the leading events in the world today rely on a crack team of world-class commentators and expert pundits to bring their sporting stories to life, and it’s no different for the TT. Few events will demand so much of their presenting team, which is why the TT is delighted to welcome a number of new faces (and voices) to the historic event.

Of those new faces, it is perhaps Jennie Gow who is best-known to fans of global motorsport. The highly acclaimed journalist and broadcaster makes her debut covering the TT after a career spent working on the world’s biggest motorsport events such as Formula 1, MotoGP and Formula E.

Jennie will anchor the live coverage from a purpose-built studio situated in the TT Fan Park, where visiting fans can not only sneak a behind-the-scenes view of the live coverage being made, but also enjoy something of the atmosphere a live broadcast generates.

Jennie will enjoy the company of a whole host of fascinating guests throughout the fortnight, whilst viewers will also gain instant access to the entirety of the TT paddock thanks to an expanded team of presenters, pundits and industry experts.

Already known to TT fans are Matt Roberts and Amy Williams – both hugely respected presenters thanks to their work in world motorcycling and the Winter Olympics respectively. Matt has years of experience broadcasting from in-and-around the TT Grandstand, whilst Amy looks forward to the ‘full-blown’ TT experience, having covered the Classic TT since 2018.

Also roaming the paddock is Manx native, Rick Faragher, who will be delving deep into the race awnings to bring you all the breaking news and behind-the-scenes developments. A regular face on BBC’s news and sport coverage, Rick loves operating at the heart of any event, delivering his reports amidst a throng of fans and supporters. 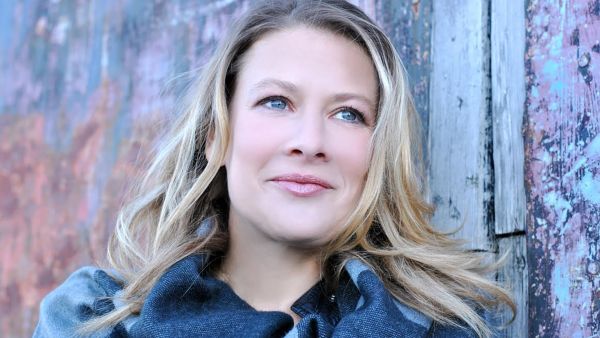 With up to 60 riders circulating at any one time – often spread over many miles and minutes apart – the commentary team have, perhaps, the hardest task of all. It’s their job to continuously describe the events as they unfold, while instantly finding the stories and sporting narrative found within the stream of times and other data.

Few know the ins-and-outs of TT racing, however, like Dave Moore, and the TT’s regular commentator is set to continue in the same role. He’ll be sharing commentary duties with Andrew Coley, whose credits include FIA World Rally Cross, MotoGP and the Goodwood Festival of Speed. Andrew also comes to the TT off the back of his first season as co-commentator of the globe-spanning all-electric series, Extreme-E, sharing the mic on that occasion with none other than Jennie Gow!

As with the studio team, Dave and Andrew will also have a full complement of pundits and industry experts standing by, each ready to bolster the reading of the race. Most notable of these are perhaps the double TT winners, Cam Donald and Steve Plater, who both reprise their role as on-screen pundits. 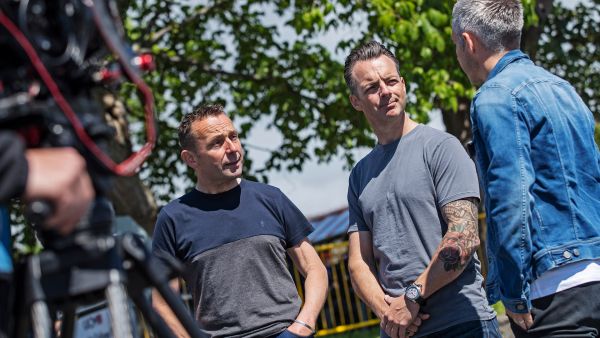 THE BOYS ARE BACK IN TOWN: STEVE, CAM AND MATT ALL RETURN

HOW TO GET YOUR TT+ LIVE PASS

The TT+ Live Pass will be available for a one-off payment of £14.99 and this will gift you live coverage of not only every qualifying session and every race at TT 2022, but also all of the insight and analysis that goes with it.

With over 40 hours of TT on offer, the Live Pass represents tremendous value for money for fans both close to home and around the globe. In fact, with up to ten days of Mountain Course action in 2022 (six qualifying sessions and four race days) that’s as little as £1.50 a day!

The Live Pass will be available to buy on the TT’s own digital channel (TT+) which launches in spring. You’ll be able to subscribe to the platform in April, gaining instant access to the first phase of free content ­­– up to 80 fabulous races from the TT archive – as well as the upcoming TT 2022 Preview Show, filmed live in the Isle of Man.

TT+ LIVE PASS: AT A GLANCE

·         Every qualifying session, live and uninterrupted