It’s the news that TT radiophiles have been waiting for: Radio TT returns in 2022 with full live coverage of every qualifying session and every race. What’s more, our new-look radio team will have near-complete and continuous oversight of the whole course, thanks to the introduction of the live television broadcast.

With the radio commentary team gaining access to all the visuals provided by 20 live-action cameras and two heli-cams ­– as well as a stream of split-second data via live timing and rider tracking ­– the radio coverage will boast a new level of immediacy and accuracy in 2022. Allowing listeners to keep abreast of the notable performances throughout the entire leaderboard, Radio TT will be bringing you all the action and reaction the second it happens – no matter where it happens.

Meanwhile –­ stepping away from the nerve-shredding action on the TT Mountain Course – Radio TT promises to immerse you in the 2022 races further than ever before with an expanded line-up of pundits and experts delving deep into the paddock to bring you all of the latest news, stories and minute-by-minute developments. 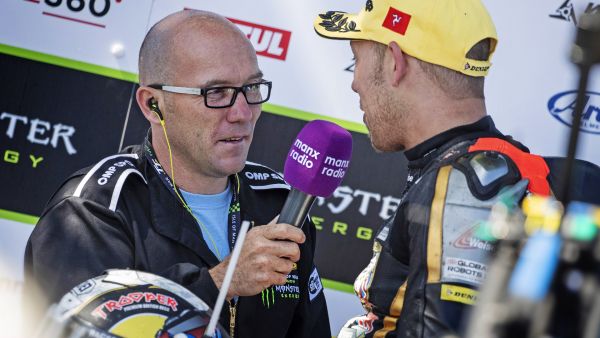 FAMILIAR VOICE: CHRIS KINLEY WILL BE BACK IN PADDOCK AND PITLANE

Informing and entertaining fans since 1964, Radio TT has reverberated not only to the sounds of Hailwood, Dunlop and McGuinness passing each commentary point, but also the enthusiastic tones of the great TT commentators, chiefs among them, Peter Kneale and Geoff Cannell.

That’s not to mention the great Murray Walker, who later estimated that he commentated on over 200 races on the Isle of Man for the BBC and others, weaving his own magic, and capturing the hearts and minds of listeners the world over.

Peter, Geoff and Murray are inseparable from countless TT stories, of course, and to follow each or any one of them is a true honour. But that honour now passes to a new-look team for Radio TT, featuring a number of fresh and familiar voices, each aiming to weave their own bit of TT magic. 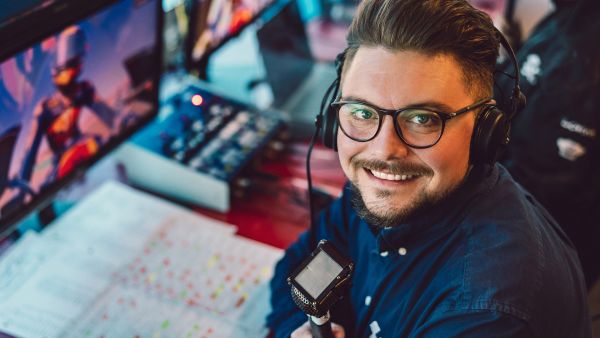 ANCHORMAN: STEVE DAY HAS A BIG VOICE AND A PASSION FOR COMMENTARY

Taking the prestigious anchor role at the TT is Steve Day, whose voice will already be well-known to fans of MotoGP and World Superbikes. Working as lead commentator for both series, Steve has a somewhat encyclopeadic knowledge of the sport, but it’s perhaps his sheer enthusiasm and passionate delivery, that really makes him the perfect choice to anchor Radio TT for this new era in broadcasting.

Another man with an encyclopeadic mind is Chris Boyde, who will join Steve in the Control Tower as chief-analyst. Chris has been commentating on Manx motorsport for years and has an unrivalled knowledge of the facts and figures that are so important in telling the story of a race against the clock.

Armed with more real-time data than ever before, Chris will be able to pull out all the developing stories as they happen ­and wherever they happen. He’ll still have all the traditional timing points to help inform the commentary, but he and Steve will now have the entirety of the Mountain Course to play with – from the comparative comfort of the TT’s Control Tower, in any case. 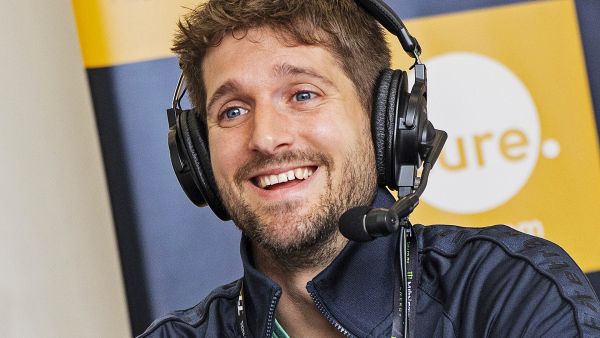 3-WHEELING: PATRICK FARRANCE, WILL CAST HIS EXPERT EYE OVER THE SIDECARS

Radio TT wouldn’t be complete without the daily reporting from the paddock, parc ferme or pit lane, and, for 2022, the off-track coverage promises to delve deeper into the TT than ever before. Bringing you all the news, views and latest developments is another crack-team of presenters and pundits, this time expertly led by Isle of Man radio personalities, Chris Kinley and Beth Espey.

Chris needs little introduction to road race fans, having covered the TT – as well as numerous other events – since 2003. He has already provided some of the TT’s most famous soundbites in recent years, especially when conveying all the action from those crucial pit-stops, or covering all the emotions and reactions post-race in the winners’ enclosure.

Beth is likely to be a new voice to race fans, however. A popular and engaging presence on local radio – and an expert interviewer ­– Beth also boasts an instinctive understanding of how proud we islanders are of our greatest event. 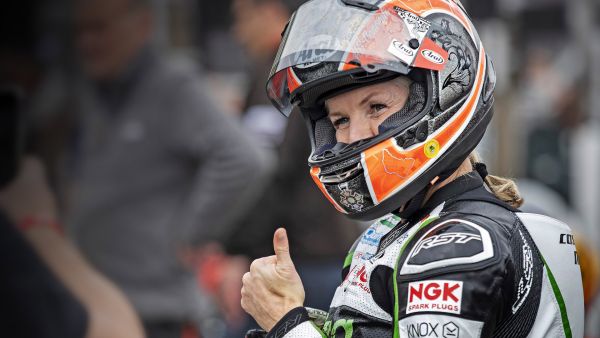 UNIQUE PERSPECTIVE: MARIA COSTELLO JOINS THE TEAM AS A PUNDIT

Radio TT’s coverage will also be bolstered by a team of top pundits, who will support Chris and Beth with extra insight and expert analysis. All are incredibly popular in their own right, but particularly admired by TT fans are two fast women who boast several records, awards and accolades between them: Jenny Tinmouth and Maria Costello MBE.

Despite not racing at the TT for a decade, Jenny remains a firm favourite here on the island, and holds two world records thanks to her achievements at the TT. Today the former factory Honda rider splits her time between building and racing bikes with her work as a stunt rider on the big screen, using her skills on a motorcycle to provide some edge-of-your seat excitement to a number of blockbuster movies.

Maria, who still races, of course, has one boot in the Supertwin class and one boot in the Sidecar class. A contemporary of the biggest names in TT racing today, she brings a near-unique perspective from competing on two and three wheels – as well as racing as the lone female in the solo classes. A man who has both feet firmly in the world of three-wheels, however, is Patrick Farrance; the likeable TT winner set to cast his expert eye over the sidecar paddock.

Bringing an international flavour to the radio coverage, meanwhile, are two former competitors who could boast something of a cult following: America’s Mark Miller and Austria’s Horst Saiger. Engaging, entertaining and incredibly astute, the pair bring a wealth of experience and an impressive breadth of racing knowledge gleaned from years racing around the globe. 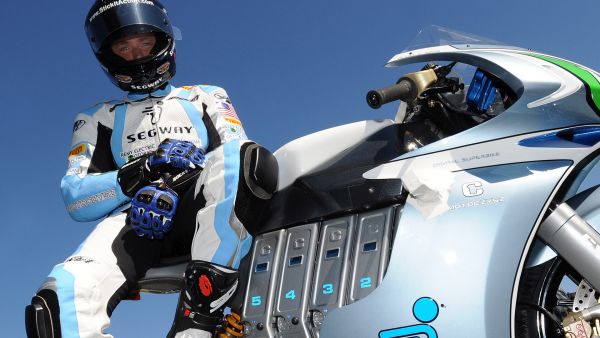 Radio TT remains a free service and requires no subscription. Simply tune in on-island via Manx Radio’s FM and AM frequencies, or click on to iomttraces.com to listen from anywhere in the world. A live timing service will also be available at iomttraces.com – again with no subscription – and is the perfect partner to your TT audio experience.