With two TTs as a passenger under his belt, last season’s F2 Cup winner, Harry Payne, is well-prepared to make his debut as a driver in 2022. But thanks to some generous backing from one of the paddock’s newest teams, DAO1886, the sport’s hottest prospect is looking to take on more than ‘The Mountain’ this season.

Payne, 29, moved to the Isle of Man with just the contents of his battered Ford Fiesta in 2016 and, although he may have been born in England, he sees himself very much as a Manxman these days.

“I fell in love with the island when I came in 2006 with my dad to watch the Manx Grand Prix. Dad brought a sidecar to the island and I was living the dream – a 14-year-old boy on holiday in the Isle of Man with my dad and a sidecar! I vividly remember Dad taking me for a lap and I was hanging out on the corners – even going through Kirk Michael at 30mph! I was hooked. I knew I wanted to race there one day.”

Fast forward a decade, and Payne was making plans to passenger at his first TT in 2016. Although it didn’t happen, he had made almost a dozen visits to the island and had made his mind up that he wanted to make it his home.

That summer, after a club race at Croft, he drove to Heysham and caught the ferry to the island, without a clue where he would live. Thankfully, he found refuge on a mate’s sofa and soon found a flat in Ramsey.

Living on the island has helped push him as hard as possible to make his TT dreams come true. He finally made his passenger debut in 2018 with Michael Jackson [the then-fastest sidecar newcomer ever] before returning in 2019 alongside local legend Dave Molyneux. 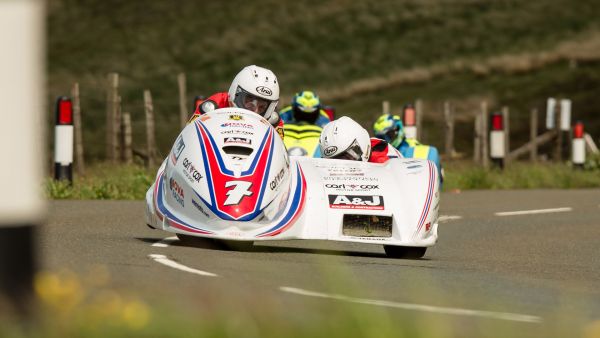 But driving – not passengering – has always been his lifelong ambition. As a child his dad, Greg, had been a racer, winning the New Era 600cc club championship in 1994 and a young Harry had been bitten by the bug.

Greg was left paralysed from the waist down after a crash at Lydden Hill in 1995, but he never lost his love for sidecars – nor the urge to dabble with whatever bikes or outfits he could get his hands on. Naturally, as soon as Harry announced he wanted to give it a go, Greg immediately sprang into action by helping to build his son’s first outfit.

Harry was finally ready to make his own racing debut when the 2020 season rolled around, planning two years on the short circuits before even contemplating the roads or the TT.

“I had a four-year plan which didn’t include the TT until at least 2021, probably 2022. I think people assume I’ve had to delay my debut because of Covid, but that’s not true. I was never going to go straight to the TT; I wanted some more experience first.”

“I know I have to approach it in a completely different way. It’s not like the short circuits where it’s just hell-for-leather for however many laps. With the TT you’ve got to be more methodical, thread the eye of the needle everywhere, and be as smooth as you can be.”

Followers of sidecar racing will know it’s been a very successful year for Payne. After joining forces with Wilkes at the start of the year, the pair lifted the British F2 Cup title and managed to fit in a few World Championship rounds too – rounding off the season with an outright win at Estoril. 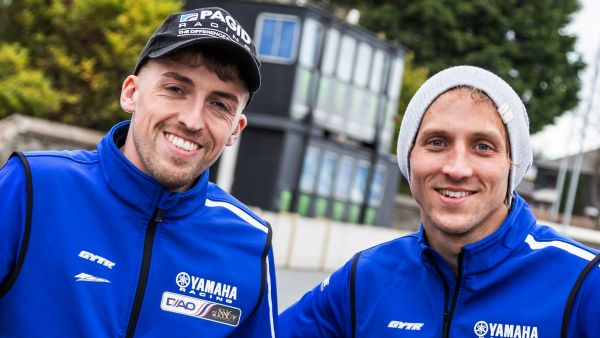 It was enough to convince the pair they ought to mount a full assault on the World Championship, but Harry also remained resolute it would need to fit around the TT. After a couple of false starts, Harry knows things are now falling into place, and believes he’s finally ready to take on the TT’s big guns.

“I know I couldn’t find a better passenger. I’ve always rated Mark – he’s probably the best passenger in the world and I couldn’t have anyone better beside me. He’s done three TTs now with Tim Reeves and has been on the podium, so having his experience is fantastic.

“We’ve gelled very well ... I think the only way you can win a TT is to have that bond with your passenger. Look at the Birchalls. They’ve been together so long and it works. The experience Mark and I have already had puts us in a great position for our first TT.”

For an Englishman, Payne has quickly integrated himself into island life and has won support from many people – not least his new sponsors, DAO Holdings and 1886 [the local bar, grill and cocktail lounge] who came together to form the new DAO1886 team.

“I love this island. I always have and I always will. Living and racing here has always been my ambition and now I’m living that dream. People joke a lot about us ‘come-overs’ as they call us, but I’m definitely a ‘stopover’, I’m not going anywhere! I love life here and I’ve received plenty of support from some amazing local sponsors.” 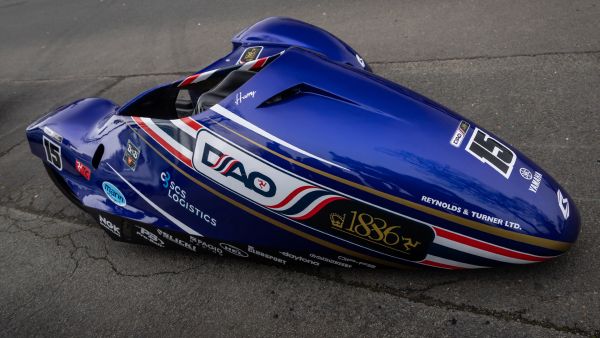 The DAO1886 team has supplied Harry and Mark with a brace of new LCR outfits ahead of the 2022 season and their dual-assault on the TT and the World Championship. It’s an ambitious project, with two months of machine preparation, a week of testing, and a full season travelling around the continent in support of the World Superbike and World Endurance Championships.

Interesting times then, but home is clearly where the heart is for this new island resident. Remember, Harry’s passion for his sport – thanks largely to his dad – has its roots in that early immersion in the TT. And how many times have we said that about TT competitors?

“I’ve been following the TT since I was a child, watching old tapes and DVDs with my dad. Seven years ago, when I started racing, I knew I wanted to race on the Mountain Course. The TT is the premier event for road racing and I want to race against the best, with the best machinery, on the best track in the world.”