It takes a combination of factors to make a TT-winning sidecar combination. Of course, you need a well-engineered outfit to ride - but you also need two individuals who can function as one, who can predict each other’s every move, who can communicate without speaking and, most importantly of all, who trust each other implicitly.

That’s something that can be built up over time, but there’s one duo who have dominated the TT in recent years through a secret weapon. They come with all those attributes already baked in because they’ve known each other all their lives, because Ben and Tom Birchall aren’t just teammates, they’re brothers.

Now ten-time TT winners, they’ve dominated the class to go practically unbeaten since 2012, with only mechanical problems seeing them fail to finish together on the top step of the podium for nearly a decade - and that’s not even mentioning the three world titles they’ve taken in the same time!

Is there a benefit to being brothers that makes them faster? Without a doubt, according to driver Ben, who says that even though he’s not raced with anyone else, he thinks their speed comes from blood.

“I don’t know anything else as I’ve never ridden with anyone else at the level we are at and neither has Tom,” he admits. “But for me it’s a massive advantage. Probably more from Tom’s side, because he knows what I’m thinking. He will react to what I do, to how I steer it. If I think I am going to hold it flat through somewhere, or pass someone, he will know what I’m going to do. That comes from blood, from being brothers.

“There is some kind of intuition going on just from growing up together, getting a handle on each other. You know what each other is thinking, what’s coming next, not exclusively from being on the bike. I can pass him the vinegar when I’m looking at his bag of chips because I know when he’s ready for a bit more. You do that with each other when you are going through life.” 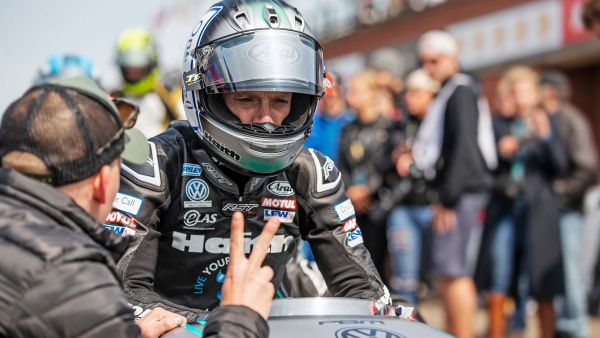 There is some kind of intuition going on just from growing up together, getting a handle on each other. You know what each other is thinking.

“Definitely on the bike it is a help because I trust him implicitly with my life – no questions asked,” adds Tom. “Not that that’s a weight on his shoulders but it’s the other way, it frees him up, lets him be totally engaged with what he’s doing almost as if he is riding that bike alone.

“He’s got someone there who is as fully committed as he is, and going through certain sections I know that I have got to be as committed if not more because I completely don’t know the outcome. He might not know the outcome but you just roll with the punches. It’s definitely a help except he will probably want me to pick his filthy dirty socks up after a race which is not a help to me!”

And it’s a relationship that pays off, as evidenced by their outstanding record together. But while it’s all good now as long as they’re winning, Tom says that he knows that neither side is carrying passengers (figuratively at least!) and that the workload is shared evenly.

“I don’t take it for granted,” he insists of his place alongside his brother. “I don’t think that the seat is mine just because my second name is Birchall. I view that seat as mine to keep hold of, I will do everything in my power to keep having my contract resumed.

“I’m not complacent but if someone wanted to take my job then they would have to come with something pretty special to take it away. If it goes stagnant or stale, we are so tight that either one of us could say pick the slack up.

“It’s strong like that and if one of us were to say I don’t have anything more to give then we would have to have a sit down and a serious conversation about it. At the moment we are both firing on all cylinders.” 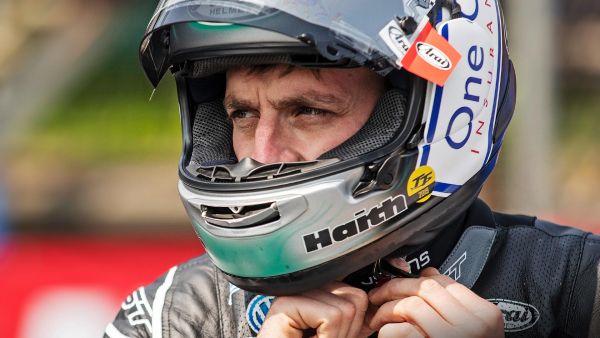 I don’t think that the seat is mine just because my second name is Birchall. I view that seat as mine to keep hold of...

Yet it doesn't sound like the two of them have any intentions of going anywhere in the near future and, despite Tom’s insistence that his seat isn’t a given, Ben isn’t ready to contemplate another passenger.

“There is something we take for granted definitely because we both just want to keep going,” explains Ben, “one year to the next, one race to the next. We just roll and go at it, but for the others it must be a right killer because they know that we are just tight, we are solid and we have that before we do anything. Before we even set off that’s set in stone.

“Dave Molyneux said to me last year, ‘I really envy you having Tom,’ and I had genuinely not really thought of it. I was driving back from somewhere and I just thought if I didn’t have that I wouldn’t do it. I couldn’t be doing with having to worry about someone else or work that out.

“At this stage in my life, if I didn’t have Tom, I wouldn’t be doing it. I would take up gardening or do something else. It’s such a great thing and a privilege to be a part of. Long may it continue.”

And indeed, now missing out on not one but two chances to add to their win tally (and to close down the record of TT legend Molyneux) gone thanks to COVID, it hasn’t slowed the pair down anything in their drive to succeed - and if anything might have fired them up even more for TT 2022!

“We have a little WhatsApp group and there are five of us involved in our TT for this journey," Ben explains. “One of my best mates Sean, Jim and Eddie, the other two lads that have been with us for a long time.

“It was ten to eight one Monday night in June recently and I was sitting in my garden and I had a beer and I thought this is not what I was supposed to be doing. I sent a message saying ‘course conditions perfect all round, 10 minutes to go,’ just as if I had read the blackboard.

“I’m putting my helmet on and everyone is shitting themselves, it's the first night of practice and you can’t wait to go but wondering why you are doing it. The minute the Isle of Man ferry is allowing anyone on, I’m first man on, that’s it, I’m going.”