Glenn Irwin should already have two years of TT racing experience under his belt, but, whilst the 31-year-old was well-prepared to make his debut in 2020, the world was less prepared for Covid. Still, few newcomers to the TT Mountain Course have generated the same sort of interest as the Carrickfergus rider and the expectation from fans remains unchanged. After all, when a rider’s CV includes wins at Macau and the North West 200 – as well as British Superbike glory – it’s hard not to wonder what the future holds for Glenn at the TT.

By his own admission, Glenn can appear a confusing character, but when the subject turns to road racing, he settles down to a confident tick-over, proving to be a knowledgeable, thoughtful and passionate racer.

Now, with fewer than 6 months to go until TT 2022, Glenn’s attention has again turned to the island and his preparations for the famous event. Having come to a stop in the spring of 2020, it’s interesting to hear Glenn’s own take on the learning process and his approach to racing on the Mountain Course for the first time.

His talent on a motorcycle is unquestionable, but he has huge respect for the TT and, brushing aside any suggestion of arrogance, is noticeably at ease with his need for schooling, as he explains.

“When it comes to TT homework, it has to be obsessive. I started my homework again recently. It’s like revising for an exam that is absolutely make-or-break as to whether you get a place at the university of your dreams. You give it everything.

“I’d put a huge amount of work in [preparing for the TT] up until February 2020, but when it became apparent that the TT was cancelled, I simply switched off. You know you’ll burn out if you keep learning with the same intensity. It was only recently that I went back to my ‘revision’ and I was pleasantly surprised by the knowledge I’d retained.” 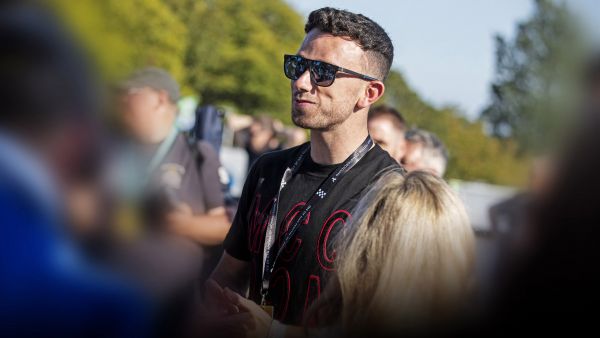 “ROAD RACING IS A CHANCE FOR ME TO REALISE MY DREAMS”

Glenn is the first to admit that this particular subject comes naturally to him, building on a level of knowledge he already has through being a TT fan. But the 31-year-old is likely to attract accusations of being a role-model pupil the way he collates as much knowledge as he can from different sources – something that will surely please the TT’s rider liaison officers, John Barton and Richard ‘Milky’ Quayle.

“I watch the John McGuinness ‘onboard’ a lot. He laps at about 132.5mph, but it’s very clean and it sits perfectly alongside the notes I’ve made while working with ‘Milky’ and ‘Barty’. The audio from John’s onboard lap is also very clear and I can now pinpoint where John is on the track just by listening to the sound of his bike rather than watching on screen. I look at it like this: I want to be a successful road racer, but I also respect the dangers. The more homework I do, the more chance I have of staying safe and being successful.”

Those who have come to the TT off the back of BSB success have naturally garnered a lot of attention. After all, it’s not that often a high-profile short-circuit rider will seriously commit to racing (and learning) on the island, or even find himself in a team that is willing to make the same commitment. 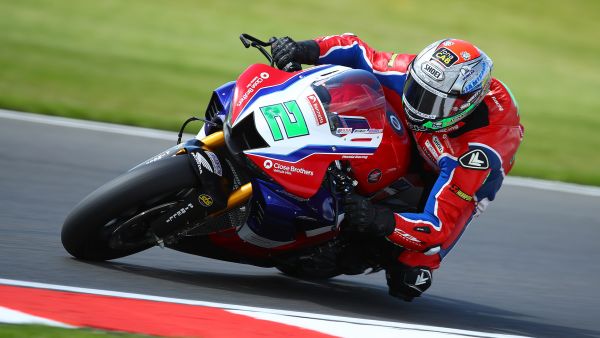 “RACING IN BSB MEANS BEING UNDER PRESSURE”

Still, it’s interesting to note that the fastest newcomers at the TT over the past decade have mostly come from this environment; Davey Todd the exception in a top-five that includes Peter Hickman, Josh Brookes, Steve Plater and Simon Andrews. Does that mean Glenn is likely to experience more pressure to perform? Not so. At least, not according to the man himself.

“Racing in BSB means being under pressure. I have to be fast in every single session and there’s an expectation put on me there to fight for podiums and wins. I don’t believe the interest in my debut will get to me in a negative way because I’m used to dealing with pressure.

“Harv [Team Manager, Havier Beltran] and the team also do a great job of keeping my feet on the ground and, while the fans might currently see me as Glenn Irwin, the BSB winner, at the TT I’ll be Glenn Irwin, the TT newcomer.

“I get that people can create hype, but honestly, when I’m racing on the roads, I feel like I’m on holiday. I’m not sure why, maybe it’s something to do with all those amazing memories I have of watching the racing as a kid. I love it as much as the next person, and that’s always helped me to relax.” 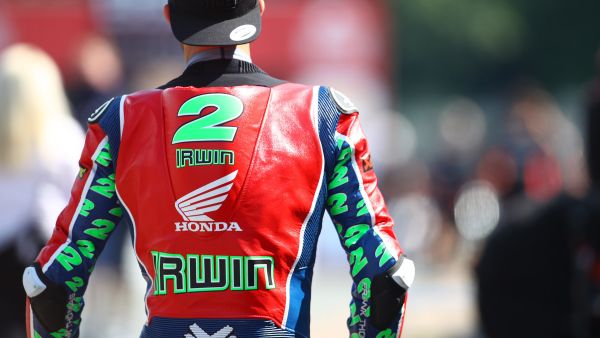 IRWIN: GLENN DRAWS INSPIRATION FROM WITHIN THE FAMILY

Early exposure to road racing is something that’s inspired many a TT racer over the years. Glenn was a young boy when he peaked over the fences and hedgerows to get a glimpse of dad, Alan Irwin, racing alongside his hero, Joey Dunlop. It perhaps makes the difference for Glenn, when he considers what road racing means to him.

“In BSB I race against some of the best riders that have filtered into the series from various championships around the world. To achieve results in BSB and know that I can perform in that environment gives me great confidence as a motorbike racer.

“Road racing, however, is a chance for me to realise my dreams. Some of my earliest memories from when I was a little boy are from when I’ve watched at Juniper Hill during the Northwest 200, or Dawson’s Bend during the Ulster Grand Prix.”

Road racing is very much in the DNA of motorcycling in Northern Ireland, of course, and the country shares a rich sporting heritage with the Isle of Man – even the island’s capital is twinned with Joey Dunlop’s hometown. In Northern Ireland, the sport’s biggest heroes are most often forged on the island’s roads, as well as Ireland’s roads, so is Glenn ready to follow the Dunlops and McCallens of this world?

“That’s a question I’ve never been asked. To hear those names and think that one day I could be mentioned in the same sentence is very nice to hear. I don’t feel any pressure to be the next version of any of them though. I’ve always wanted to be different from everyone else in all aspects of my life; I’m a complex character!

“Let’s not forget it’s early days with regards the TT though. I’m going into the event with an open mind. I know my ability and what I can one day achieve, but for 2022 I’m looking to the other Irish guys in the top twenty. That is where I expect to be in my first year.” 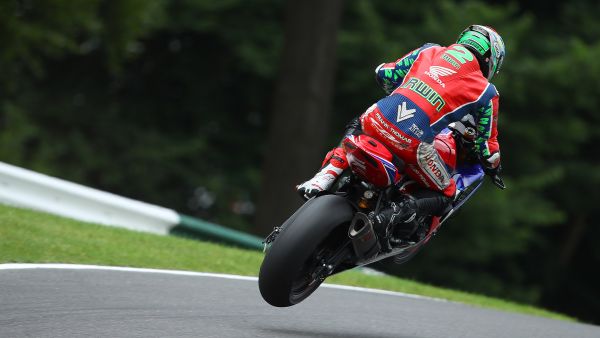 Talking about complex, Glenn’s measured approach to the TT is simultaneously ambitious and realistic. Given his undoubted talent, his proven ability on the roads, and the backing of Honda Racing UK, the 31-year-old can easily make up the two-years lost to the pandemic. But he will also know that the job takes time.

Peter Hickman, the fastest rider in the history of the TT, is a great yardstick for Irwin. Finishing as high as 8th in his debut year, it was another 4 years until this particular BSB ace lifted the ‘Silver Lady’ for the first time. Like Josh Brookes before him, those with skills honed in the cut-and-thrust world of BSB can make a big early impression, but beating those around you on the TT Mountain Course is far more difficult.

Glenn has certainly been sizing up the task in hand. Very similar to how that man Hickman approaches his own racing on the island [‘relaxing into it’] Glenn has already identified his way forward on the world’s most challenging road circuit.

“First, you’re a lot more in control of a bike when you’re on the throttle. Like lots of road racing circuits, the TT Course also features a lot of long straights after crucial corners, so I view the exit as more important than the entry. That approach won’t just make you fast, but it will also keep you safe, and it’s something that I’ll continue to adopt. It’s worked for me at Macau, the Ulster and the North West 200, so hopefully it will work at the TT too.” 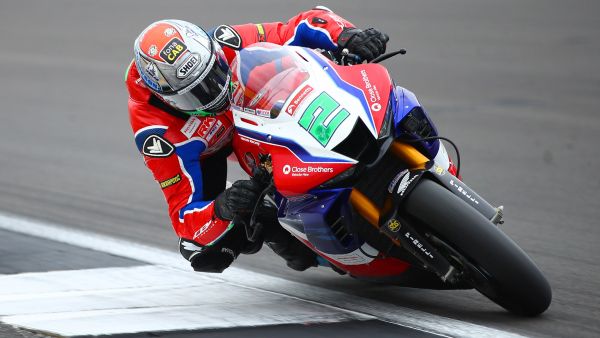 Something else Glenn isn’t changing between now and June is his team. That means the Carrickfergus ace not only has the muscle and know-how of Honda Racing UK at his back, but can enjoy all the benefits that come with knowing the bike inside-out. After all, the new Fireblade is the very bike Irwin has helped shape and develop into a race-winner.

"This bike has the potential to win road races and hopefully we can claim one at the North West. I know I’m not going to claim a win on the island, but staying with Honda for my first TT was a priority for two reasons: I really believe in the new Fireblade; and I feel at home at Honda. I don’t mean to sound complacent, but if we continue to work well together, we can achieve great things.

“There’s also the question of continuity. I’ve ridden the Fireblade for two seasons in BSB and, regardless of how good it is, I’m very familiar with it. Whenever I’ve contested road races in the past, I’ve always done so with the same team as I’ve been riding for in BSB. I’ve never had to turn up and ride a bike from one manufacturer and then another bike from a different manufacturer.”

One thing that has changed in the Honda set up, however, is Glenn’s TT teammate. Initially down to ride alongside the talented Davey Todd in 2020, Irwin will this time be sharing his little corner of the TT paddock with one of the greats: 23-time winner, John McGuinness.

“I’ve always been friends with John, but to have him as a teammate is amazing. It’s too soon to even bother looking at John’s TT data and think about trying to match what he does, but I can learn plenty of other things from him. I mentioned his onboard video earlier, but I’m now able to send screen shots to him and he’ll talk me through the finer details: the road surface; how to get the best drive; what to look out for. Whatever he has for me, I’m ready to soak it up like a sponge!” 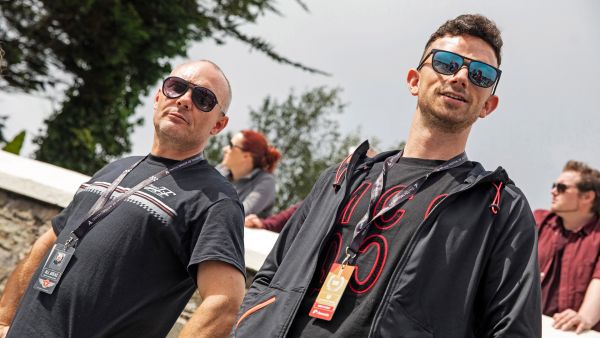 LIKE A SPONGE: SOAKING IT ALL UP WITH KEITH AMOR

But McGuinness isn’t the only TT winner Glenn can count on. Brian Reid is one of the aforementioned road racing greats hailing from Northern Ireland and brings some other, perhaps less obvious, benefits to the table, as Glenn explains.

“Being with Honda and having guys like John McGuinness and Brian Reid in my corner all goes to ensure I get the preparation right. Brian is a five-time TT winner and a close family friend. He can’t tell me where to point the bike, but he can help me get a feel for the event. I want as little of it as possible to feel new to me.”

And with Glenn Irwin, the TT newcomer, seemingly getting it all right, the only thing left to do is count down the days to that first tap on the shoulder. He may not be putting himself under pressure, but this rookie still knows what it will mean to at last call himself a TT racer.

“I’ve enjoyed every single road race I’ve done and I’m extremely passionate about the sport, but in my mind the TT is the pinnacle of motorcycle racing. I don’t think there’s a single rider in the world that wouldn’t want to have a ‘Silver Lady’ on their mantlepiece.”

With thanks to John Hogan