The concept is simple: increase downforce at the front of the machine to reduce wheelies and improve high-speed stability, thereby boosting overall performance. 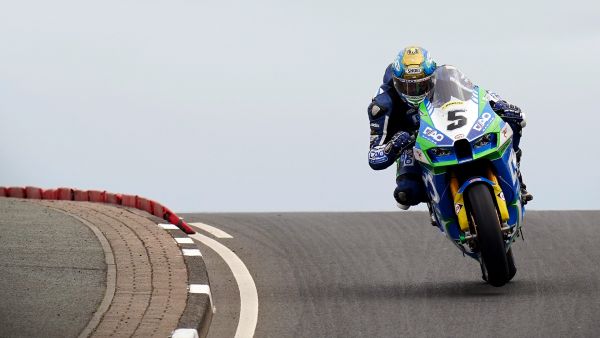 In fact downforce aero isn’t new in motorcycle racing. Both MV Agusta and Suzuki experimented with winglets on their 500cc GP bikes in the 1970s but the idea was forgotten until a decade ago, when Ducati added winglets to its Desmosedici MotoGP machine.

But, what will happen when the latest, winged M1000RR, Panigale V4 S, CBR1000RR-R and ZX-10RR hurtle around the Mountain course thisSunday? Will the downforce make them faster over a lap or could the drag that’s an inevitable part of downforce actually make them slower?

The TT will be a huge test for this latest streetbike technology, because the effect of aerodynamics increases exponentially with speed and there is no faster racetrack in the world than the TT’s Mountain course.

The bike with the most radical downforce aero is BMW’s ultra-exotic M1000RR, yours for a little over £30,000. The brand’s first M Series motorcycle features double-surface winglets that look similar to those fitted to Suzuki’s GSX-RR MotoGP bike. The winglets create 16.3 kilos of downforce at high speeds, according to BMW figures. 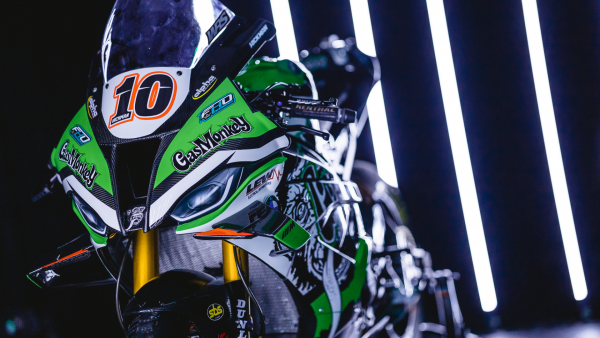 HICKMAN WILL PILOT THE GAS MONKEY GARAGE BY FHO RACING BMW M1000RR IN THE SUPERBIKE, SUPERSTOCK, AND SENIOR RACES

Outright TT record holder Peter Hickman will ride M1000RR machines in this year’s Superbike, Superstock and Senior TTs, using all the experience he gained with the machine in last year’s BSB championship.

During 2021 Hickman did back-to-back testing with BMW’s latest superbike, riding it with the M1000RR fairing, including wings, then fitting the S1000RR fairing, without wings.

“I could feel a massive difference straight away, so the wings have got to have some effect at the TT,” says the 34-year-old who holds the lap record at 135.452mph. “One question is what kind of effect will they have over the jumps?

“The wings are designed to pull the front of the bike into the ground, but obviously at 180mph that’s a lot of downforce pushing the front down, so when the bike is off the ground, like at the Crosby jump, or Ballacrye, is it going to nosedive? Or if you pick up the front up too much will the air get under the wings and pull the bike backwards? We could be over-analysing, but it’s an interesting thought.

“On the other hand, wings mean drag, which means less top speed, and a lot of the TT is about top speed. So, who knows?

“I don’t think the wings will be a too big an issue and I don’t think they’ll help at the TT the way they do at short circuits, because at the TT you’re not at the limit of grip, trying to get the bike turned.” 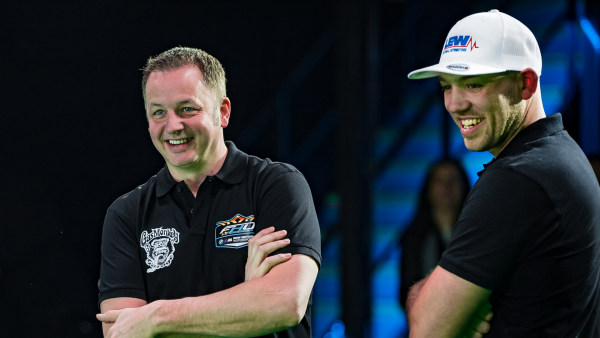 Hickman’s crew chief Darren Jones, who’s worked with Hicky for more than a decade, is more optimistic about the advantages of downforce aero at the TT, but even he can’t be sure what effect they’ll have on lap times around the 33.75-mile course.

“The front wheel will feel more planted because the aero sucks the front into the ground, so the bike will be more stable, with less wheelie and it will definitely help corner speed,” says Jones. “When we did those back-to-back tests at Cadwell I told Peter to go out and do four good laps with the S fairing, then he came into the pits and stayed on the bike while we swapped to the M fairing. He came back in after another few laps and said, oh my God, the difference is immense!

“Peter said the bike definitely wheelied less, plus when he was tipping into a corner he had to pick the bike up because it just when direct to the apex. The aero gives you more front contact and grip, so the bike turns super-well and holds its line fantastically well for the same reason.

“I think the biggest thing at the TT will be cornering on-gas. Normally, when you grab a decent amount of throttle exiting a corner the front lifts a bit and the bike runs wide because you lose front contact. With the wings the bike carries on turning, once again because the front tyre isn’t losing contact with the ground, so you’ve got more grip. Peter also says the amount of feel he gets from the front end is unbelievable.”

Jones understands that downforce equals drag but he’s sure that the overall wind-tunnel work BMW did with the M1000RR has at least made up for any loss through that drag.

And there’s another way the wings may increase straight-line speed at the TT. Until now riders have used the rear brake to help keep the front wheel down, which inevitably reduces speed, but the wings should do that job much more efficiently.

Hickman proved this when he scored a double BSB victory with the M1000RR at Cadwell Park last August.

“Peter’s usually on the rear brake all the time at Cadwell, but last year he never touched it once all weekend,” adds Jones.

ONLY TIME WILL TELL

If the new-wave aero does prove to be an issue over the Isle of Man’s mega-fast jumps then Hickman and others will need to roll the throttle. But once again, it’s likely that if the wings cost a few hundreds of a second at these points, they will more than compensate around other parts of the course.

“Peter is pretty confident the wings won’t hamper him on the jumps – with the weight of the bike and his weight I can’t see the front end going silly high,” continues Jones. “Obviously he’ll ease into it from first practice, so he doesn’t get any nasty surprises.” 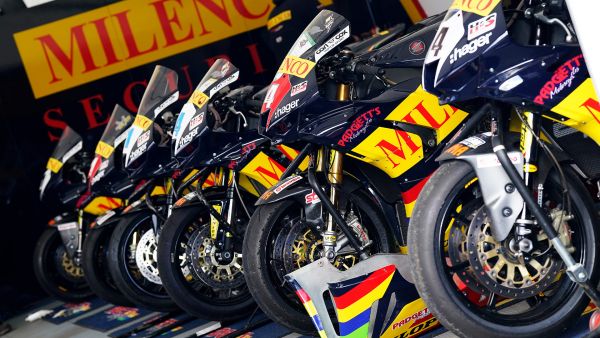 Both the Honda Superbike and Supersport machines feature wings in 2022

Only one other current showroom superbike has wings similar to the BMW – Ducati’s Panigale V4 S. Honda’s CBR1000RR-R and Kawasaki’s ZX-10RR have integral winglets within the bodywork, which most likely create less downforce than the others. Will that be a disadvantage or an advantage?

At the moment literally no one knows, so we will have to wait until first practice today, to hear what TT riders say about this new technology, and until Friday 10th June, to understand just how good it is…