If ever a racer has bolted wheels to the Isle of Man’s famed three-legged symbol, it is Dave Molyneux. This home-grown talent on mainly home-built machinery has more Tourist Trophy wins to his name than do icons Mike Hailwood and Giacomo Agostini. Like them, there is a part of the course named in his honour. Neither a Rise nor a Leap, Molyneux’s is a no-nonsense, head-down, keep-it-pinned right-hander at the end of Cronk-y-Voddy straight. And that is entirely apt.

His sidecar obsession (he has never held a motorbike road licence) shows no sign of waning as it approaches a sixth decade. There are still three wheels on this man’s outfit. He fears, however, for his niche category.

“I’ve had forty years of great times riding these things. My first TT was in 1985. I started 93rd – the last bike away – but within four years I had my first TT win. There are plenty of people out there like that, but the kids today are not getting the same opportunity because it is so governed by cost. My worry is that, after the effects of Covid are fully felt, we might have only 30 outfits on the TT grid.”

Molyneux has scored the bulk of his seventeen TT wins in the resilient era of Supersports 600cc four-strokes. The easy option, therefore, would have been to ride off into the sunset on one. Instead, he has put both his reputation and limited budget on the line by setting out to prove there is another (better?) way. 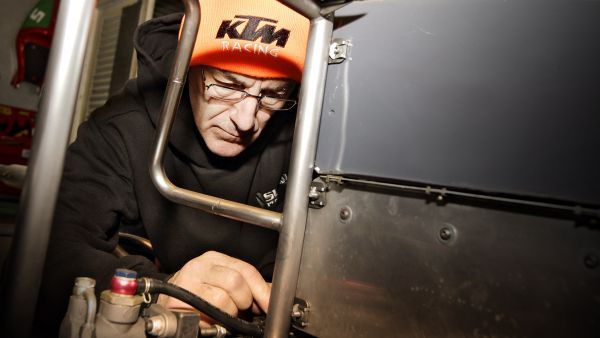 Always open to new ideas, and never happier than when doing his own (preferably different) thing, Molyneux has uniquely won TTs using Honda, Kawasaki, Suzuki and Yamaha engines. Without ever dismissing what’s gone before, his latest project looks to the future of others more than it does to his own, though he will not rule out TT win number 18!

Sidecar racing has survived without direct manufacturer support, but if it wants to continue and prosper hereafter, it cannot ignore mainstream trends. That’s why Molyneux’s outfit now strikes a new note due to the 890cc KTM parallel-twin firing within its belly. There’s a fire in Molyneux’s belly too, which becomes clear as he explains more.

“Sales of Supersports bikes have plummeted over the last few years. Yamaha has announced that it won’t be making 600s anymore; Kawasaki has stopped; Suzuki has practically given up; and Honda has fallen by the wayside.

“The young aren’t buying bikes as much as they used to. It’s middle-aged guys these days, and they want adventure bikes or ‘naked’ bikes. These are both selling like hot-cakes. All the manufacturers are mass-producing twins today, which are much cheaper to make." 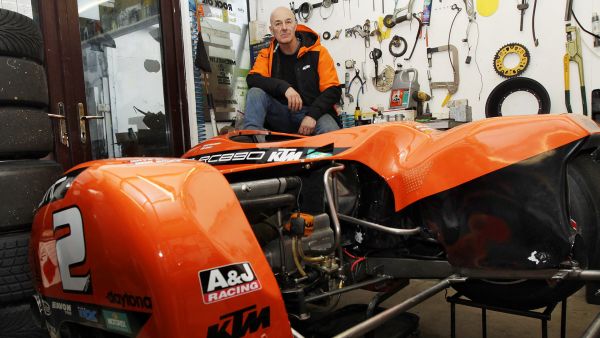 "WHAT ARE YOU DOING, YOU SILLY OLD IDIOT?"

Acknowledging the growing issues with the sport’s reliance on the dwindling Supersport market, the seventeen-time winner is the first of the TT’s front-runners to pick up the gauntlet thrown down by the event’s new regulations. As Molyneux long suspected, access to other powerplants gifts the class some extra options with real benefits – not least making the sport much cheaper.

“The KTM engine came straight out of a road bike and straight into the sidecar that was originally powered by my Yamaha R6 engine. It’s positioned at exactly the same angle as it is in the solo and, for that reason, I’ve been able to use the standard sump system. The last engine I was able to do that with was a Yamaha TZ750 back in the 1980s!

“It’s proving very reliable too. We’ve not had a single problem it. It revs to 11,000 as standard, but we have found that the lap times are better if we keep it down around 9000. It therefore has loads of over-rev, which is handy in certain areas, but its strongest point is its torque.

“Everything about it is easy. Buy one [of which more anon], drop it in and ride. It’s something that will enable kids to get started for half the cost. They could afford to keep putting new tyres on it instead of skimping because of engine costs.” 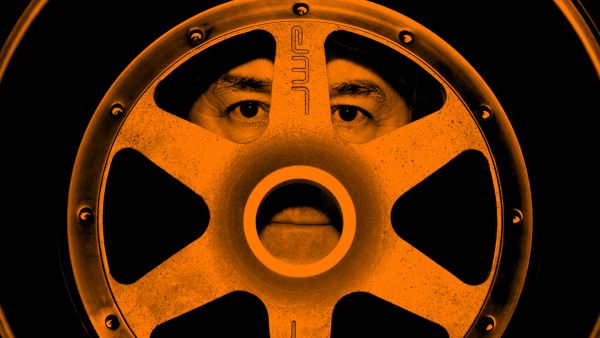 DMR: EVEN MOLY’S WHEELS ARE MADE ESPECIALLY FOR THE TT MOUNTAIN COURSE

Whilst Molyneux’s project has attracted a lot of interest and attention, what his peers and competitors actually think of it remains unclear. Meanwhile, the ACU, the sport’s governing body, has adopted a wait-and-see attitude.

“Some were saying that I was nuts even to suggest it. I think they thought it was going to be like an old BSA, or some crap thing from the 1970s. Others thought I had something up my sleeve, like factory backing. But I’ve spent four years considering this. My first KTM engine sat on a bench for twelve months before I even offered it up. And I’ve not had a penny from KTM.”

Molyneux, however, has recently made contact with the go-ahead Austrian brand – albeit one with no TT history – thanks to some reverse psychology.

“I almost went for a BMW twin, but chose the KTM instead because I wanted to be the first to use it. My bike was plain black originally. Once it was going well, however, I painted it factory KTM colours. I did it myself and so it only cost me a couple of litres of paint.

“Suddenly KTM was following this mysterious orange sidecar on the internet. They love it now. I’ve asked them to make engines available to competitors, solos or sidecars, through dealers. That would be a great help and they are considering it.” 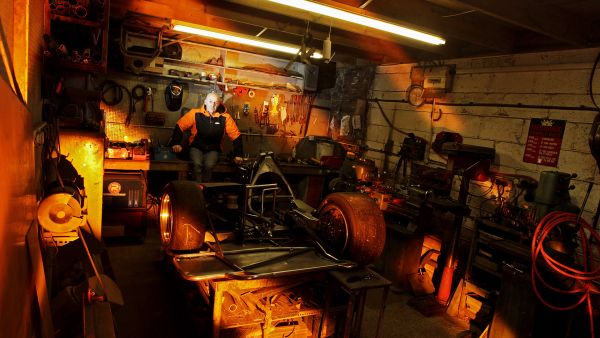 Molyneux’s current engines, meanwhile, were acquired the old-school way: one was taken from a crashed second-hand frame and the other is from a demo bike bought at mate’s rates. It’s a far cry from the world Molyneux remembers.

“I managed to run in Grand Prix [the world series] for half a year in 1996 via wildcard rides. There were the likes of me scratching around in the top-six using a second-hand engine costing £20,000, while the big four teams each had six £40,000 engines in the back of their trucks. The ACU had let it get out of control and the bubble burst.”

Sidecar racing thus lost its place at the top table, and though a world series continues to this day, its global shop window today is in truth the TT. Molyneux’s twin has been given the green light to compete against the 600s in the edition, which can’t come early enough for the veteran racer.

“The last two years have been incredibly frustrating, especially as I’m not getting any younger. But it’s been good in another way: I’ve had time to develop the bike. After riding it the first couple of times, I reckoned on a top-six finish. Now I reckon on a podium.” 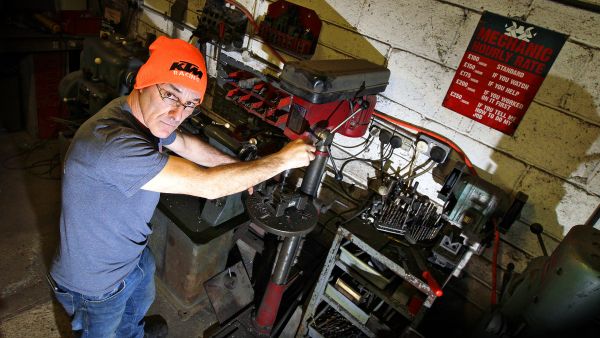 Testing and racing on short circuits – albeit always with a view to the particular demands of the TT – has dampened the doubters and reinvigorated its creator, who continues to seek more purpose in his what he does.

“I might be past it, but I don’t care – I’m excited by the challenge. The new bike runs really well alongside the 600s. In fact, it’s better than I had imagined it would be and I’ve started to think I may win another TT. [Told you!]

“But I didn’t go into it with that in mind. This is about class survival. The Sidecar TT relies on the club scene, so we need to expand and strengthen that throughout the world. I don’t want to arrive 15 years down the road, retired as an old man, and think it might have survived had I done something. It won’t survive the way it is.

“We need to take a really big step. We can’t get rid of the 600s just like that – too many people have a lot invested in them – but we can blend something new and different to run alongside them. Racing will go through massive changes in the next five years. This is our chance to make the sidecar class stretch that bit longer.”