McGUINNESS: THE GREATEST EVER?

It’s the conversation that takes place in pubs across the land – and especially on that little island in the middle of the Irish Sea. Who is the greatest TT racer of all time?

This is a different question from who is the most successful TT racer of all time? That’s an easy one to answer. Here are the 11 most successful (solo) TT riders in history: Joey Dunlop (26 victories), John McGuinness (23), Michael Dunlop (19), Ian Hutchinson (16), Mike Hailwood (14), Bruce Anstey and Ian Lougher (10), Steve Hislop and Phil McCallen (11) and Giacomo Agostini and Stanley Woods (10).

We can therefore assume that the greatest TT racer of all time must be somewhere in that list. But which rider deserves the accolade more than all the others? Perhaps we should start with a straight duel between the two riders at the very top of the list: the late, great Joey Dunlop and McGuinness. 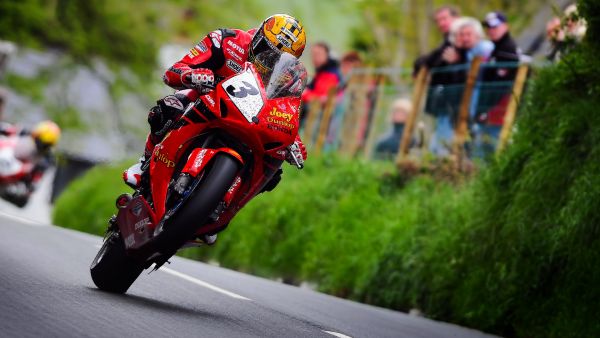 Dunlop contested 100 TT races over 25 years between 1976 and 2000, making his final appearance in the 2000 Senior TT. He won 26 TTs, the first in 1977 aboard a Yamaha TZ750, the last aboard a Honda RS125, when he shared the podium with brother Robert. Joey also shared the podium with McGuinness that year, the latter man finishing third in the Formula 1 TT that cemented Joey’s legendary status – the Ballymoney man storming to victory aged 48.

Both men have therefore had similar careers on the Island: a quarter of a century each, during which time the machinery has never stopped changing, from an evil F750 two-stroke to a converted road bike, for Dunlop, and from a sweet little 250cc GP bike to an electric-powered motorcycle, for McGuinness. 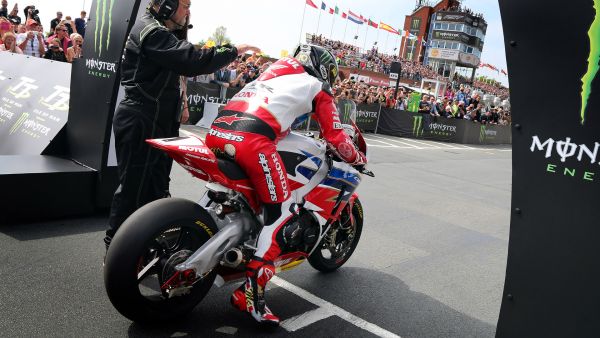 McGUINNESS HAS RECEIVED THE ‘TAP ON THE SHOULDER’ NINETY-NINE TIMES

McGuinness has had to constantly evolve and adapt, just as Dunlop did, not only to different bikes and different tyres, but also to a racetrack which, although fundamentally looks the same, has evolved in other ways.

Dunlop’s TZ750 made about 120 horsepower, slightly more than half the output of a modern superbike, but delivered in a much more brutal fashion – and through narrow treaded tyres that weren’t really up to the job. Dunlop won on that bike at an average speed of 108.867mph. McGuinness won his last TT on a superbike at an average speed of 130.481mph.

Motorcycles have become both easier and harder to ride. They are easier to ride today because advances in technology mean friendlier engines, better suspension and better tyres. They are harder because the bikes have so much power and grip. 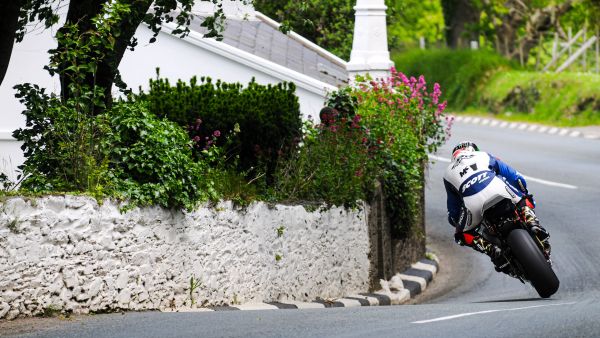 It’s not just the performance of motorcycles that’s changed, either. Dunlop won his first TT – the 1977 Jubilee race – despite stopping at Ramsey to have a look at his rear tyre because he was worried it was falling apart. He still beat George Fogarty by 51 seconds.

He won his second TT – the 1980 Classic – despite his oversize fuel tank coming loose. He had to hold it in place with his legs and take it easy over the jumps, especially Ballaugh Bridge. He still beat Mick Grant’s factory Honda by 20 seconds.

Any rider suffering those problems today wouldn’t win a TT because the racing is far closer now, thanks to the similar performance of the different motorcycles – as well as the much-improved reliability. To prove the point, Dunlop secured his 26 victories with an average advantage of 48 seconds, whilst McGuinness’ average winning advantage is almost half that: 25 seconds.

Does this suggest that racing is more competitive today? Probably, yes. But Dunlop beat many TT greats into second place during his career, including Mick Grant, Steve Hislop, Ian Lougher, Brian Reid, Tony Rutter and, of course, younger brother Robert.

What about McGuinness? He’s shared the podium with Joey Dunlop, Michael Rutter, Bruce Anstey, Ian Hutchinson, Michael Dunlop, Cameron Donald and many others; most of them on much more equal machinery. 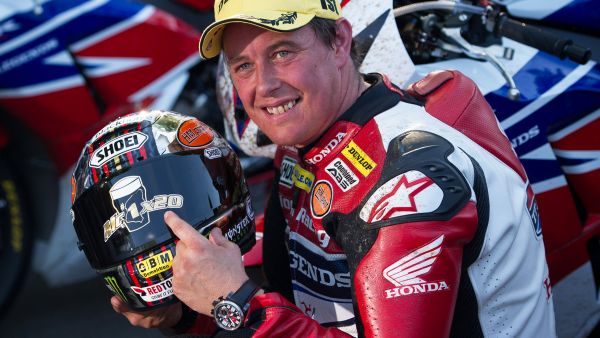 GOT THE THIRST: MCGUINNESS IS ONLY THE SECOND RIDER IN HISTORY TO REACH 20 TT WINS

KINGS OF THE WILD FRONTIER

Who is the best? It’s impossible to say, because there are so many variables at play. However, while Dunlop is usually considered to be the undisputed king of the TT, I think McGuinness should be considered his equal for all the above reasons and more: the longevity of his career; his successes across so many different machine types; the riders he beat; and his ability to fight back from injury.

This is a personal view and this kind of judgement can only be personal, because it can only be found through opinion. Of course, McGuinness himself might not agree with my verdict. He has been a fan of Joey Dunlop ever since he was a kid, and has such huge respect for him that he often says (possibly tongue-in-cheek) he will quit the TT if he ever equals Dunlop’s record of 26 victories.

In 2022 he will be back on a competitive superbike for the first time in years, but he will be 50-years-old when he makes his 100th TT start; two years older than Dunlop was when he scored that magnificent hat-trick of victories in 2000. Only time will tell if he can get closer to the great man’s mark. 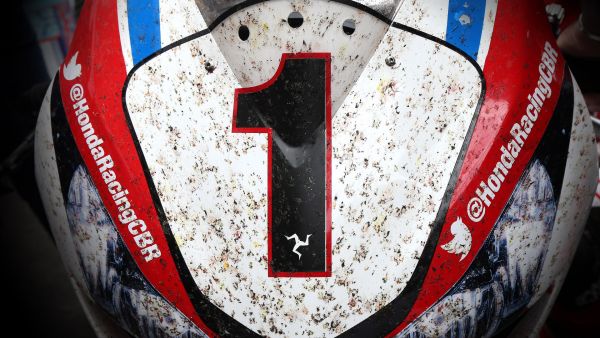 WHO WOULD BE YOUR NUMBER ONE AND WHO MAKES UP YOUR ULTIMATE TT PODIUM?

After all, how does one split the likes of Mike Hailwood and Giacomo Agostini, or Michael Dunlop and Ian Hutchinson? Michael will almost certainly win more TT races. Hutchinson, meanwhile, would have likely won many more if he hadn’t suffered so horrendously through injuries.

But there’s those infuriating variables again, and they are at play when we consider other TT greats. How many more TTs would Mike Hailwood have won if he hadn’t turned his attention so early to four wheels? What if Stan Woods hadn’t raced at a time when motorcycles were so fragile? What if Steve Hislop continued racing on the island, accommodating the roads and circuits for longer?

The decision must come down to personal preference. In which case, I’ll choose Steve Hislop. Why? Because I simply loved his style, and because we were briefly team-mates. Oh, and Stan Woods too, because to win ten TTs in the 1920s and 1930s really is something else. Also … I once spent a week in hospital while lying in the next bed to him!

Who would you choose?