The Isle of Man TT has featured Production races during two short periods: from 1967 to 1976 and from 1984 to 2004. But, in fact, production bikes – from a factory’s production line, as opposed to purebred race machines – have been racing around the Isle of Man since the very beginning and nowadays dominate all classes, in the form of Superbike, Superstock, Supersport and Supertwin machines.

Indeed, the term Tourist Trophy refers to so-called touring models, which everyday motorcyclists rode in the early years of the 20th century. The original idea of the TT wasn’t only competition between riders, it was also to accelerate the rate of technical development through the white heat of competition.

The Peugeot-powered Norton ridden to victory by Rem Fowler in the inaugural 1907 TT had been part of the Norton catalogue since the previous autumn, priced at around £50. And the decision to expand the TT into the Mountain course in 1911 was made specifically to develop better road bikes suitable for real-world conditions. “One of the most important reasons for the inclusion of the road over the mountain is that it will test the cooling of engines in a manner never before attempted,” wrote The Motor Cycle in 1911.

The Mountain course also encouraged immediate advances in motorcycle transmissions – the 1911 Senior TT was dominated by Indian’s v-twin, with its two-speed transmission and chain final drive, which sounded the death knell for single-speed machines and belt-drive. Lessons were being learned and road bikes were getting better.

Of course, the huge marketing value of victory at the TT soon had manufacturers getting sneaky and building special race bikes for the Isle of Man. Before too long full-blown grand prix machines dominated every class.

In 1967 the TT organisers finally did something about the sullying of the original Tourist Trophy ethos – they created the first Production TT. The three classes of the inaugural ‘proddie’ TT were won by a Triumph 650 Bonneville, Velocette Venom 500 and Bultaco Metrella 250. John Hartle’s winning Bonnie averaged 97mph.

The final years of the first era of TT production racing were dominated by a factory-entered Triumph Trident, nicknamed Slippery Sam for its habit of leaking lubricant. The 1975 ‘proddie’ TT was the longest-ever TT – two riders taking turns over ten laps, all on the same set of tyres. Dave Croxford and Alex George won the race on Slippery Sam, at 99.6mph.

The Production TT was dropped after the 1976 event to make way for the new TT Formula 1, TT Formula 2 and TT Formula 3 classes, using tuned road-bike engines in race chassis. Eight years later it was back. In 1984 Britain was struggling its way out of recession, which had had a huge impact on the racing scene, so what was required was bargain-basement racing. And there’s nothing cheaper than racing road bikes straight out of the showroom.

This was also the perfect time for a Production TT renaissance because the Japanese manufacturers were producing a new breed of road bike – machines like Kawasaki’s GPz900R, Honda’s VF750F and Suzuki’s RG250 – that was very much at home on the racetrack.

Some TT riders took the Production race more seriously than others. Joker Steve Parrish contested the 1984 1500cc class aboard a Yamaha FJ1100 sports-tourer and spent much of the race tooting his horn at spectators. Afterwards Parrish was reprimanded by ACU president Vernon Cooper. He got his own back by letting down the tyres on Cooper’s Jaguar.

Nevertheless, the Production TT quickly became one of the biggest and most lucrative races, thanks to Britain’s late 1980s economic boom and booming demand for these thrilling, high-performance roadsters. Race winners could take home around £40,000 for a win, through prize money and fat bonuses from manufacturers, tyre companies and so on.

In 1984 the big class was won by Geoff Johnson and a GPz900R at 105mph, the same speed of the 1976 Senior TT, just six years earlier. The acceleration in superbike performance during this period was phenomenal. In 1986 the big production class was won by Trevor Nation and Suzuki’s new GSX-R1100 at 111mph, just two miles an hour slower than Roger Burnett’s Senior TT-winning speed, aboard a Honda RS500 GP bike. 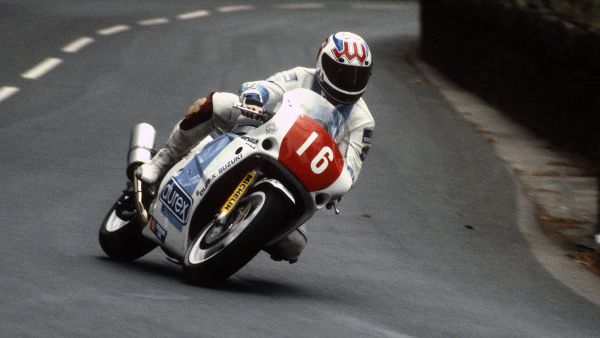 In fact, things were moving too fast, or at least some parts of the motorcycles were. As is so often the case in motorsport, engines were out-performing chassis. The GSX-R1100 made 130 horsepower – good for 170mph – but weighed a massive 200 kilos. At the 1989 TT Phil Mellor and Steve Henshaw lost their lives when they crashed their GSX-R1100s in the big proddie race.

The reaction was immediate – all Production races were dropped from the following year’s TT, replaced by 400cc and 600cc Supersport races, which allowed more chassis modifications. Thus, you could point to the 1990 TT as the starting point for the current TT programme.

In 1996 the Production TT was reintroduced – for 1000cc machines – because superbikes were taking another leap forward with the launch of bikes like Honda’s Fireblade and Yamaha’s YZF-R1. The 600 Production TT also made a brief reappearance.

The last Production TTs were staged in 2004, when Bruce Anstey and a GSX-R1000 won the big class at a staggering 123.7mph. Just four years earlier the outright race record had stood at 122mph, underlining the continued steep curve of ever-improving road bike performance. 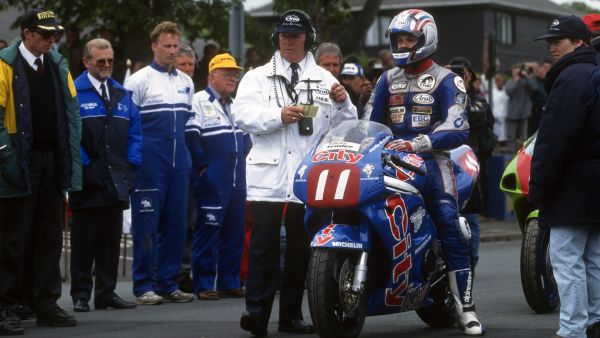 The production class was reintroduced for 1996, with Phillip McCallen taking victory on his way to a historic 4 wins in a week

In 2005 the process that had begun with the introduction of the first Supersport races 15 years earlier continued. The Formula 1 race became the Superbike TT, the 1000cc and 600cc proddie races became the Superstock and Supersport races and the Senior was run under Superbike TT rules. Possibly for the first time in almost a century, every machine contesting the TT was essentially a road bike.

This makes all kinds of sense. The TT course is a public road closed for racing, so it’s the perfect place to race road bikes and race bikes based on road bikes. In fact, superbikes – highly tuned and tweaked versions of the machines that anyone can buy from a showroom – have ruled the TT since the late 1980s. The last two Senior TTs won by purebred race bikes were the 1987 race, won by Joey Dunlop on an RS500, and the 1992 event, won by Steve Hislop on a Norton rotary.

Inevitably the outright race-record speed has continued to rise, despite the absence of GP bikes. The current race and lap records belong to Peter Hickman and BMW’s S1000RR, the German manufacturer’s first-ever superbike. Hickman set the current lap record of 135.4mph in the 2018 Senior TT and took the race record in the following year’s Superbike TT at 132.6mph.

Arguably even more impressive is the speed of Superstock bikes, which are very close to showroom spec. Modifications are limited to cylinder-head polishing, race cams, fork internals, race shock and race pipe. At the most recent TT – the 2019 event – Hickman’s Superstock race speed was just 0.2mph slower than his Senior-winning speed.

How is this possible when Superstock bikes have around 20 fewer horsepower and road tyres instead of slicks? Because superbikes are faster, but they are also more difficult to ride, so the positives and negatives can cancel each other out.

Either way, these remarkable speeds prove that BMW’s policy of using TT input to improve its superbikes is paying huge dividends. 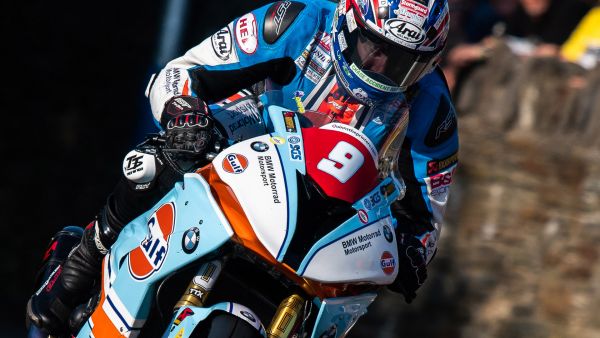 BMW have dominated the Superstock class in recent years, winning all but one race since 2014