TOO LATE TO STOP NOW

Despite a two-year hiatus, Philip Neill finds it difficult to imagine a time when he and his team no longer travel to the Isle of Man to take part in the TT races. Few people are as emotionally and financially invested in the TT as the team manager of TAS Racing who, along with his father, Hector Neill, has experienced two decades of incredible success on the island. Mixed with a roller-coaster of emotions and those bitter-sweet memories we often experience as fans, the team’s own story is so closely entwined with that of the TT, it’s no stretch of the imagination to think that Philip has missed the TT as much as anyone:

‘Yes, absolutely! Someone mentioned the TT to me last night, and strangely I started to feel nervous, I could feel the tension even at home. My father has a different outlook at the TT, though. For him, it’s pure joy, but for me, it’s nerves mixed with joy. As soon as we arrive and start the drive up to the paddock, I feel that mix of nerves and excitement - it’s a special place.’

Perhaps it’s a ‘generational thing’ that explains the difference between how Philip and his father Hector approach the fabled event. If you peel back the pages of the TT’s history books, Hector’s relationship with the Isle of Man stretches back to another era entirely, sponsoring the great Joey Dunlop in the late 1970s. Hector went on to run a privateer team in 1982, winning that year’s Senior TT with debutant Norman Brown and beating the official factory teams from Honda and Suzuki along the way – albeit with a little creativity from the wily tactician!

The TT is littered with such ‘David and Goliath’ moments, but today’s TT is - in many ways - more professional and comes with different pressures that Philip, as team manager, burdens on his own shoulders first and foremost. Even as the world struggled to come to terms with a global pandemic, Philip remained focussed on the team and continued planning for a TT return at the earliest opportunity:

‘We hadn’t released any official announcement around our plans for the TT, but we were working in the background with Michael Dunlop. We were talking to sponsors and building bikes - even though we suspected it was in doubt. In hindsight, the organisers got it spot on by calling it off early, and this certainly helped us with our contracts and organisation.

‘It’s still early days, but in a normal year we would be planning for the next TT in July or August, so we are only a few weeks away from getting the wheels turning again. We haven’t sat down with riders or sponsors as yet, but we will be at the TT in 2022.’ 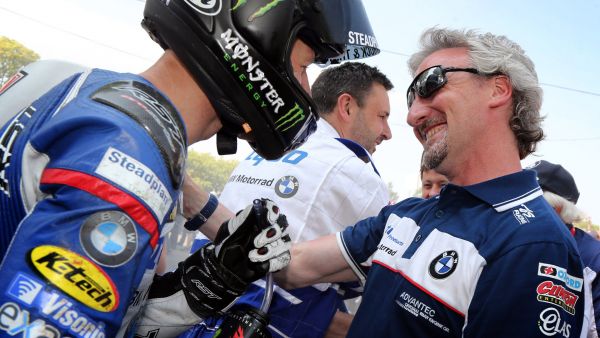 Someone mentioned the TT to me last night, and strangely I started to feel nervous, I could feel the tension even at home

And what of TT 2022? After two years with no TT racing, there is already some expectation that the formbook will be reset - at least a little. With experience counting for a lot around the TT Course, should we see the team’s own extensive knowledge and experience as an advantage when it comes to piecing together those plans? Philip, like many of us, finds it all quite fascinating and doesn’t rule out the effects of a two-year break in his thinking:

‘For the past few years at the TT, the riders who have done well are those at the sharp end of motorcycle racing – those who are getting plenty of time on the bike. When we rode with Hutchy (Ian Hutchinson), he was at the top of his game, running high in British Superstock. He had a real connection with the bike and a lot of confidence which came with all that time on track. I think more road racers will follow this path – certainly this year - and we can already see that with Michael (Dunlop); he’s getting plenty of track time at the moment, building back up and putting in the hard work.’

However, this question was one that Philip, with his decades of experience, knows has no simple answer and - like many things at the TT - is not as straight-forward as it might be elsewhere in the world of motorcycle racing.

‘If the weather is poor and there are fewer qualifying sessions, that might yet favour the most experienced TT competitors and not necessarily those racing each week. It really does depend on the number of miles they get through qualifying. And let’s not forget there are some riders who can famously just turn up and ride fast – riders like Bruce Anstey. It will certainly be interesting and it’s a question without a definitive answer.’

One suspects it’s just the sort of conundrum that Philip enjoys thinking about. Indeed, to plan and look forward to the TT once more will no doubt bring great joy to both generations of the Neill family.

Today it’s impossible to re-run the greatest moments of the TT in your mind – at least this side of the millennium - without conjuring images of the blue-and-white liveried bikes and those riding them. From David Jefferies, Ian Lougher and Adrian Archibald, to Cameron Donald, Bruce Anstey and Guy Martin, the list of riders who have ridden for the Northern Ireland outfit reads like a ‘who’s-who’ of road racing. With some of their most memorable TT victories coming at the hands of the aforementioned Ian Hutchinson and Michael Dunlop, the team’s riders have today combined to deliver 18 TT wins. 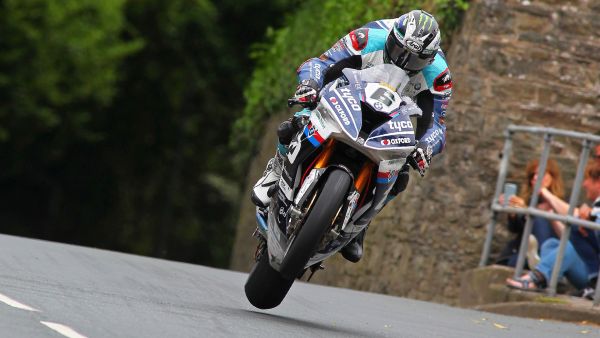 We hadn’t released any official announcement around our plans for the TT, but we were working in the background with Michael Dunlop

Father and son are rightly proud of their legacy, and 2021 sees them ready for the next chapter in their story. In fact, TAS Racing have perhaps played more of a role in the TT this past 12 months as you might reasonably expect. Invited to participate in an extensive consultation and input into the future shape of the world-famous races, Philip took the opportunity with both hands:

‘In a strange way, this break in racing has allowed the organisers to secure the future of the TT, giving them real time to look at how they can improve the TT. They have put in a huge amount of effort, looking at all the detail and in a very professional way. A huge amount of work is going on - even though there is no live racing right now.

‘For me, that’s very motivating. Having witnessed that ambition over the past few months I was expecting some significant changes, but I’m still pleasantly surprised by some of the announcements that have been made – it really is an exciting time for us all.'

If it feels like a new era for the TT and TAS Racing’s father and son, none of us should worry about the famous team hanging up their laurels just yet. Philip’s fellow countryman, Van Morrison, may be more famous for the phrase ‘too late to stop now’, but those five words surely apply just as well to Philip and Hector.

‘We’ve got a really good relationship with the TT organisers and that’s so important for us as a team - it’s what brings us back every year and we’ll be there in 2022. I think it will be a record year, bigger and better than ever.’