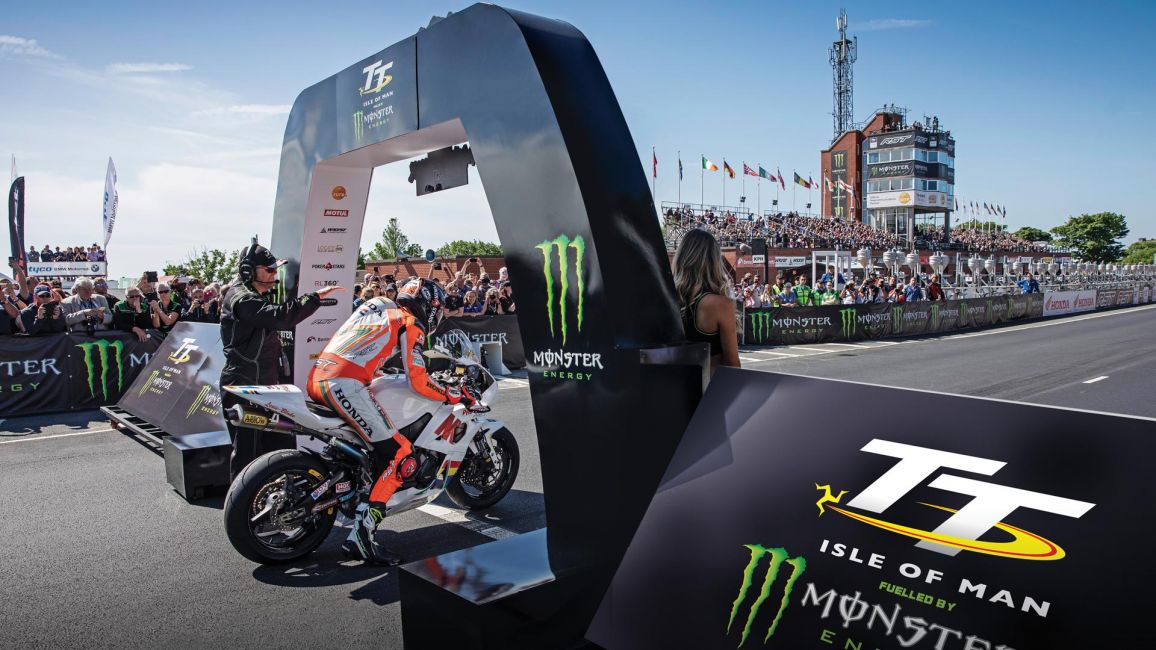 The 2019 Isle of Man TT Races fuelled by Monster Energy get underway in less than 100 days’ time.

Action is scheduled to get under way on Saturday 25th May with the opening Qualifying Session. Roads are due to close around the TT Course at 18:00, with Speed Controlled Laps for Newcomer competitors taking place at 18:20. From 18:45, the rest of the solo field will get their first laps of 2019 in a qualifying session for Lightweight and Supersport machines.

Many of the leading riders have confirmed their plans for TT 2019 with the likes of Peter Hickman, Dean Harrison, Michael Dunlop, Ian Hutchinson and Conor Cummins remaining with the same teams as last year for at least the RST Superbike and Senior TT Races.

Moving teams for 2019 is Australian David Johnson, after it was announced that he would join Ian Hutchinson at Honda Racing. He takes over from the outgoing Lee Johnston who, alongside fellow frontrunners James Hillier and Gary Johnson, has yet to announce his plans for the 2019 season.

2019 will also see John McGuinness complete his return to the Isle of Man TT Races with Norton. The 23-time TT Race winner was forced to miss TT 2018 after re-breaking the leg he originally broke at the North West 200 in 2017. Nevertheless, McGuinness threw on his leathers to complete a couple of parade laps on the Norton SG7 Superbike and then went on to make a winning return at the Classic TT presented by Bennetts in August, taking a comfortable victory in the Bennetts Senior Race. Alongside the Norton SG7 that he will ride in the Superbike and Senior Races, McGuinness is also set to contest the Bennetts Lightweight TT on the new Norton Superlight that was unveiled at the 2018 Motorcycle Live show.

Davey Todd, the standout newcomer of 2018, has moved from the Burrows Engineering Racing team to the Penz13.com team and will be onboard a BMW S1000RR in the Superbike, Senior, and RL360 Superstock Races. His fastest lap of 128.379mph, set on the opening lap of the Senior TT, established the 23-year old as the second fastest newcomer in TT history and he’s looking to improve on what he described as an ‘unbelievable’ 2018.

Excitement is also building off-track as visitors secure the best seats to watch the action and soak up the TT atmosphere.

Noble’s Park Grandstand has Sold Out for Monday and Friday’s race days, with tickets selling fast for the remaining race days on Saturday 1st and Wednesday 5th June. Tickets for the Main TT Grandstand are also on sale and are selling fast for Friday’s Senior Race Day, making now the ideal time to secure your seat!

Tickets are on sale for a range of VIP Hospitality events, including Race Day Hospitality experiences, the MotoGP Sunday Lunch, TT Preview Night and for two-time Platinum Album selling band The Feeling, who perform on Saturday 1st June.

Further rider announcements across the field and within the Superstock and Supersport classes are expected in the coming weeks alongside exciting Isle of Man TT event news, so be sure to subscribe to the Official iomttraces.com newsletter to stay up to date.

Tickets for the 2019 events are now on sale via the Official iomttraces.com website including Official Grandstand Tickets, VIP Hospitality Experiences, and Official Entertainment Events.