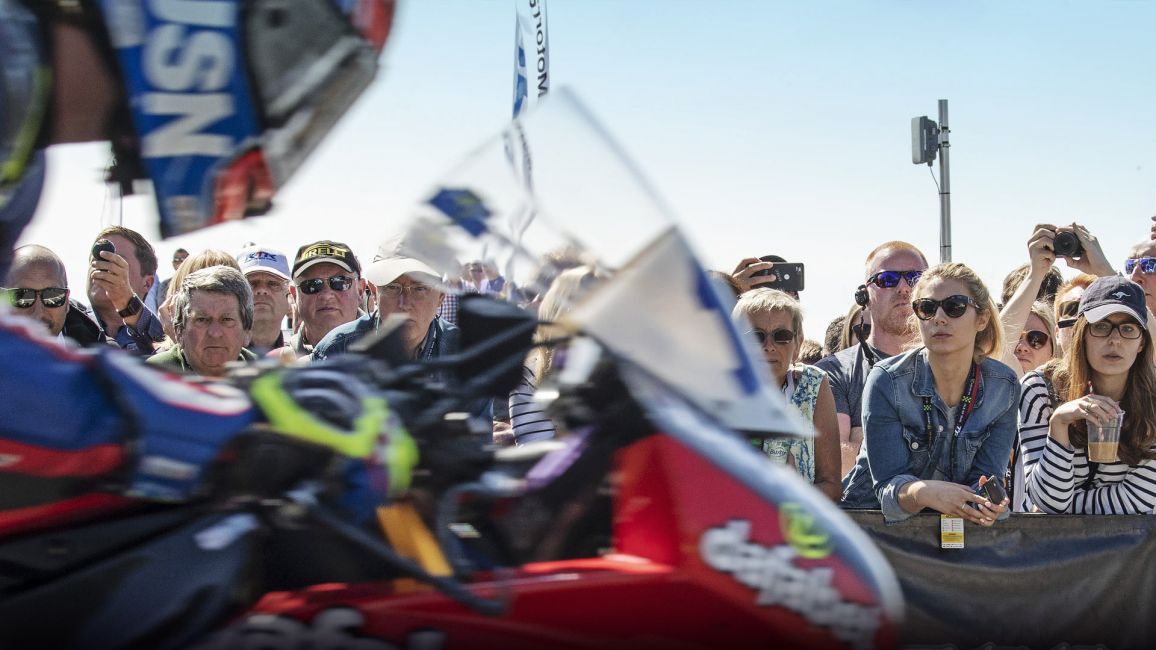 14 PICKS FOR THE SELF-ISOLATING TT FAN

Locked up indoors for the foreseeable future? Need to get your TT racing fix? Well here are our top picks of TT documentaries, films, games, books and podcasts!

16 minutes 42.778 seconds of pure, unfiltered speed. During the record-breaking 2018 Senior TT Race, Peter Hickman became the fastest man in history around the 37.73-mile TT Mountain Course when he lapped at an average speed of 135.452mph.

Having started the lap in second place, two seconds behind Dean Harrison who had led for the first five laps of the race, Hickman pulled out all the stops to take victory by two seconds.

Watch the full lap narrated by Hickman below:

Narrated by Academy Award winner Jared Leto, this feature-length documentary film is a must-watch for any TT fan, any racing fan, or even any cinephile!

Receiving universal acclaim from fans and critics alike, the film follows Guy Martin, Ian Hutchinson, Conor Cummins and many others for what would turn out to be a spectacular but tragic edition of the Isle of Man TT Races in 2010.

TT3D: Closer To The Edge is available on DVD and Blu-ray but can also be found online to watch for free. Watch the trailer below:

This access-all-areas series gives a candid insight into the lives of the team, the riders and their families.

The full series is available via the Honda Pro Racing YouTube channel and you can watch the first episode below:

Some of the biggest names in TT racing have put pen to paper in recent years, publishing their life stories and racing memoirs.

Built For Speed documents the life of John McGuinness – a 23-time TT Race winner, the King of the Mountain and the first man to lap at an average speed of 130mph.

Hutchy: Miracle Man is Ian Hutchinson’s account of his career to date. It chronicles his rise to success and his unmatched 5 TT wins in a single week as well as his horror injury and return to the top step. A similarly-titled 2016 documentary is also available on dailymotion.

Road Racer: It’s In My Blood is the sensational autobiography of one of the TT’s most successful yet enigmatic stars – Michael Dunlop. It reveals his emotional, human journey and takes the reader under the skin of this tenacious competitor.

Michael Rutter: The Life Of A Racer documents the highs and lows of the racing veteran’s career which began all the way back in 1992. It’s the remarkable tale of how one man has stayed at the pinnacle of Road Racing for almost 30 years.

Produced by Arai Helmets Europe, Through The Visor is a short, 2018 documentary that asks the likes of sidecar champions Ben & Tom Birchall, Travelling Marshal Jonny Heginbotham, and TT winners Lee Johnston and Michael Dunlop about the idiosyncrasies of the TT Races and why competitors continue to come back to race on the Isle of Man despite the risks.

Watch the full documentary below:

John McGuinness takes Dunlop Tyres around the TT Mountain Course, detailing some key points around the 37.73-mile course and the forces and pressure that go through the rider, the bikes and the tyres.

Watch the full-length documentary with extended scenes below:

3Wheeling.Media is home of the best of Sidecar racing from the Isle of Man TT and, in 2017, released a feature-length film that followed the drivers, passengers and team members from the paddock to the parc ferme and pit lane to go behind the scenes for all the highs, lows, thrills and disappointments of the TT Races.

The 3 Wheeling movie is available on DVD, Blu-Ray or to rent or buy online. Watch the trailer below:

Featuring technical improvements and reengineered motorcycle physics, Ride On The Edge 2 takes TT racing to new heights two years on from the first instalment. New riders and machinery sit alongside an enhanced career mode where you start your journey as a road racing amateur and rise through the ranks to become Senior TT Champion.

The official game of the Isle of Man TT Races is out now and available for digital download on PC, Playstation 4 and Xbox One. Watch the game’s trailer below:

As part of a multi-sport series that posed the question: ‘why do sports matter?’, the third series of Religion Of Sports premiered with The Space Between. This hour-long documentary follows privateer Dominic Herbertson and factory racer James Hillier at TT 2018, taking the viewer on a deeply emotional journey that looks at the impact of racing at the TT on the riders, their families and their teams.

Watch the full-length documentary below:

An avid motorcyclist and track-day rider himself, he tries to understand why some people take the risks even further and compete at the TT Races. It follows John Ingram, an accomplished short-circuit racer, as he makes his TT debut in 2012.

Watch the full-length feature below:

All of the Attention Paddock preview shows and Parc Ferme review shows from the 2019 Isle of Man TT Races and Classic TT Races are available as podcasts to listen to and download via the Manx Radio website.

After holding screenings across Austria, Germany and Italy, Horst Saiger’s unfortunately-titled documentary follows the fan favourite and his team at last year’s Isle of Man TT Races and is now available to watch in full online.

Winner of Best Event Coverage at the London Motor Film Festival, Chris Kippenberger’s 18-minute short film is beautifully shot and provides an emotive insight into the mindset of a TT racer.

Watch the short film below:

This short indie documentary from Scott Quayle follows his father Paul as he completes his annual 9,000-mile pilgrimage from Perth, Australia to his birthplace of the Isle of Man. It provides an immersive, fan’s-eye perspective of the Isle of Man TT Races, as they line hedgerows and stone walls to watch the World’s Ultimate Road Race.

Watch the documentary below: