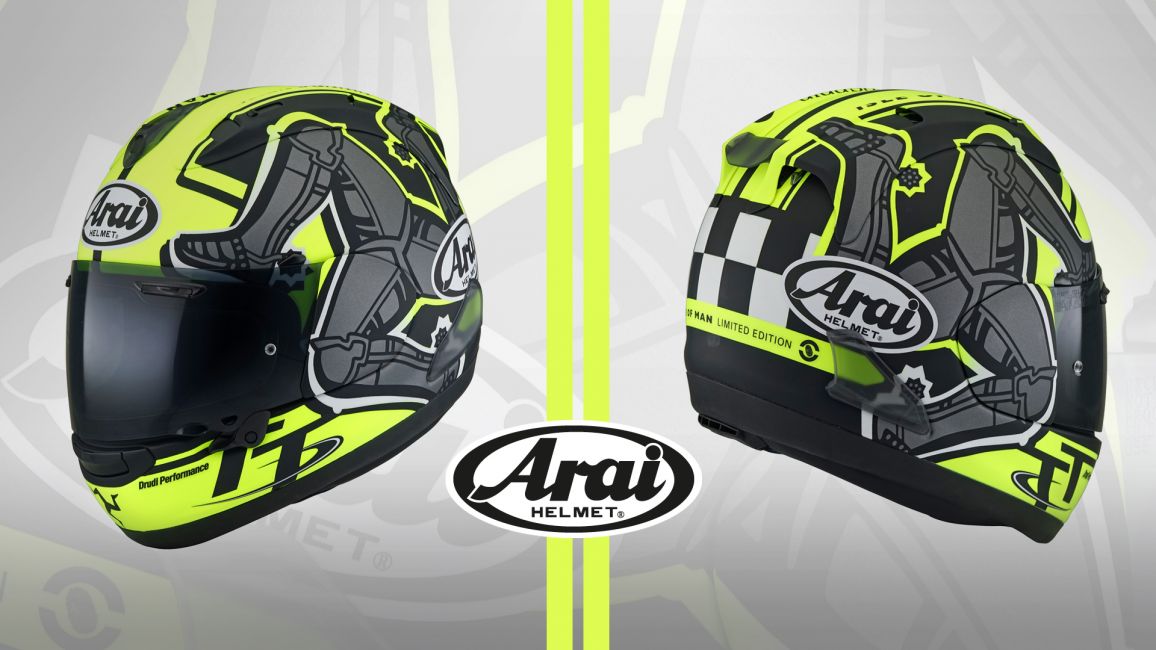 A stunning new helmet celebrates Arai’s commitment and connection with the Isle of Man TT Races again for 2019.

Leading helmet manufacturer Arai has revealed the latest in its stunning RX-7V collection of helmets designed to pay tribute to the TT Races. Michael Dunlop and Arai representative Eelco van Beek unveiled the 2019 edition at the Official launch of the 2019 Isle of Man TT Races fuelled by Monster Energy.

Arai’s Isle of Man TT Races Limited Edition RX-7V is the latest in the line of stunning, collectible helmets which began in 2007. Renowned designer Drudi Performance has ramped up the colour this year with fluorescent yellow set against black with the three legs of man, the famous triskelion, picked out in gunmetal on either side. Details include the TT logo on the chin bar and ISLE OF MAN TT LIMITED EDITION printed on the back, set below atmospheric black and white chequers.

Arai has a long history of supporting the TT Races and another factor in its popularity on the Island is the effort that goes in to supporting both riders and fans alike. Alongside the Arai Race Service the Arai Village in the TT paddock is at the very heart of Arai’s TT activity. Not only is the entire Arai collection on display, but it also offers all Arai wearers a fitting and maintenance service as well as the much sought-after visor stickers!