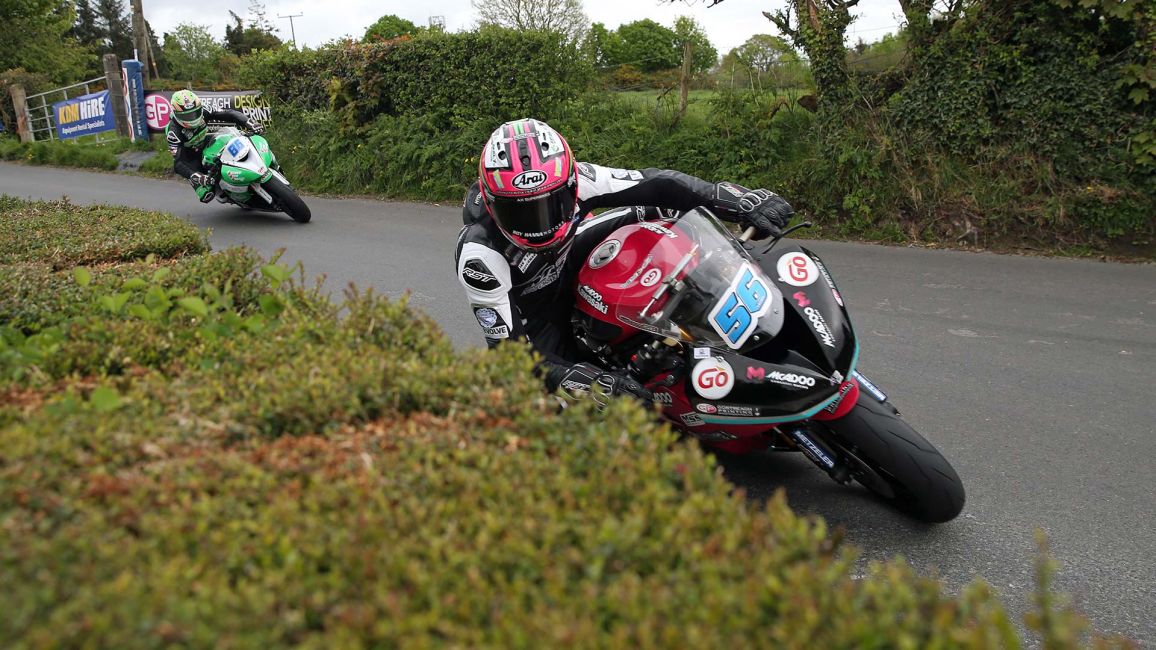 2019 ROAD RACING SEASON GETS UNDER WAY AT COOKSTOWN

The 2019 Road Racing begins this weekend with the season-opening Cookstown 100 in County Tyrone, Northern Ireland. A selection of high-profile TT riders will line up alongside the regular Irish Road Racing competitors around the 2.1-mile circuit.

Practice got underway this afternoon (Friday 26th April), with Sheils claiming pole position from McGee by just over 0.1s in the 1000cc Superbike class. Mclean qualified in third position who was closely followed by Jordan, with Sweeney a further 0.7s behind.

In the 600cc Supersport session, McGee topped the timesheets with a lap of 1m 25.753s. The reigning Irish Superbike, Supersport and Supertwin Champion finished 0.4s ahead of Mclean who was followed by Jordan, a further 0.4s down.

Following recent resurfacing works around the course, it had been hoped that the circuit lap record set by Michael Dunlop six years ago might be beaten, but with less than favourable weather conditions forecast for the weekend, this now looks unlikely.

Racing begins with the first Open race on Friday evening, followed by a busy schedule of 12 races on Saturday, April 27th.

This weekend’s racing is followed by the Tandragee 100 on May 3-4 and the North West 200 on May 12-18. The first qualifying session of the 2019 Isle of Man TT Races fuelled by Monster Energy begins one week later, with the evening’s qualifying session scheduled to get underway at 18:20 on Saturday 25th May.