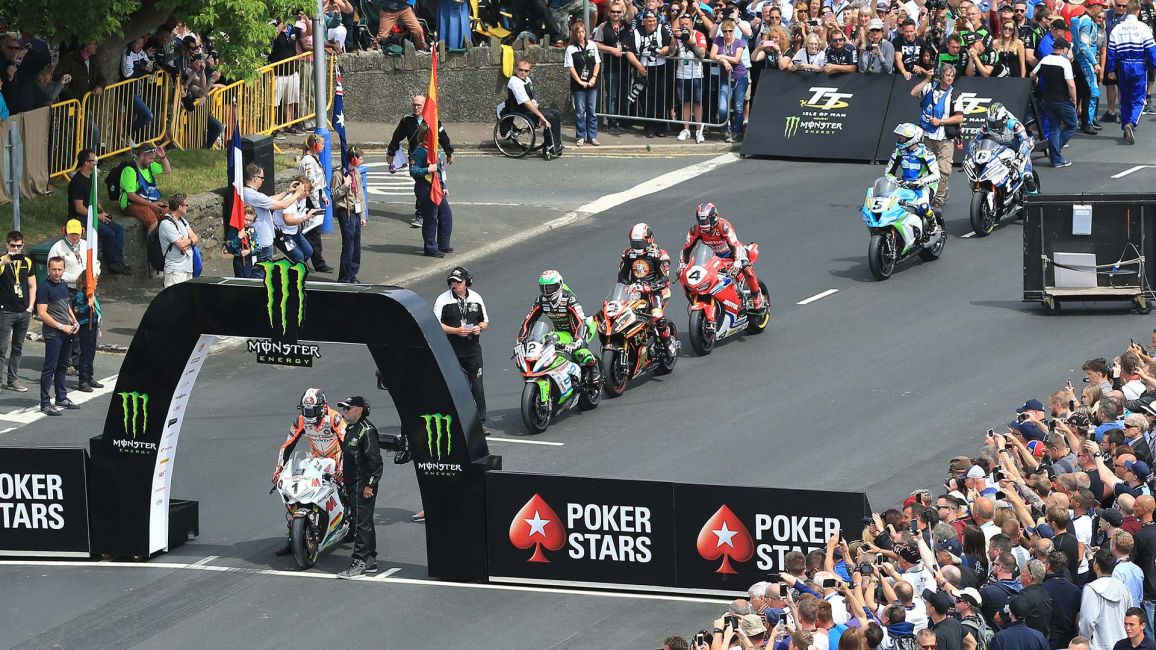 The rider line up for the Isle of Man TT Races Fuelled by Monster Energy took a big step forward this week, as three more frontrunners confirmed their teams and intentions for the 2019 season.

First to announce his plans on Thursday afternoon was 18-times TT winner Michael Dunlop, who confirmed he would return to action at the Isle of Man TT with the Tyco BMW team. While headlines were made by Dean Harrison and Peter Hickman at TT 2018 with a titanic battle in the Senior Race, Dunlop still took a hat-trick of victories in the Bennetts Lightweight Race, Monster Energy Supersport Race 1, and RST Superbike Race - the latter with Tyco BMW. Dunlop set new race records in the Superbike and Lightweight Races and new lap records  in the Lightweight (122.750mph) and Supersport (129.197mph/ 17:31.328) classes respectively.

Friday morning saw Honda Racing announce their line-up for 2019. 16-times TT winner Ian Hutchinson stays on for a second year, and an outgoing Lee Johnston is replaced by Australian, David Johnson. The news comes after two difficult years for the Honda team, with Lee Johnston struggling to gel with the SP2 Fireblade and Hutchinson still recovering from leg injuries sustained in the 2017 PokerStars Senior TT. Hutchinson admitted that 2018 was a year to build back up to full fitness and to reacquaint himself with the Honda Fireblade, and now sees himself in a strong position going into the new season. Meanwhile, Johnson comes into the team after adding two more 4th place finishes at TT 2018. Finishing just off the podium in the Superbike and Superstock Races, Johnson matched his previous best finish set in 2014..

The news from Tyco BMW and Honda Racing now means that Peter Hickman, Dean Harrison, Michael Dunlop, John McGuinness, Ian Hutchinson, Conor Cummins and David Johnson have all confirmed their Superbike class plans for 2019. With more exciting rider news expected in the coming weeks, now is the time to secure your place at the 2019 Isle of Man TT Races Fuelled by Monster Energy.