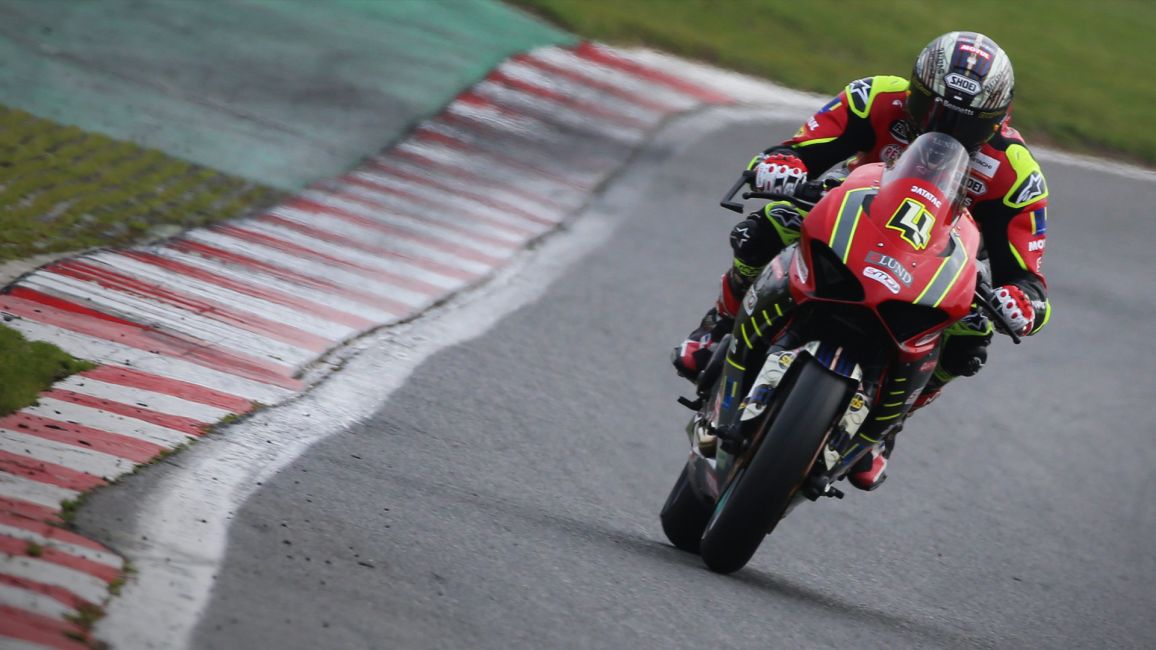 The 2020 road racing season promised to be both an exciting, and crucial, year for two of its most successful ever competitors.

For McGuinness, the second most successful rider ever around the TT Mountain Course, 2020 was set to a big year. After two disastrous years with Norton, joining the Quattro Plant Bournemouth Kawasaki team was a superb opportunity for the Morecambe man and just what he needed at this stage of his distinguished career.

But the cancellation of both the TT and North West 200 was probably more disappointing for McGuinness than it was for any other rider and whilst the partnership will continue in 2021, he had to make do with parade outings at the likes of Oliver’s Mount, Scarborough this year.

McGuinness did however contest a full season of racing in the Ducati Cup, finishing a fine seventh overall, whilst he also turned his hand to four wheels, competing against none other than son Ewan and Olympic cycling great, Sir Chris Hoy in selected rounds of the British Rallycross Championship.

Hutchinson, meanwhile, was reunited with the TAS Racing team who he’d enjoyed great success with in 2016 and 2017. After two disappointing years with Honda, when he was fighting to get back to full fitness after his 2017 Senior TT crash, he was desperate to get back to winning ways and had every chance of doing that on the Synetiq BMW.

Ten years on from his record-breaking five-wins-in-a-week in 2010, the Bingley rider took himself off to Spain at the beginning of the year to make the most of the winter sun and get himself in peak condition for the new season, doing countless laps on his own BMW as well as taking to two wheels, of any description, whenever he could.

Fitter and healthier than he has been for a number of years, Hutchinson put the bitter disappointment of not getting to compete at the TT behind him and instead competed in all rounds of the National Superstock 1000 Championship.

Returning to the short circuits on a full-time basis for the first time since 2016, he gradually got quicker as the season wore on with his new Edwards 1902 BMW team and is sure to benefit from the track time when he gets back out on the TT Course.

Another TT winner who did a full season on the short circuits was Lee Johnston who took four podiums on the Ashcourt Racing Yamaha on his way to finishing fifth overall in the British Supersport Championship.

However, unlike the others, he did get plenty of mileage on the roads too as he dominated proceedings at Scarborough where he’s now the man to beat. The Northern Irishman retained the prestigious Gold Cup trophy and was only beaten once, by good friend Dean Harrison, around the Oliver’s Mount circuit across the two meetings.

An ex-factory Honda rider, Johnston saw Davey Todd fellow in his footsteps with a berth in the Japanese manufacturer’s team but a dream ride at the TT for Todd had to be put on hold with the 2018 Newcomers Trophy winner having to contend himself with a full season in the Superstock 1000 Championship instead.

It was on the circuits where Todd first came to prominence in the 2015 and 2016 Superstock 600 seasons and he was soon on the pace after a three-year lay off. Numerous top ten positions were taken and he did get to taste success on the Mountain Course too when he won the first-ever ‘Virtual TT’ showing that his prowess extended to the computer game and not just the real-world event.

Seven-time TT winner Michael Rutter concentrated on his managerial duties at Bathams Racing this year running Richard Cooper and then Dan Linfoot in the Superstock series, the latter replacing reigning champion Cooper after he broke his leg in just the second race of 2020.

Like Conor Cummins, it wasn’t until October that Rutter himself got the leathers on but when he did it was a very poignant moment as he paid tribute to his dad Tony, also a seven-time TT winner who sadly passed away in March. Running the BMW in Tony’s regular red, blue and white colours, with leathers to match, it was, without doubt, a fitting tribute to one of the UK’s finest ever racers of the 1970s and 80s.

Another rider who kept himself busy was 2019 Lightweight TT runner-up Jamie Coward, despite his Prez Racing Yamaha team having to remain on the Isle of Man. Instead, Coward focused all his efforts on the KTS Racing Kawasaki that took him to that second-place finish behind Michael Dunlop at TT 2019.

The Yorkshire rider won at Scarborough as well as on his selected short circuit outings whilst he could also be found regularly keeping sharp on his pit bike, a popular pastime now amongst many racers.

Finally, the road racing community held its breath when popular Austrian rider Horst Saiger was placed into a coma after suffering a heavy spill at the Red Bull Ring when his brakes failed. A former winner of the TT Privateer’s Trophy, Saiger made good progress, thankfully, returning home after an eight-week stay in hospital and is well on course to make a full recovery.