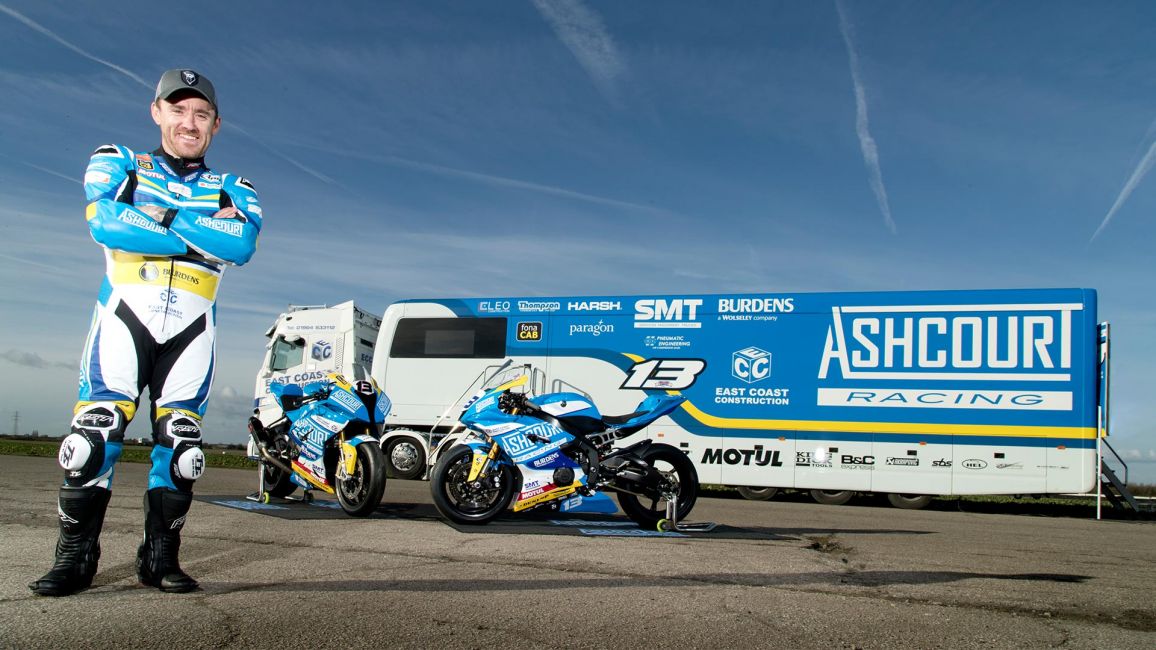 ALL NEW TEAM FOR LEE JOHNSTON IN 2019

Lee Johnston will have an all-new look for the 2019 Isle of Man TT Races fuelled by Monster Energy, with the Ulsterman riding under the Ashcourt Racing banner.

The three-time TT podium finisher will campaign a BMW S1000RR in the RST Superbike, RL360 Superstock and Senior Races and, for the first time on the Mountain Course, will ride a Yamaha YZF-R6 in the two Monster Energy Supersport Races with the new Ashcourt Racing Team.

The Hull-based Ashcourt Group have joined forces with Johnston’s long-time sponsors East Coast Construction and Burdens for their assault on the TT, with the 29-year old eager to get back to the form that took him to an excellent third place in the 2015 RL360 Superstock Race.

Winner of the TT Privateer’s Trophy in 2013 – just a year after making his debut – Johnston took his first top five finish a year later when riding for Phil Reed’s East Coast Construction team. In 2015, he took no less than five top ten finishes and set his career-best lap of 130.851mph on his way to a maiden podium, standing on the RL360 Superstock rostrum alongside Ian Hutchinson and Michael Dunlop.

However, although he took four more top ten finishes in 2016, he was severely hindered by injuries suffered earlier in the year after a spill at Oliver’s Mount, Scarborough. He was then forced to sit out the 2017 TT entirely after a crash in the final practice session at Greeba Castle.

It looked like he’d secured a dream berth at Honda Racing last year, but a lack of pre-season testing affected his preparations. Nevertheless, he still took three top eight finishes, two of which on the Padgetts Racing CBR600RR Honda in the Monster Energy Supersport Races. He also took third in the TT Zero race on the Mugen, repeating the result he recorded in 2015 for the American Victory team.

Reverting back to privateer status in 2019, Johnston returns to an environment in which he’s previously flourished.

Speaking about the year ahead, Johnston said: “I’m really looking forward to this year and I’m excited about the team we’ve put together. I’ve done more riding already this year than what I’d done by the time I arrived at the TT last year, and I’m particularly excited about being on the R6 for the two Supersport Races. It’s the class that should suit me the best but, for whatever reason, things have never really clicked at the TT on the 600, so I’m hoping this year will be different.”

“The R6 is a great bike and I’ll be doing the British Supersport Championship as well, so I’ll be sharper than ever before when practice gets underway and I’d really like to get two good results. I’ve won races and had podiums at the other International Road Races and whilst I’m not going to say I’m going to win, I’m riding against the same people at the TT so, with the new team that we now have, I’m confident we’ll be able to give a good account of ourselves in all of the races in June.”

In what promises to be a busy season for Johnston and the team, 2019 will see him make his annual visits to the North West 200 and Ulster Grand Prix whilst he’ll also contest the British Supersport Championship for the first time since 2011.

Johnston added: “I’m really excited about 2019 and it feels great to have the fire in my belly again. I’ve got some fantastic sponsors behind me this year and although the last couple of years have been a bit up and down, I’m in the best position I’ve been in for a long time. I think this is the environment and set-up that suits me best and having been successful in the past, I’m aiming to be consistently on the podium in 2019.”