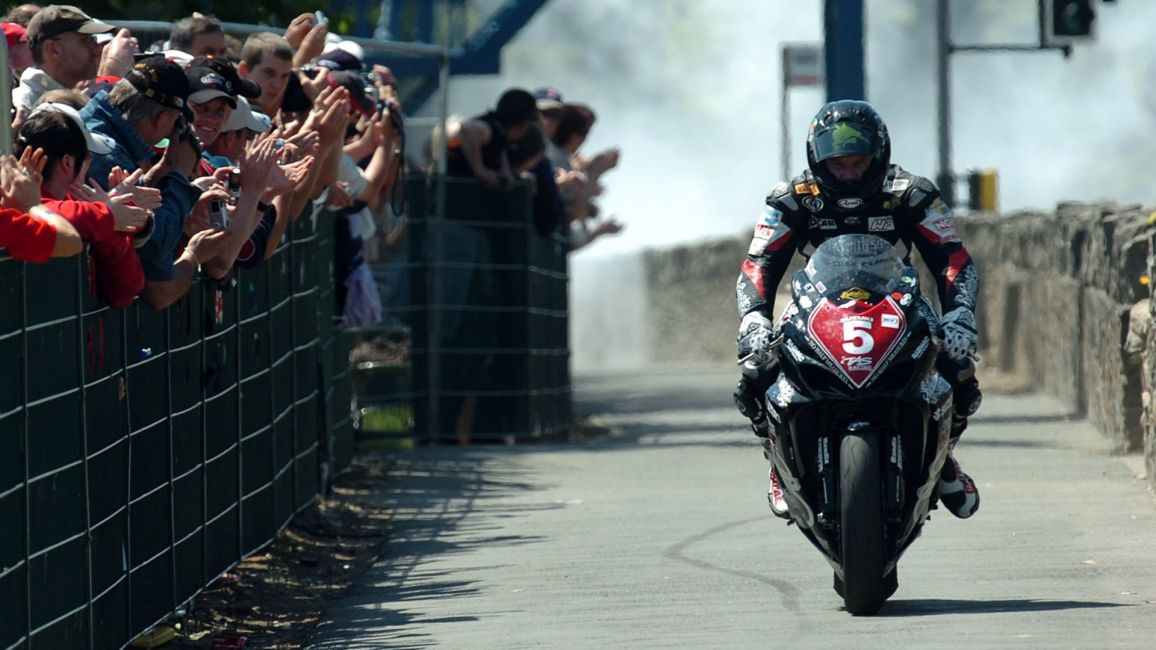 The historic machine, in the colours of Northern Ireland based team Relentless by TAS Racing, was the only bike to break Honda’s stranglehold at the Centenary TT Races in 2007.

Anstey remains one of the most enduring TT competitors, making his debut in 1996 and scoring his first win in 2002. Despite his renowned modesty, the self-effacing Kiwi also gave an interview about his Isle of Man racing career for the Manx National Heritage film archive.

The motorcycle will be one of the star attractions in Manx National Heritage’s TT and Motorsport Gallery, currently in preparation at the Manx Museum and scheduled to open in 2022.

Curator of Social History for Manx National Heritage, Matthew Richardson commented: “Bruce is one of the biggest names at the TT in the 21st century and we could not think of opening the new gallery without representing his achievements. We are absolutely delighted to be the new custodians of this historic machine, which will be displayed alongside Bruce’s leathers and other memorabilia.”

Also on hand was Padgetts team boss, Clive Padgett, who brokered the arrangement. Matthew added: “Padgetts are the most successful team in the history of the TT and we are enormously grateful to Clive for his assistance in securing this machine. Clive recognised the importance of ensuring public access to this incredible piece of TT history by making Manx National Heritage the natural choice when the opportunity arose for the motorcycle to return permanently to the Isle of Man. We look forward to working with Clive, other TT teams and riders in the future, to ensure that the unique history of motorcycle racing in the Isle of Man is preserved for succeeding generations to enjoy.”