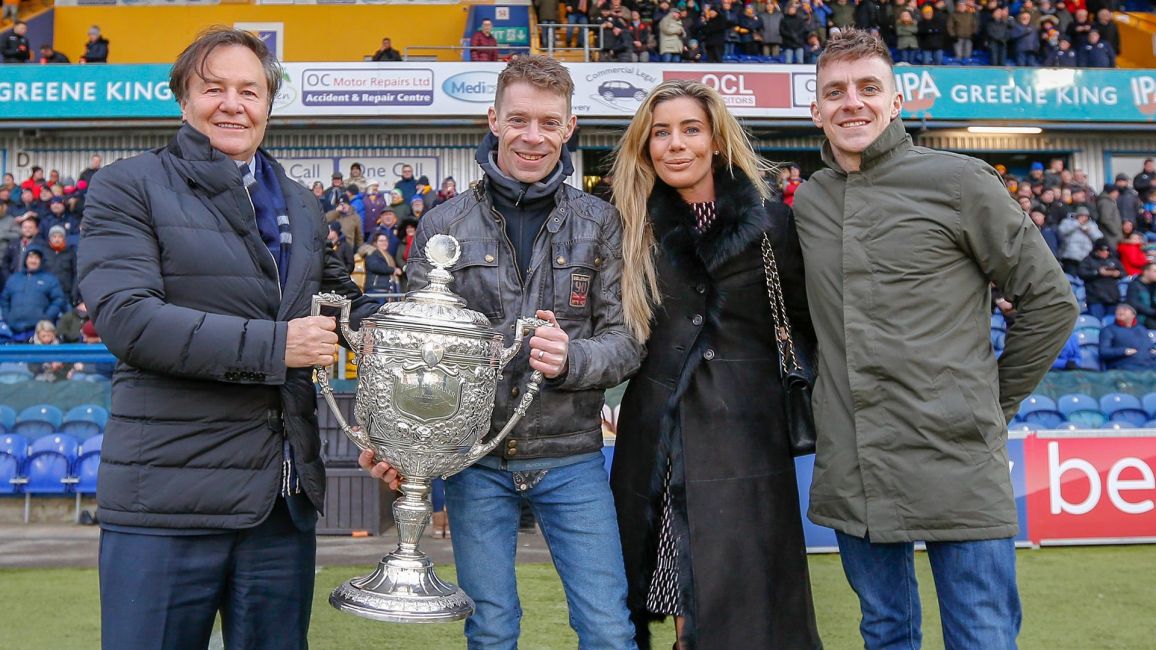 Ben and Tom Birchall have been awarded the prestigious Fred Craner Trophy. The trophy is presented to a British driver within the Auto Cycle Union Midland Centre area for outstanding achievements on the international stage in racing.

The Fred Craner Trophy is named after the Derbyshire man who founded the Donington Park circuit back in 1931. The former Isle of Man TT competitor and secretary of the Derby & District Motor Club approached the then owners of the estate to use the land for Motor Racing. Fred’s name now lives on in the iconic ‘Craner Curves’ section of the track.

The trophy itself was last awarded in 1990 to former World Sidecar Champion Simon Birchall- no relation to the Brichall brothers. However, the first name on the silverware is none other than Geoff Duke and many other legends of the sport have been honoured with the award, including Phil Read, Ron Haslam, Jock Taylor, and Mike Hailwood.

At a recent outing to the One Call stadium, home of local football club Mansfield Town FC, the Birchall brothers left the trophy with John and Carolyn Radford of One Call Insurance. It will be proudly displayed in the team’s cabinet and hopefully bring The Yellows a little luck for the season.

Ben Birchall: “I have to be honest, I hadn’t heard of the trophy at first, but when we saw it, we were blown away by the size of it and the list of legendary previous winners! It’s such a huge privilege to see our names alongside such great icons in motorcycle racing. We’d like to thank the ACU and all involved for awarding it to us.”

Tom Birchall: “We’re really proud to receive the Fred Craner Trophy. It’s been in hiding for a few years so it’s nice they have brought it out for us in recognition of all our hard work over the last couple of years. It’s a real honour to be listed alongside sidecar legends such as Steve Webster and Tony Hewitt. It’s great that it’s come back to the East Midlands and back to Mansfield. I have to say a big thank you to everyone that has helped us achieve our success too, we’re aiming for more of the same in 2019.”

Birchall Racing continue to prepare for the forthcoming 2019 season and the defence of their World Championship and Isle of Man TT titles. Ben and Tom will be at the upcoming Isle of Man TT Launch Show, held in Douglas at 8.00pm on March 19th. A limited number of tickets remain for the live show and are available on from the Villa Marina box office. The event will also be streamed live and in full on the Official iomttraces.com website.

Tickets for the 2019 events are on sale now at iomttraces.com, including Official Grandstand Tickets, VIP Hospitality Experiences, and Official Entertainment Events. You can stay up to date with all the latest TT news by subscribing to the Official Isle of Man TT Races Newsletter.