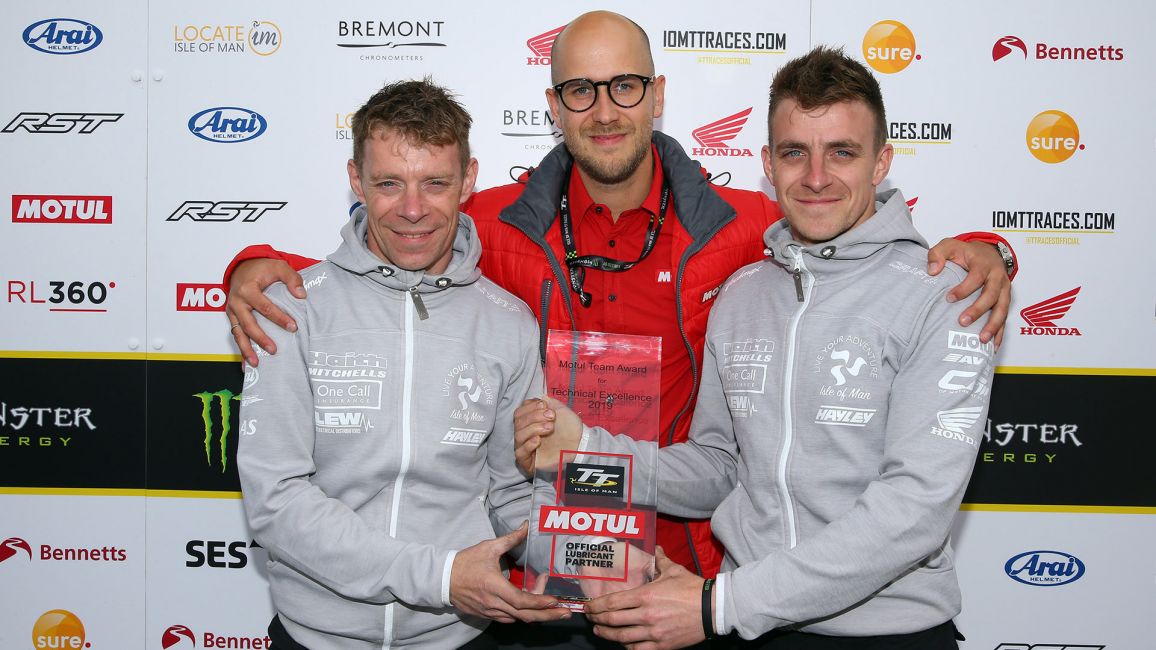 The Motul Award for Technical Excellence has been awarded to TT Sidecar competitors Ben and Tom Birchall of LCR.

LCR machines filled the three podium positions in the Locate.im Sidecar Race 1 with almost half the field in the sidecar race choosing to run LCR machines.

The event organisers The Isle of Man Government, ACU Events Ltd, and representatives of the Race Committee, which includes the rider liaison officers Richard ‘Milky’ Quayle and John Barton, judged the award along with employees of Official TT lubricant Motul.

The award was presented in the TT winner’s enclosure by Anton Malyshev, Motul’s Head of Business Powersport.

Leslie Raiwoit, Motul’s Group Motorsport Manager said: “Ben and Tom have taken reliability, technical performance and excellence to a new level at one of the most testing and challenging environments in the world of Motorsport. Their meticulous preparation is reflected in the fact that LCR is endorsed by so many of their competitors.”