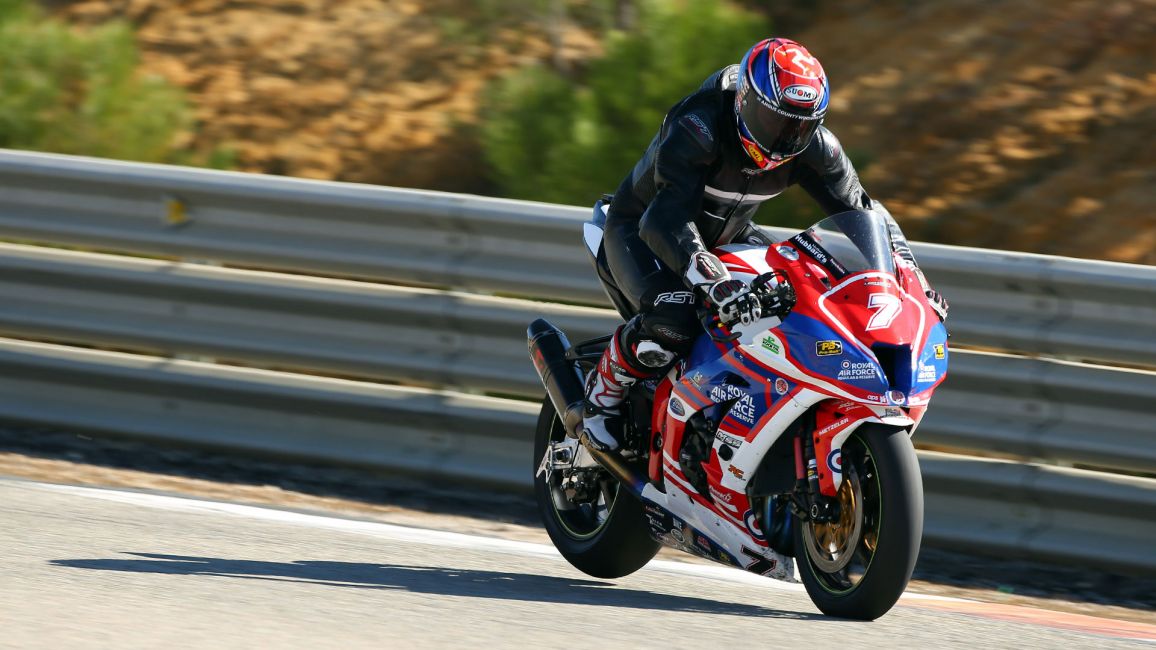 Friday was the third and final day of the Bennetts British Superbike Championship Test at the Monteblanco Circuit in Spain. It was the final day of testing for Dean Harrison, James Hillier, and Lee Johnston who will not travel to the Portimão Circuit with Gary Johnson for the second test on Sunday and Monday.

Much of the day’s action came in the morning, with a number of teams including Harrison’s Silicone Engineering Racing team and Johnston’s Ashcourt Racing outfit opting not to go out in the afternoon. In fact, many riders sat out the middle portion of the day as air temperatures soared to nearly 30 degrees, and track temperatures reached nearly 45 degrees- too hot for any relevant testing.

Gary Johnson clocked up the most laps on Friday as part of a busy testing schedule with the RAF Regular & Reserves Team, where he was trying a range of front suspension equipment, traction control settings, and engine braking modes for his Kawasaki ZX10-RR. 57 laps completed today brought his tally to 131 laps over the three-day test, with his fastest lap of 1 minute 40.885 seconds coming in the slightly cooler temperatures towards the end of the final day.

Dean Harrison and James Hillier both completed 43 laps today. Harrison tried different braking equipment on his Kawasaki ZX10-RR and two different specification of swing-arms, with a view to using the stiffer version on short-circuits and the ‘softer’ version on the lumps and bumps of the TT Course. The Yorkshireman set his fastest lap of the test this morning with a time of 1 minute 38.114 seconds, but he then went on to have a small slip off his Superbike a few laps later. He walked away without injury.

James Hillier also set his fastest lap of the test today, with a time of 1 minute 39.836 seconds. Over the three days Hillier completed a total of 165 laps on his Quattro Plant Wicked Coatings ZX10-RR, getting valuable time on the bike and developing a feel for the reworked engine in the 2019 Kawasaki.

Lee Johnston spent the morning session on his BMW S1000RR Superstock machine, and completed a total of 21 laps with a best time of 1 minute 40.917 seconds. Rather than his brand new Ashcourt Racing BMW, Johnston has been riding the bike that he took his debut TT podium on in the 2015 RL360 Superstock TT Race, as he reacquaints himself with the big BMW after riding for the Honda Racing Team in 2018.

Harrison, Hillier, Johnston and Johnson will all be at the Official Launch of the 2019 Isle of Man TT Races fuelled by Monster Energy, which takes place next week on Tuesday 19th March.