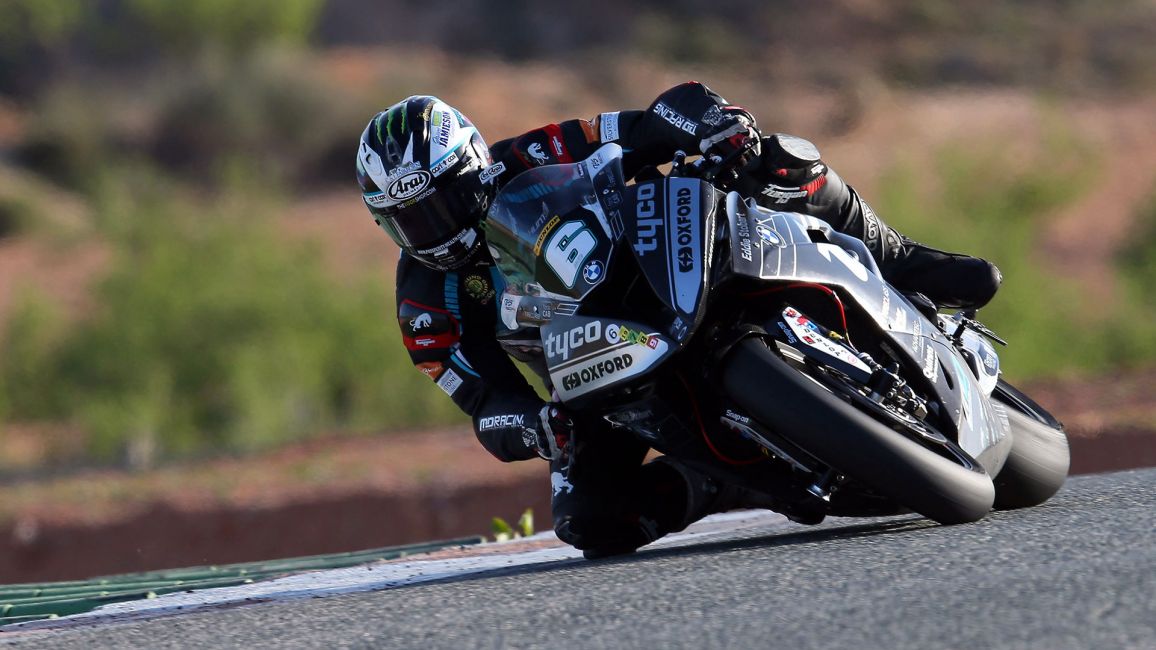 The 2019 Bennetts British Superbike season gets underway tomorrow (March 13), with the first of two official tests and a whole host of TT talent taking to the track. The first test runs from Wednesday 13th until Friday 15th March at the Monteblanco Circuit in southern Spain, before teams and riders move on to the Autódromo Internacional do Algarve in Portimão, Portugal for the second test on Sunday 17th and Monday 18th March.

Leading the way for the TT contingent will be Peter Hickman of Smith’s BMW and Dean Harrison of Silicone Engineering Kawasaki. Hickman has been a regular in the BSB Championship since 2010 and has been able to transfer his short circuit skills into record-breaking success since his debut at the Isle of Man TT Races in 2014, culminating with victory and the outright lap record both achieved in last year’s Senior TT.

Meanwhile, Harrison is a much fresher face to the BSB paddock having completed his first full season in the championship last year, with his time in the ultra-competitive series having an immediate effect on his TT form. Harrison led the way in practice for the 2018 Isle of Man TT Races fuelled by Monster Energy, with a blistering pace that he took into opening RST Superbike Race. He set a new outright lap record from a standing start on the opening lap of the race, and had a comfortable margin over the chasing pack before he was forced to retire on the fourth lap with a mechanical issue. Harrison took victory in the second Monster Energy Supersport Race later that week and his pace put him on the podium in every TT Race he finished in 2018, including a second-place finish in the record-breaking battle with Hickman during the Senior TT.

With Hickman and Harrison raising the bar in 2018, other TT frontrunners have widely acknowledged that their track time in the BSB series has given them the ability to be on a lightening pace from the moment the flag drops at the TT. As a result, riders such as Michael Dunlop, James Hillier, Lee Johnston, and Gary Johnson are set to take to the track during the two BSB tests and others, including John McGuinness, looking to sharpen their skills with some wildcard appearances in the British Championship Support Series during 2019.

Be sure to keep up to date with all the action from the BSB tests via iomttraces.com and the Official Isle of Man TT Facebook, Instagram, and Twitter channels.