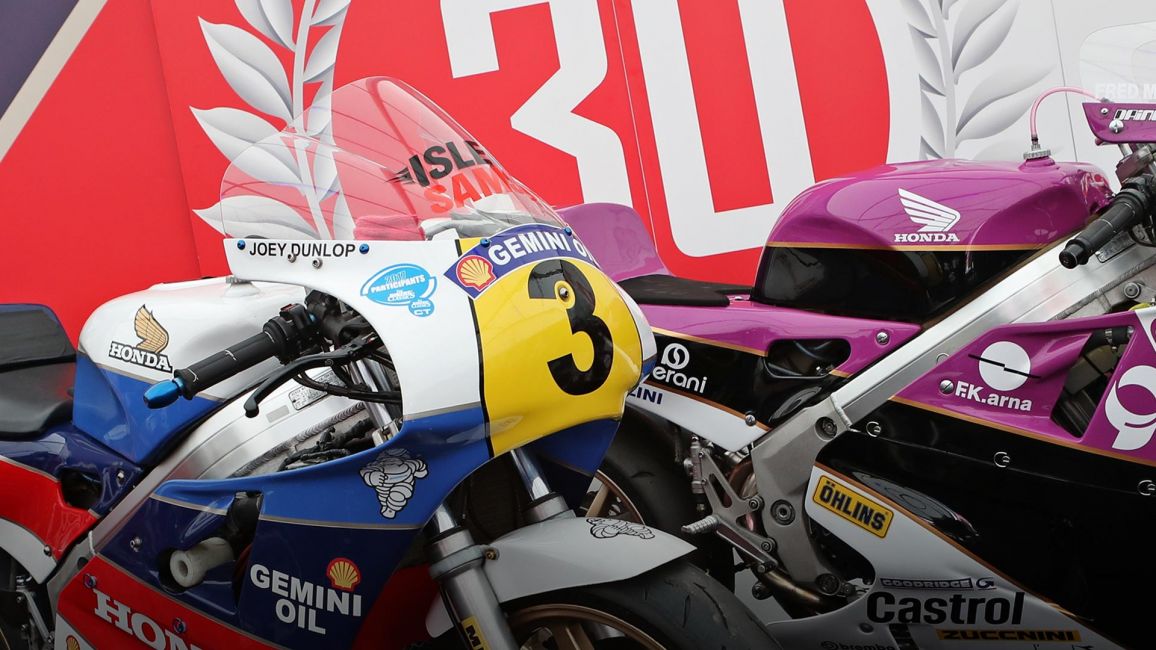 If you didn’t get to see it, the definitive collection of RC30’s assembled at this year’s Classic TT Races presented by Bennetts by the RC30 Owners Club as part of the iconic bike’s thirtieth anniversary celebrations can now be viewed in a 3D virtual walkthrough on all media platforms.

Curious Creative Studios have leveraged cutting edge technology and powerful cloud processing to create an immersive digital experience out of the pop-up museum that was situated in the paddock at this year’s Classic TT meeting.

The RC30 is inextricably linked to the history of the Isle of Man TT Races and made its mark from the outset in the 1988 Formula One TT Race which Joey Dunlop won on an early version of the bike, setting an outright lap record in the process.

The bike was actually released in Japan in 1987 but only came to Europe in 1988 and made an instant impact when Fred Merkel won the inaugural Superbike World championship riders and manufacturers title, which he repeated the following year.

The thirty bikes that were on the Isle of Man for the celebration, that were ridden by some of the greatest names in the sport including 26-time TT Race winner Joey Dunlop, Steve Hislop, Phillip McCallen, Carl Fogarty and Freddie Spencer, can now be viewed here.