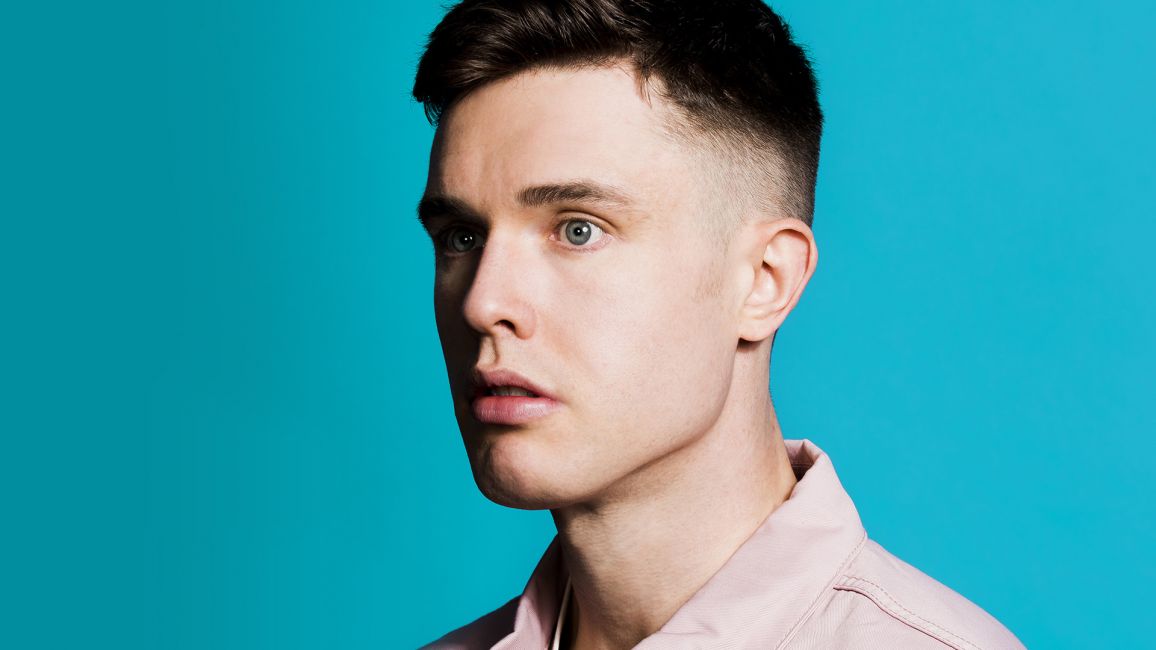 The new look TT Comedy Club on Saturday 6th June is an undoubted highlight of the fortnight’s festivities. This year’s entertainment will come courtesy of not one, but THREE of the UK’s freshest and most exciting comedians, with reigning Taskmaster champion Ed Gamble [Live at the Apollo / Mock the Week / Hypothetical / Man Down] headlining a night packed with serious comic talent.

The TT Comedy Club also boasts the first appearance on the Island by Ahir Shah (Live at the Apollo / Mash Report). Twice nominated for Best Show at the Edinburgh Comedy Awards, Ahir is quickly becoming famous for his sharp observations and worldly-wise commentary.

But that’s not all! Similar in format to BBC’s flagship comedy show, Live at the Apollo, the night will also be hosted by the exciting breakthrough talent that is Pierre Novellie (Mock the Week / Mash Report). Starting out with a stint in the famous Cambridge Footlights, Pierre (who has Manx links) will bring his hilarious offbeat presence to a night that promises perfect Saturday night entertainment.

Ed Gamble is a stand-up comedian, writer and actor. He has appeared on some of the UK’s most popular TV Shows including Live at The Apollo, Mock the Week, The Russell Howard Hour, Royal Variety, Taskmaster, Hypothetical, The Apprentice: You’re Fired, Man Down, and a short film he can’t remember the name of where he killed a man from The Bill with a spade.

Ed’s star has continued to rise in 2019, enjoying a sell-out national tour that was twice extended due to extraordinary demand. 2019 also saw the release of his first stand-up special – available exclusively on Amazon Prime Video in 200 countries and territories worldwide. Ed also recently secured the title of Taskmaster Champion as he saw off competition from Jo Brand, David Baddiel and many others. He is also the co-host of the hugely successful Off Menu podcast, with James Acaster, which returned to no.1 in the iTunes charts earlier this year with its second series.

Known for his signature blend of philosophical inquiry, political vigour, and sharp gags, Ahir Shah is one of the freshest and fastest-rising comedians of his generation. Nominated for Best Show at the Edinburgh Comedy Awards two years running, Ahir’s last show was performed to packed houses and critical acclaim before embarking on a sold-out run in London’s West End as well as a UK wide national tour. He has also performed internationally at the Melbourne International Comedy Festival, the Adelaide Fringe and Just for Laughs Montreal, as well as having toured in continental Europe and India.

Ahir has performed stand-up on The Now Show (Radio 4), Stand Up Central (Comedy Central), Live At The Apollo (BBC 2) and The Mash Report (BBC 2) for which he is also a regular writer. Outside of stand-up, Ahir has written and starred in the short films Ahir Shah’s Summer (Sky) and Ahir Shah’s Life Lessons (BBC Three). Other credits include Frankie Boyle’s New World Order (BBC 2), Have I Got News For You (BBC 1), Catastrophe (Channel 4), Campus (Channel 4), Newsnight (BBC 2) and The Daily Politics (BBC 2).

Described as a ‘major talent’ by The Guardian, Pierre Novellie is one of the best up-and-coming comedians in the UK today. Since debuting with the Cambridge Footlights in 2012, Pi­erre has picked up numerous awards and nominations as well as critical acclaim for his hilariously offbeat shows at the Edinburgh Comedy Festival. Pierre’s writing credits include Mock The Week (BBC 2), Newszoids (ITV) and Adam Buxton’s Shed of Christmas, while his TV credits include The Mash Report (BBC 2), Edinburgh Comedy Fest Live (BBC Three), Outsiders (Channel 4) and The Joke Thieves (BBC Three) opposite Marcus Brigstocke.

Tickets for the TT Comedy Club are priced at just £25 and go on sale Friday 20th December at 9am. After last year’s truly hilarious show with ‘Strictly’ favourite, Chris Ramsey, the message is grab yours while you can.