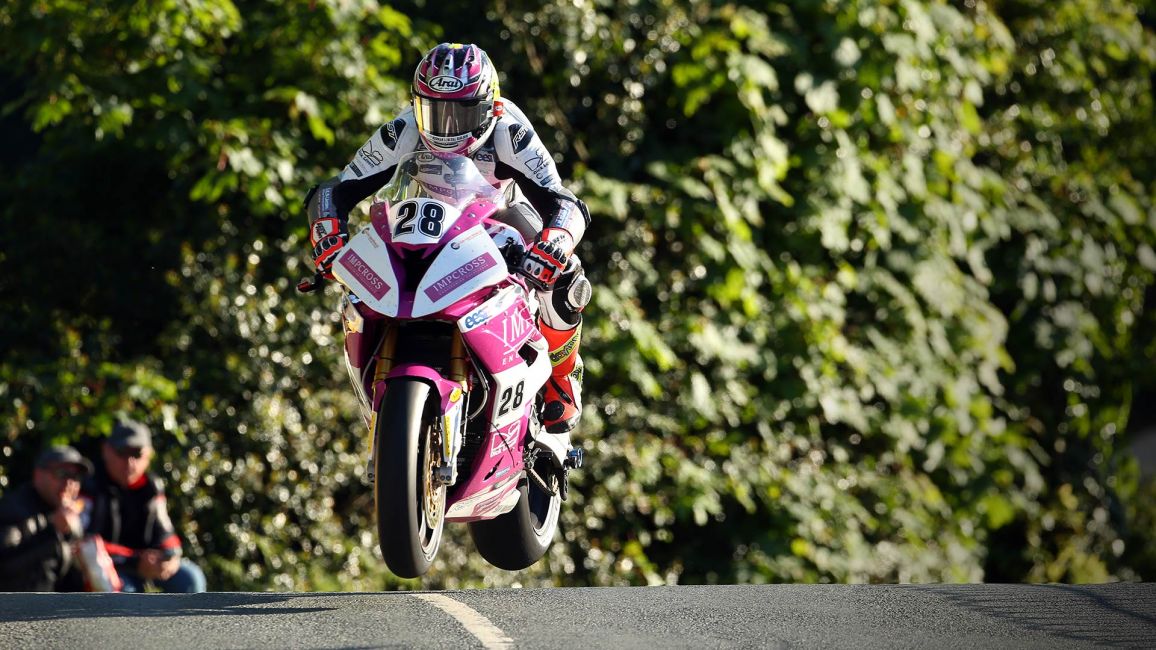 After a difficult practice week at the 2019 Isle of Man TT Races fuelled by Monster Energy, Stroud’s Daniel Cooper has decided to call time on his road racing career, preferring instead to concentrate on the short circuits and the National Superstock 1000 Championship.

The 31-year old had hoped to give a good account of himself at this year’s event and challenge for top ten positions, and the fortnight started well when he posted laps of 118.928mph and 113.784mph respectively in the opening Supersport and Lightweight practice sessions. Two days later, he was eighth quickest on the 600cc KW Electrical/CMS Honda whilst he also recorded a speed of 120.694mph on the 1000cc Impcross Engineering BMW.

However, the rest of the week saw the island hit by inclement weather and the majority of the subsequent practice sessions were cancelled. As a result, Cooper opted out of the opening RST Superbike Race due to a lack of track and set-up time with the BMW.

The race was marred by an accident that sadly claimed the life of Daley Mathison and although Dan went out in the following Lightweight practice session, recording the 12th fastest time, he decided afterwards to withdraw from the remainder of the event and call time on his nine-year career around the 37.73-Mountain Circuit.

Since making his TT debut in 2010, the former 125cc British Champion has taken no less than 21 top twenty finishes, with six of those being inside the top ten. His best result came in 2017 when he placed fifth in the Bennetts Lightweight TT, whilst he also won the 2016 TT Privateer’s Trophy and the Joe Craig Trophy, awarded to the best performance by a British rider on a British bike, in 2012 and 2013.

His best lap of the Mountain Course, 126.966mph, was set in the 2015 Senior TT and in total he won 13 Silver and 15 Bronze Replicas. He also finished on the rostrum at the Classic TT.

Speaking about his decision, Cooper commented: “It certainly hasn’t been an easy decision to make as I’ve enjoyed some great results at all of the International Road Race meetings since making my debut at the Isle of Man TT in 2010. Competing on the Mountain Course has been the best thing I’ve ever done on two wheels and the last nine years have been amazing but with all the bad weather it just wasn’t happening for me this year. On some occasions in practice, my mind was wandering all over the place and if you’re not 100% focused and concentrated, that’s when things can go wrong.”

“I wasn’t enjoying being out on the course and after what happened to Daley, it put everything into perspective. When I was standing on the grid for the race watching all the other boys go out to race, there was part of me that wished I was back out there but after speaking with all my family and sponsors I feel that I’ve made the right decision and will focus my efforts now back on the short circuits and the National Superstock 1000 Championship.”