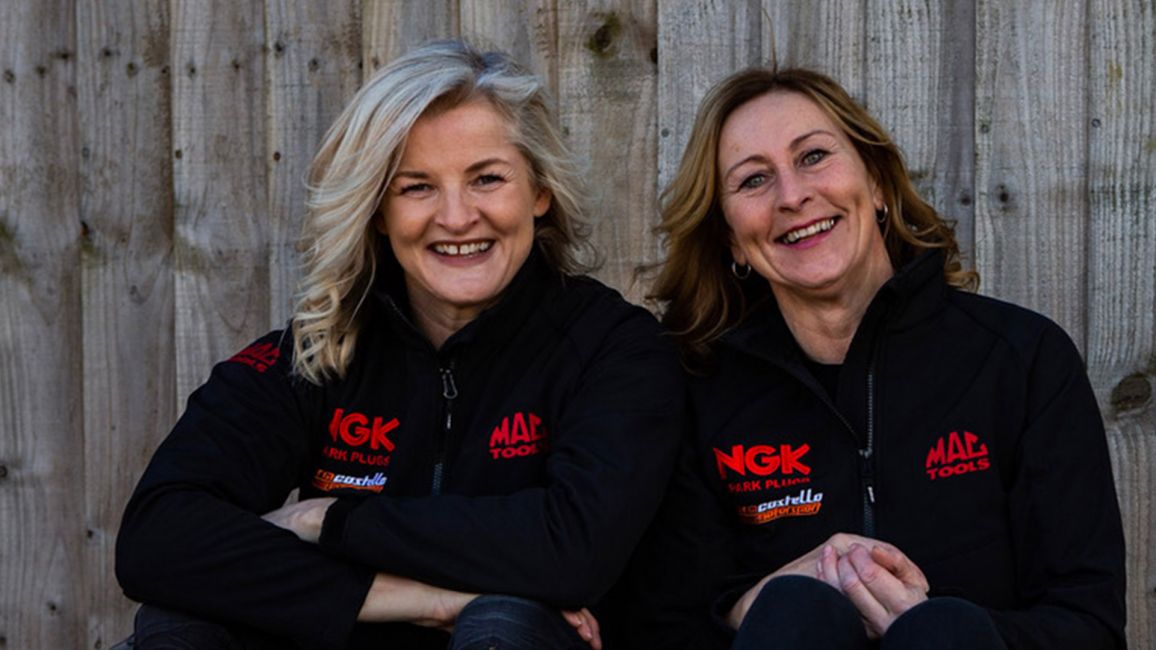 Maria Costello MBE is aiming to become the first woman to race both sidecar and solo machinery at the same Isle of Man TT meeting after announcing her partnership with Julie Canipa for the 2019 season.

The Northamptonshire racer celebrated International Women’s Day by securing acceptance to race the sidecar at this year’s TT with Julie Canipa as her new passenger, who last year was awarded the Susan Jenness Trophy by the TT Supporters’ Club for her fantastic efforts in the event.

The pair will form a formidable duo as an all-female team. Costello made her sidecar Road Racing debut at the Southern 100 Road Races on the Isle of Man last year, while Canipa started her TT career alongside Doug Chandler in 2015 and teamed up with Greg Lambert in 2017 to claim her best TT finish of eighth.

Costello said: “I’m so excited about getting the opportunity to compete on my sidecar at the TT, this would make me the first woman to race both a sidecar and solo at the TT races and to do it as an all-female team would make it even more special."

“I’m so delighted to have Julie as my passenger. She is a massive boost to my sidecar racing and especially to my TT as she’s a terrific passenger and she also has four years of experience there."

“Julie and I feel like such a great match and I feel very lucky to have her onboard. We have the same approach and we believe in each other’s ability. Hopefully, that will go a long way towards making our goals a reality and we're really looking forward to getting some testing and races under our belts in the coming months.”

Costello, who recently secured a deal to ride a Paton Supertwin for Mark Coverdale this year, goes into the season with a new mechanic, Chris Purdie, who will work alongside existing spanner man Matt Williams and new team members from Ireland.

“I’ve got continued support from many of my existing sponsors, which means the world, and some new sponsors to announce in the very near future,” added Costello, whose achievements on the Isle of Man include being a former female lap record holder on the TT course, being the first woman to take the podium in a race at the Manx Grand Prix, and a Classic TT podium finisher.