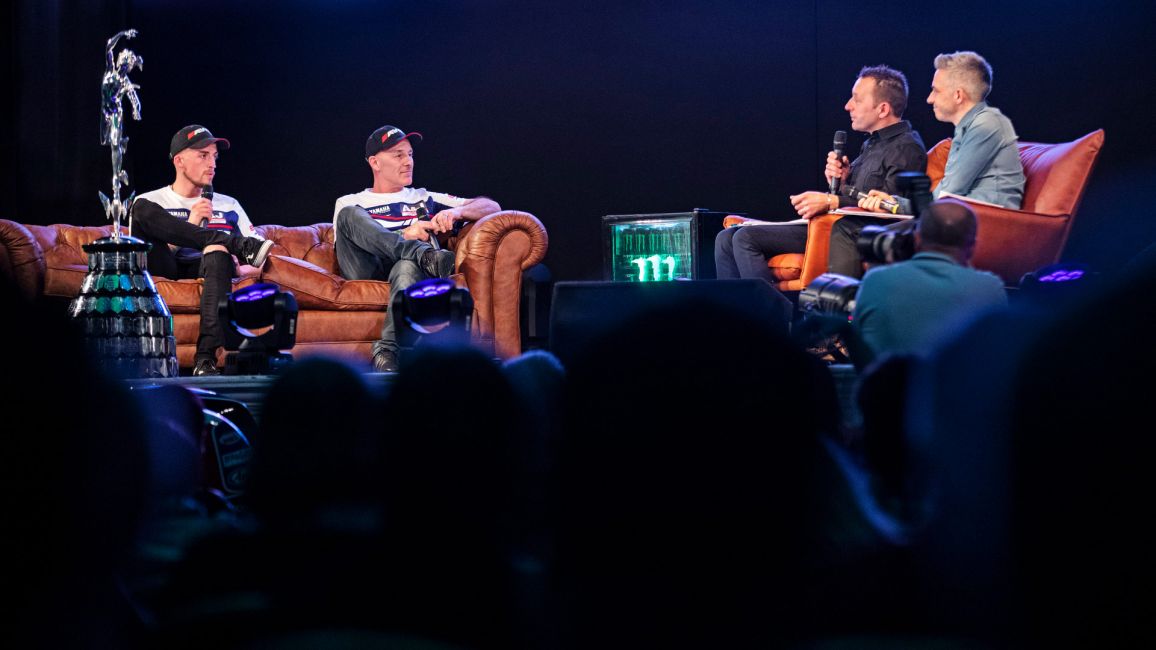 COUNTDOWN TO TT 2019 IS ON AFTER OFFICIAL LAUNCH EVENT

The Countdown has now well and truly begun to the 2019 Isle of Man TT Races fuelled by Monster Energy following the 2019 event’s Official Launch last week.

Event organisers made a number of exciting announcements during the launch including confirmation that legendary DJ Carl Cox would headline the TT’s Closing Party, and that comedian Chris Ramsey will be bringing his critically acclaimed show to the TT this year.

Tickets for all Official Entertainment experiences, including live music from chart topping British band The Feeling, are now available from iomttraces.com.

All eyes were on the Villa Marina in the evening for the traditional rider's chat show, which you can now watch again in full here.

Fans are encouraged to stay glued to the Official Isle of Man TT Races Facebook, Twitter, and Instagram channels for some behind-the-scenes footage from the launch, including some exclusive TT content being released in the run up to TT 2019.