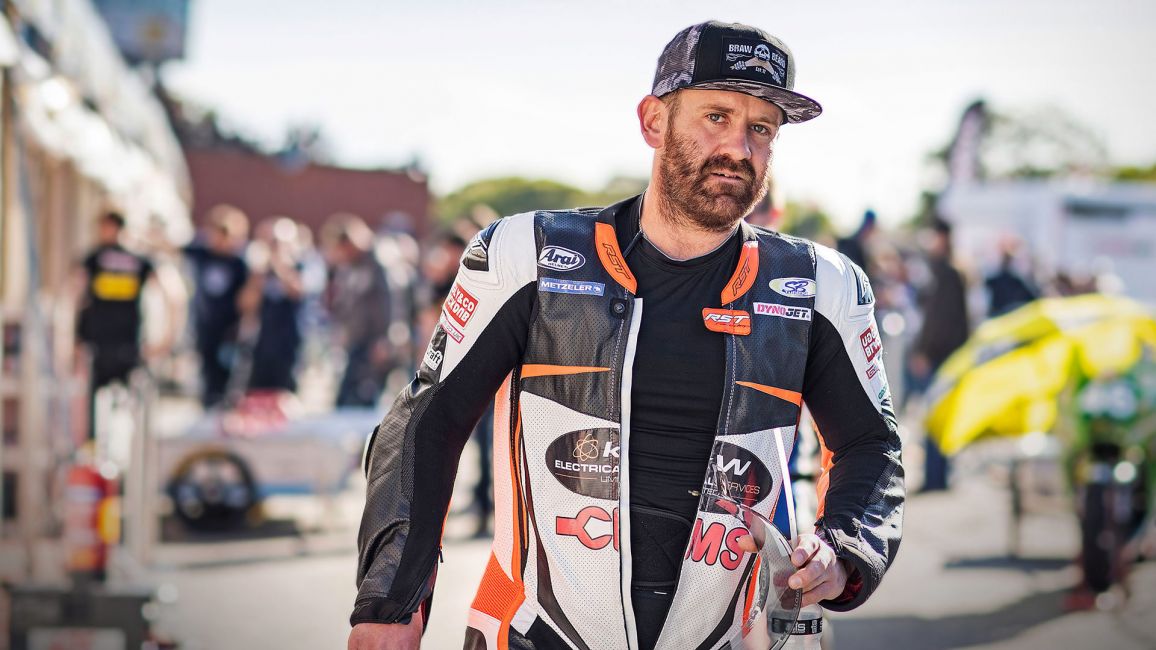 COWARD SHINES IN FIRST ROUND OF VIRTUAL TT

There was almost disaster for Jamie Coward ahead of the opening heat of the 2020 Virtual TT powered by Motul, part of TT Lock-In fuelled by Monster Energy, when the Yorkshire based rider, the 2019 Junior Classic TT Race winner, found that he had a broken control pad but the Prez Racing rider was able to secure a replacement and posted the fastest lap of the opening heat.

The Virtual TT powered by Motul features eight TT heroes in four heats getting to grips with a new challenge, by tackling the familiar course from the comfort of their own homes via the newly released game, Isle of Man TT: Ride on the Edge 2.

Each professional rider has teamed up with a gamer from around the world to complete one lap of the famous course on the TT game. The team’s aggregated lap time will be their leaderboard score as they go ‘head-to-head’ with the other teams to decide who will be crowned ‘Virtual TT 2020 Champions’.

Ahead of the heat Jamie said about the game: “I don’t get to go on it all the time with the kids using it but it’s very realistic – the course, the corners. It keeps your mind sharp and keeps you up to speed. With everything that’s going on it’s good to get some sort of laps.”

Providing his novice teammate with the benefit of his extensive TT Mountain Course experience – Jamie made his TT debut in 2013 - his grounded advice was to ‘keep it rubber side down and keep it singing’.

Coward, naturally electing to compete as himself in the Ride on the Edge 2 TT game, showed that there is no substitute for course knowledge with his virtual lap of 137.86mph (16:37) was inside Peter Hickman’s actual record-breaking 135mph lap from 2018.

Jamie comfortably outperformed his Bracknell-based teammate Kenny Lam who showed great technical prowess, choosing a ‘behind the bubble’ viewpoint, but struggled to overcome his Mountain Course inexperience eventually clocking 18.36 (121.709mph), after a couple of spills, giving Team Coward an aggregate time of 35:13.

In the second heat, Australian Rennie Skaysbrook, the 2019 Pikes Peak Hill Climb race winner, who would have been making his TT debut this year, revealed – in a classic case of reverse outcome - that he picked up a lot of knowledge about how to play the game when he visited the Isle of Man earlier in the year in preparation for the TT.

Rennie was teamed up with ex-professional Motocross racer Steffi Bau, an Italian now based in the USA. Rennie was heading for second place but he went up onto the kerb after Signpost lap which cost him time. Again, it was the TT rider who led the way over his gamer teammate with Rennie posting a lap of 18.40 compared with Steffi’s 25.10, giving the team an aggregate time if 43minutes 50seconds.

The full schedule for the TT Lock-In fuelled by Monster Energy is available here.