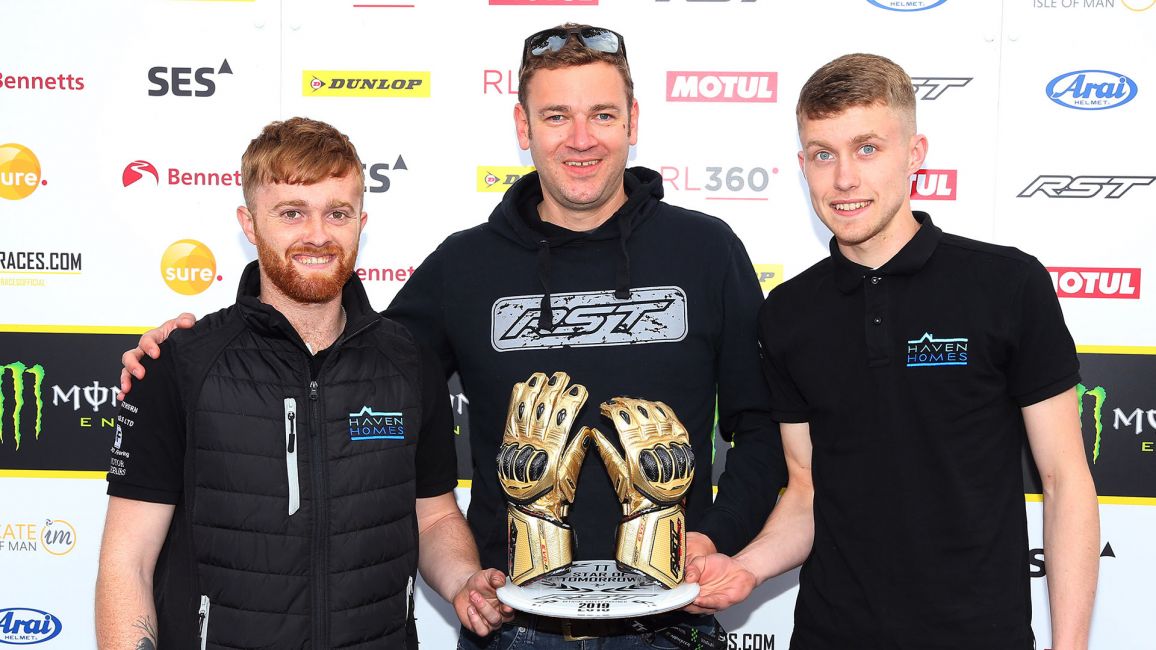 Isle of Man Sidecar TT newcomers Ryan and Callum Crowe have been awarded the 2019 RST ‘Star of Tomorrow’ Award.

The award was created by Official TT safety partner RST and was judged on a number of factors by the TT rider liaison officers John Barton and Richard ‘Milky’ Quayle who run the newcomer programme.  The award includes a full factory equipment package of an RST Race Dept suit, boots gloves, and an Arai helmet.

The Isle of Man based pair, sons of five time TT Race winner Nick Crowe, raced their 675cc Triumph for Haven Homes/HCR Racing in the first Locate.im Sidecar TT Race, finishing fifth and setting the fastest ever newcomer lap of 113.53, beating the mark set by Tim Reeves. Unfortunately machine issues forced them to pull out of the second race before the start.

Jonny Towers, RST said: “We are delighted to be involved with the TT on many levels both commercially as well as supporting the travelling marshals and this award has been created to recognise and support riders in the early stages of his career. Ryan and Callum have demonstrated a remarkable talent at a very early stage of their career and we are very pleased to be able to give them some support to help them achieve their undoubted potential.”

Richard ‘Milky’ Quayle said: “RST’s support for the newcomers is a real tangible benefit for riders at the beginning of their career when support is most needed.  It shows how the company are not just providing financial support but shows how the company is in line with what a rider needs. Ryan and Callum have really torn up convention at the TT – fastest newcomers in the sidecar class and a top six finish in their first year and their success is based on the meticulous preparation and dedication over the winter months.”