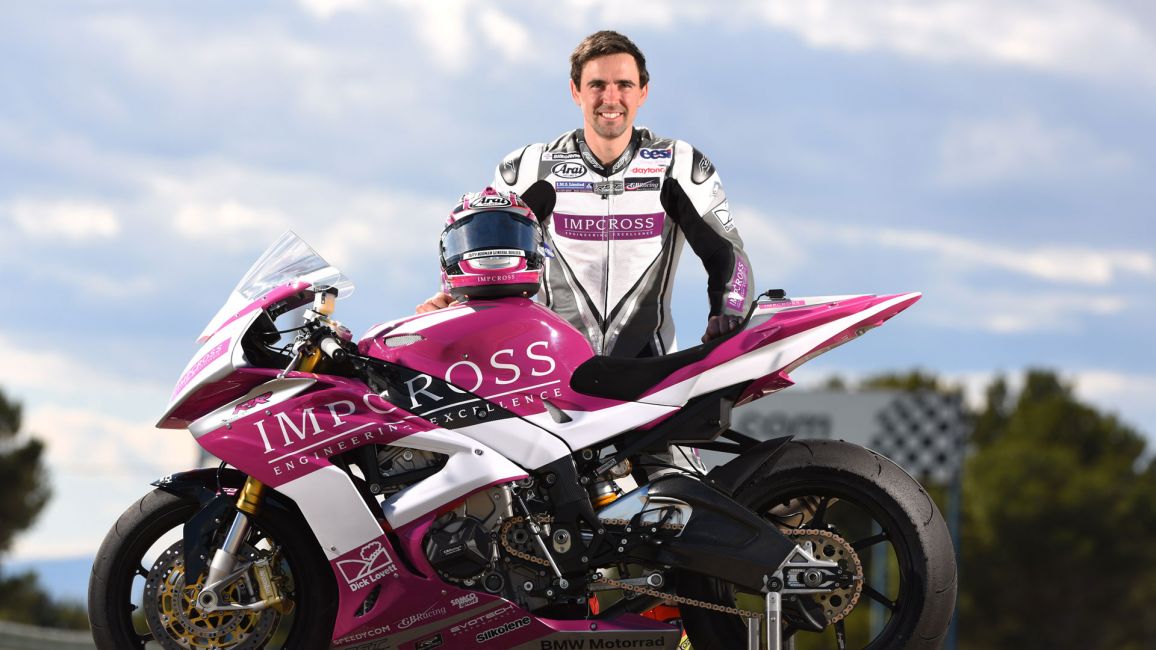 The 31-year old will ride the same BMW S1000RR in the 11-round series that he will ride at the Isle of Man TT races where he will contest the RST Superbike, PokerStars Senior and RL360 Superstock races on the distinctive purple-liveried machines.

Cooper has recently focused his attentions on the International road races - the highlight of which has been victory in the 2016 Ulster Grand Prix Supertwins race. Further podiums have been taken at Dundrod and the North West 200 whilst he has a best placed finish of fifth at the TT, which he achieved in the 2017 Bennetts Lightweight race. Numerous other top ten finishes have been taken at all three events as well as at the Macau Grand Prix.

It his is roads campaign that has led to him returning to the British Championships with the value of riding week in week out clearly seen in the results of a number of riders who compete in the British championship ahead of the TT.

“It’s clear that you need to be contesting one of the major classes on the British Championship schedule if you want to run towards the front of the International road races like the TT. The amount of track time you get at each round is invaluable and racing week in week out means you can arrive at the TT sharp and at the top of your game.”

“You can see this in the results of the riders that do both, like Peter Hickman, Dean Harrison and Josh Brookes so contesting the Superstock series means I’ll be in the best shape possible when I get to the TT which is where I want to succeed. I’m really looking forward to the season ahead and am grateful for all my sponsors for their continued support particularly Impcross Engineering who will be the main backers for my Superstock campaign.”

Cooper last competed in the British Championship in 2011 having raced in the Supersport class for five years after his 125cc success. Riding for British Championship winning teams including Centurion Racing and Smiths Racing, Cooper’s best year came in 2009 when he finished in fifth place overall after winning at Oulton Park and taking further podiums at Snetterton and Knockhill.

In 2010, Cooper finished ninth overall with podiums again at Knockhill and Snetterton while and he again finished ninth in 2011 in the championship table again despite being forced to miss three rounds. He achieved another rostrum finish, this time at Thruxton, and although next season will be his first full campaign on the short circuits for eight years, and his first in the Superstock 1000cc class, it’s a challenge he is looking forward to.

“It’s been a good few years since I contested a full season in the British Championships so I’m really looking forward to getting stuck into the Superstock class. It’s one of the toughest series’ on the calendar with full grids and a healthy blend of youth and experience so I’m under no illusions about the difficulty of the task ahead but it’s a challenge I’m relishing and looking forward to. There are many top riders in the class but the BMW is a great bike so with a great team behind me, including the increased support from Impcross Engineering, I’m confident we can give a good account of ourselves.”