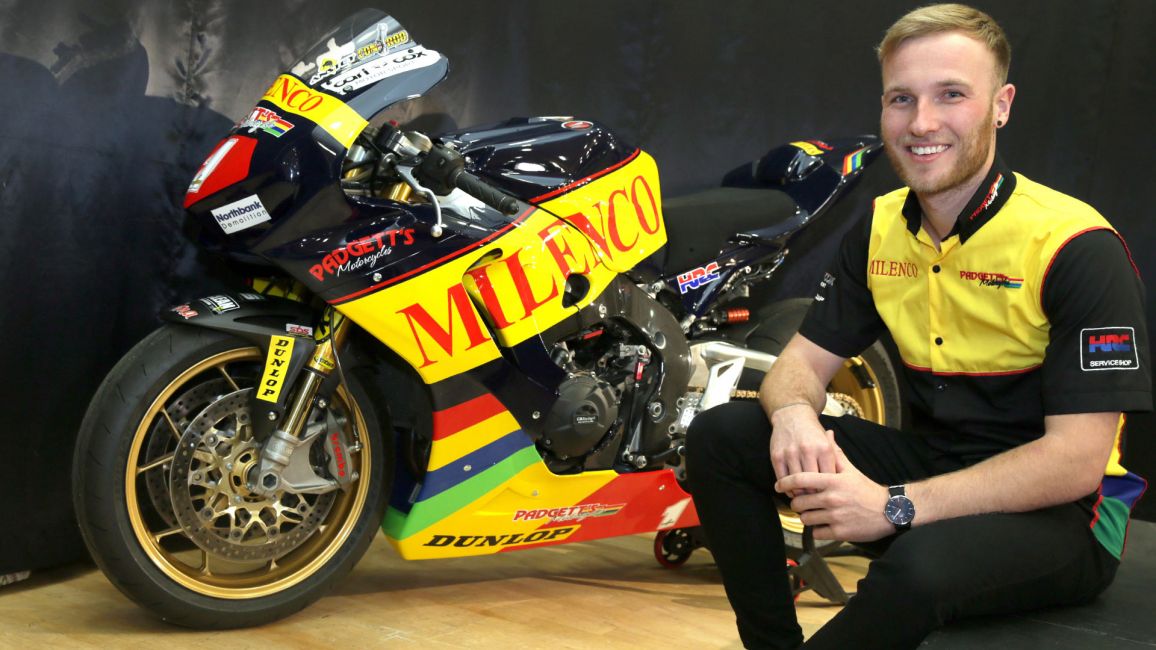 Milenco by Padgetts Motorcycles have expanded their line-up for this year’s Isle of Man TT Races fuelled by Monster Energy, with Davey Todd lining up for the Batley-based team.

Todd will campaign a Honda CBR600RR alongside regular team member Conor Cummins in the two Monster Energy Supersport Races where - despite being in only his second year of competition on the TT Mountain Course – he is sure to be a major contender, given his progress in his debut season last year.

The 23-year old rode a similar Honda for the Burrows Engineering Racing team in the two Monster Energy Supersport Races in 2018 and immediately excelled with two twelfth placed finishes.

He also posted a best lap of 124.364mph on the 600cc machine, a speed which makes him a seeded rider for 2019 where he will line up with the number eight plate. Team-mate Cummins will lead the field away at number one giving the team a strong top ten presence.

Todd made a name for himself in the 600cc class on the short circuits when he finished sixth overall in the 2016 National Superstock 600cc Championship with victories at Oulton Park and Brands Hatch.

His performances at last year’s TT made him the hottest property in road racing after he became the second fastest newcomer ever to have lapped the 37.73-mile circuit with a lap of 128.379mph in the Senior.

A brilliant ninth place in that race was backed up with tenth in the RL360 Superstock race as well as the two top twelve Supersport results.  His stunning debut saw him win the Newcomers Trophy, the TT Privateers Trophy and the RST Star of Tomorrow award.

In addition to the Milenco by Padgetts Motorcycles ride in the Monster Energy Supersport races, the Saltburn-by-Sea rider will also contest the RST Superbike, RL360 Superstock and Dunlop Senior Races for the German Penz13.com BMW team.

Clive Padgett, Team Manager, Milenco by Padgetts Motorcycles said: “As a team we’ve always enjoyed great results in the Supersport class and we have a very strong line up this year. Conor goes from strength to strength and is a contender in every class while Davey Todd is one of the most impressive riders to come through in recent years and hopefully we can help him build on last year.”

He continued: “Bruce Anstey also remains very much a part of our team and we hope to have him on the Isle of Man in some capacity as he continues his recovery from illness.”