Michael Dunlop has confirmed that he will contest the RST Superbike and Milwaukee Senior TT Races with the Hawk Racing team onboard their Suzuki GSX-R1000R machinery at the 2022 Isle of Man TT Races fuelled by Monster Energy.

The news follows a period of uncertainty and speculation after Dunlop revealed the highly-anticipated deal with Paul Bird Motorsport to race a Ducati Panigale V4 R was off at the Road to 2022 TT launch show.

In an exclusive interview available to watch for free on TT+, the 19-time TT champion explained that - despite the best efforts and financial backing of his personal sponsors – a thorough testing schedule and promises from the team failed to materialize, and Dunlop was facing the prospect of riding the bike for the very first time at the North West 200, just two weeks before the TT.

‘The bike itself we know is a very good bike and I was looking forward to it and I’m disappointed with how it worked out. At this stage we should have been riding by now but we haven’t’, he explained in the feature, Michael Dunlop: In the Driver’s Seat.

‘Things have changed - you’re riding bikes against boys who are riding every day of the week. To rock up [to the TT] with a brand-new motorbike, not knowing if things are left or right, or if it’s even stable, isn’t practical anymore.’

Since the announcement, there was speculation that Dunlop may choose to build his own superbike under the MD Racing banner alongside his own Honda Superstock, Yamaha Supersport, and Paton Supertwin bikes, but the news means that he’ll be back with the team he’s already enjoyed a long and illustrious partnership with.

Double Superbike and Senior TT wins in both 2014 and 2016 came on BMWs courtesy of Stuart and Steve Hicken’s Hawk Racing squad, and a switch to Suzuki-power in 2017 resulted in a spectacular Senior TT victory on a bike that – at the time – was brand-new and unproven. 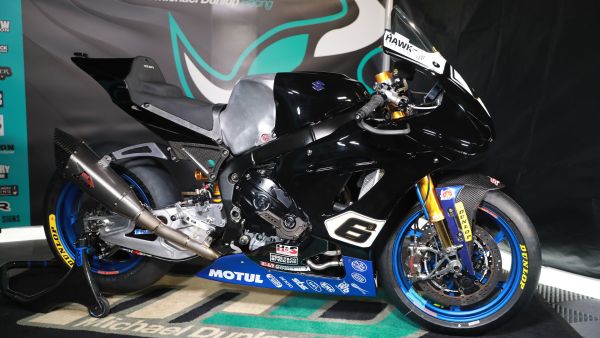 It’s also not the first time that the Hawk Racing team have provided Dunlop with machinery late in the day, having stepped in during qualifying week of TT 2015 when he split from the Milwaukee Yamaha squad – something the TT legend also opened up about in his insightful interview with John Hogan.

Speaking of the news, Dunlop said: ‘Obviously it’s not ideal to be making these decisions so close to the TT and on the eve of the North West 200, but after three years away it’s even more important to be with a team I know and work well with, and on a bike I’m familiar with.’

‘I can’t thank Stuart, Steve and the team enough for this. It’s not the first time they’ve dug me out of a hole, and they’ve moved heaven and earth to get the bike ready for me.’

Steve Hicken, Team Principal of Hawk Racing, added: ‘We’ve enjoyed a lot of success with Michael over the years, obviously these circumstances aren’t ideal but we’ll do everything we can to give him the bike he needs.’

‘He knows the team and he knows the bike. We had a couple of outings with Michael last year in the British Championship which obviously helps, and before we made this arrangement with him we’d still been working away on our own TT preparations for Shaun [Anderson].’ 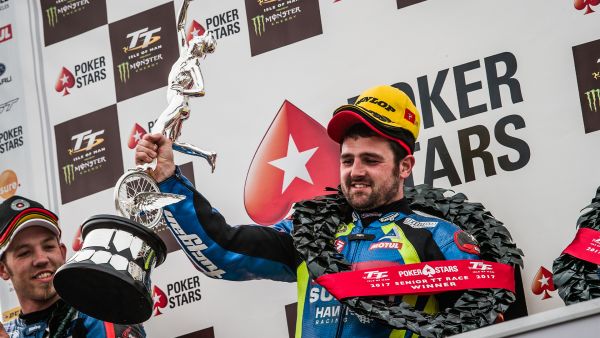