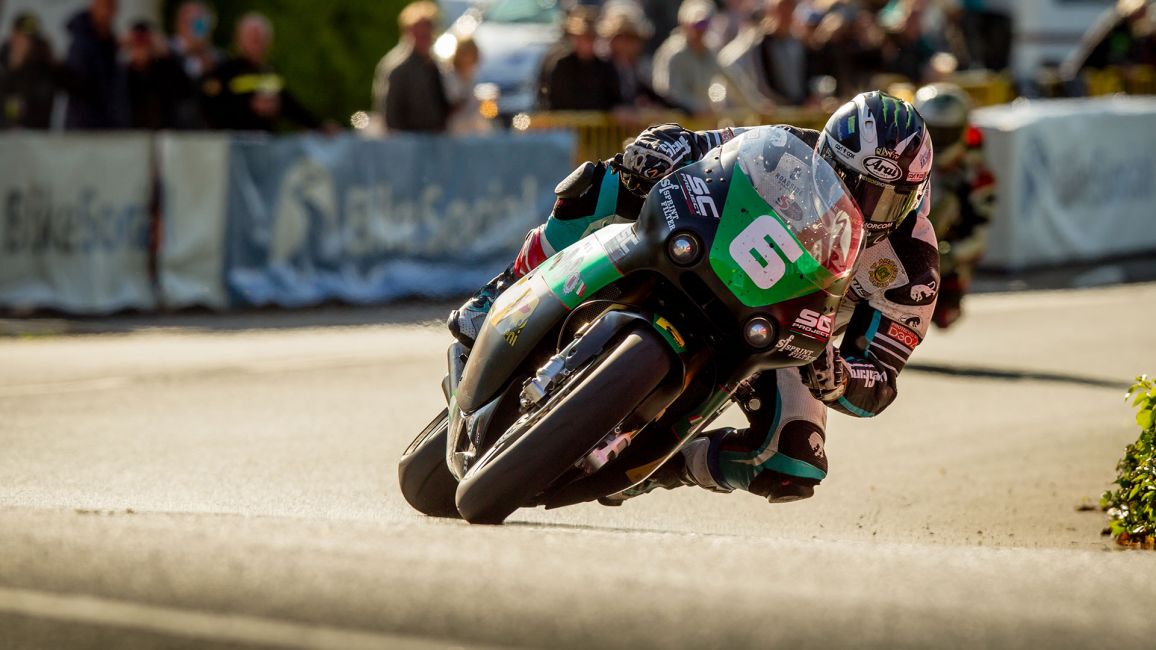 Michael Dunlop took a thrilling Bennetts Lightweight TT Race victory at the 2019 Isle of Man TT Races, fuelled by Monster Energy, on Thursday evening when he beat Jamie Coward by just 1.299s at the end of the shortened two lap race.

Dunlop (SC Corse Paton) and Coward (KTS Racing Kawasaki) swapped the race lead on a number of occasions and were never more than a few seconds apart but the Ulsterman just held off Coward for his 19th TT victory. Lee Johnston finished in third place on the KMR Kawasaki.

Dunlop led Coward at Glen Helen on the first lap by 2.68s with Gary Johnson only 0.676s adrift in third. Bonetti slotted into fourth ahead of Michael Rutter and Johnston with Peter Hickman the best of the Nortons in eighth.

Coward pulled two tenths of a second back on the run to Ballaugh but by Ramsey Dunlop had extended his lead to four seconds and although Johnson was still in third, he was now 5.8s behind Coward. He had his hands full with KMR Kawasaki team-mate Johnston who had closed to within 0.158s but John McGuinness was a retirement at Ballaugh.

Over the Mountain, Coward took 3.7s out of Dunlop’s lead to trail by just three tenths of a second at the Bungalow and he took the lead for the first time at Cronk ny Mona. His opening lap of 120.65mph gave him a slender 0.748s advantage over Dunlop but Johnston had made great progress to move up to third ahead of Stefano Bonetti, Johnson and Paul Jordan.

Davey Todd retired his Norton at the pits but at the head of the field, Dunlop cut Coward’s lead by three tenths of a second at Glen Helen second time around with just under half a second separating the duo. Johnston was only two seconds ahead of Bonetti as Jordan moved ahead of Johnson into fifth.

At Ballaugh, the gap had come down further still to 0.163s but at Ramsey Dunlop was back in front by 1.4s with just the final run over the Mountain to come. Coward wasn’t giving up without a fight though and he had the better run to the Bungalow as he brought the deficit down to 1.158s.

The Yorkshire rider took another four tenths out of Dunlop as they passed through Cronk ny Mona and as Dunlop flashed across the line at 122.746mph, three hundredths of a second outside his own lap record, he had an agonising wait to see if he’d won.

Coward lapped at 122.52mph but fell 1.299s short although second place saw him claim his first ever TT podium. Johnston took third for former winner Ryan Farquhar with Jordan taking an excellent fourth place finish in his third TT ahead of Rutter and Bonetti.

Johnson faded to seventh as Peter Hickman gave Norton something to cheer about in eighth with Dominic Herbertson and Horst Saiger completing the top ten.