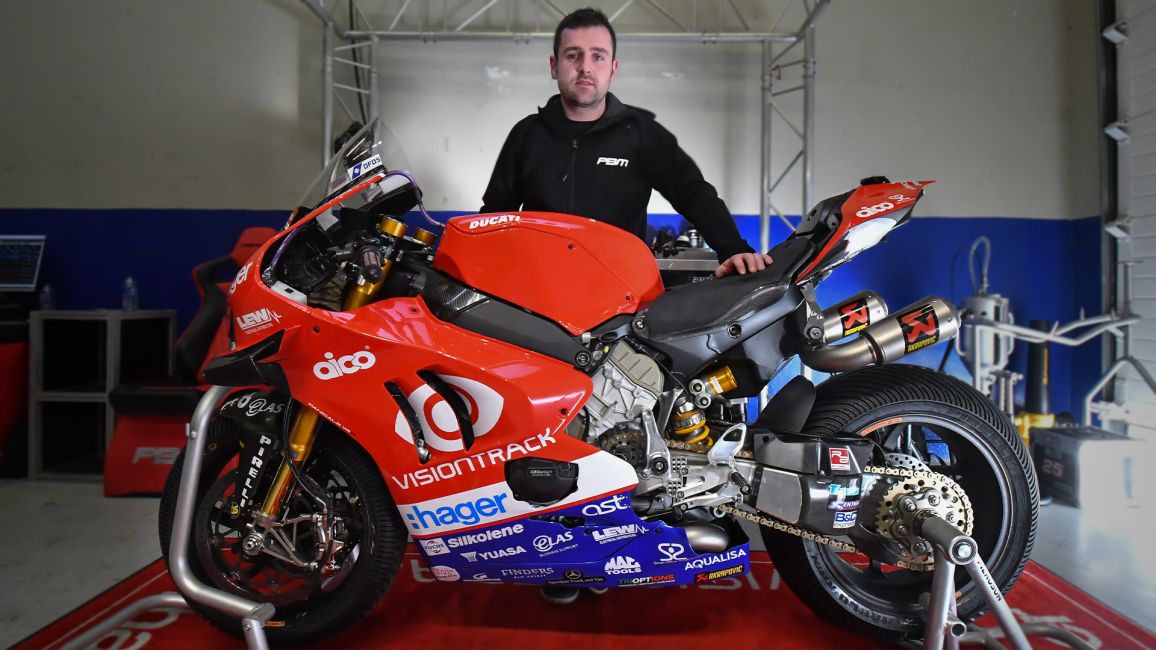 19-time TT Race winner Michael Dunlop has sensationally revealed he will ride for Paul Bird Motorsport on board the team’s VisionTrack Ducati V4R at the 2020 Isle of Man TT Races fuelled by Monster Energy.

The 30-year-old from Ballymoney teased the announcement on social media the evening before the first day of the second British Superbike Championship at Jerez, Spain.

2019 was not a vintage year for Dunlop, who struggled with a wrist injury sustained in testing prior to the Isle of Man TT Races and North West 200. He was then involved in a 4-wheeled crash at the Donegal Rally where he sustained ‘serious’ injuries which were then compounded by a nasty high-side crash at the Southern 100 Road Races in July.

The deal between Dunlop and the PBM Team is for the 2020 Superbike and Senior TT Races, with Dunlop riding for his own MD Racing Team in the Superstock and Supersport Races.

The Penrith-based PBM Team – who have taken seven British Superbike Championships – are no strangers to the Isle of Man TT, making their most recent appearance in 2015 when Ian Hutchinson finished second in the Superbike, third in the Senior, and first in the Superstock Race riding Kawasaki ZX-10R machinery.

In 2003, John McGuinness finished second and third in the Formula 1 and Senior TT Races respectively riding the PBM MonsterMob Ducati but, arguably, the team’s most famous TT-outing was in 2000 when the great Joey Dunlop took his 26th and final TT win onboard the PBM Vimto Honda SP1 in the Formula 1 Race.

PBM and Michael Dunlop have previously worked together when they prepared a Kawasaki ZX-10R which he took to victory in the 2011 Superstock Race, however 2020 will be the first time that Dunlop has ridden directly for the PBM Team.