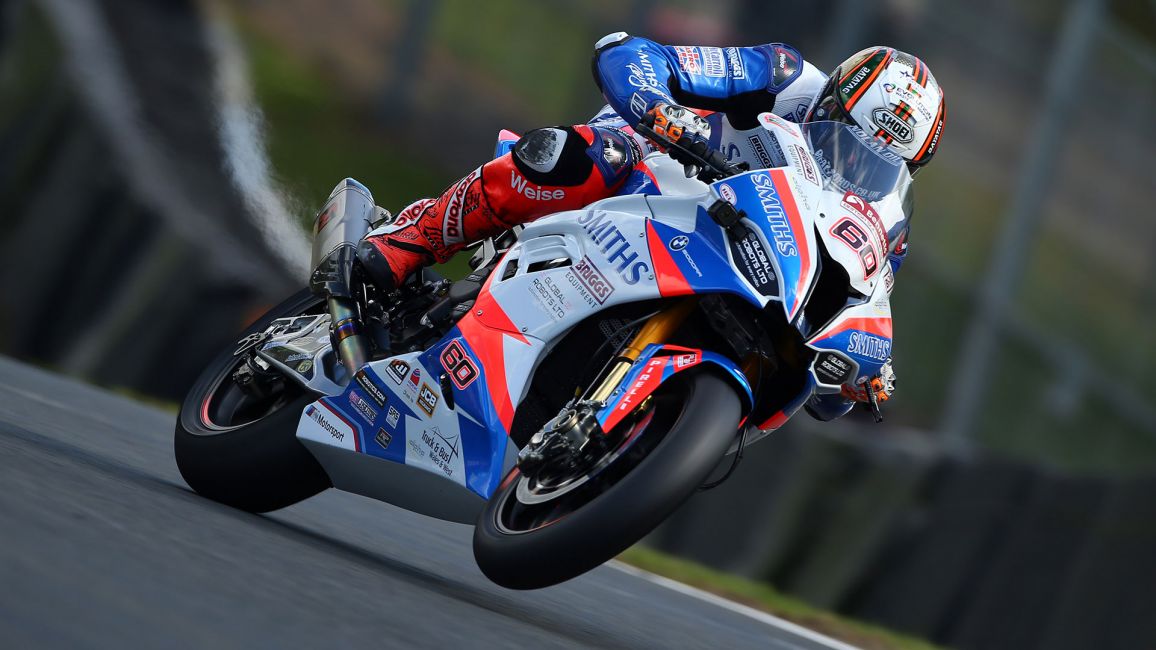 Preparations for this year’s Isle of Man TT Races fuelled by Monster Energy continue at full speed, with many of the participants at this year’s event concluding their build up at next week’s North West 200.

With the opening practice session around the 37.73-mile TT Course taking place in little more than two weeks’ time, the high-speed North West 200 circuit that links the Northern Irish seaside towns of Portstewart, Portrush and Coleraine is the final opportunity for riders to get races under their belts. And when reaching speeds in excess of 200mph, the 8.9-mile circuit is the ideal proving ground.

Many of the leading protagonists have been in regular action already this year with Peter Hickman, last year’s RL360 Superstock and Senior TT winner, and Dean Harrison, victor in the second Monster Energy Supersport Race, both enjoying excellent outings at the recent British Superbike Championship round at Oulton Park.

Alongside the Superbikes they’ve been using in the British Championship, the North West 200 will be the first and only opportunity for Hickman and Harrison to have a competitive outing on their Superstock and Supersport machines ahead of the Isle of Man TT.

For some, the North West 200 will be the first competitive outing of 2019, with respective 18 and 23-time Isle of Man TT winners Michael Dunlop and John McGuinness amongst them. Dunlop has been testing the Tyco BMW S1000RR he’ll ride in this year’s RST Superbike and Dunlop Senior TT Races at home and abroad, but he’ll also be on board his Superstock and Supersport machines at the North West 200 ahead of the TT.

McGuinness makes his return to the venue for the first time since the heavy crash that nearly ended his career two years ago. His participation at both this year’s North West 200 and Isle of Man TT Races had been in doubt due to the oversized capacity of the 1200cc Norton engine the British manufacturer had planned to use, but by reverting back to the 1000cc Aprilia V4 engine used in 2018, McGuinness is now set to take to the startline at both events. Northern Irish fans will also see him make his debut in the Lightweight class, riding the Norton Superlight machine he, Hickman, and Davey Todd will ride in this year’s Bennetts Lightweight TT Race.

Ahead of the TT, the Honda Racing team of Ian Hutchinson and David Johnson are also set to compete at the North West 200. The pair will contest the Superbike, Superstock and Supersport races, with Hutchinson enjoying a productive outing on the CBR600RR at the Oulton Park round of the British Supersport Championship last weekend. Johnson is yet to have a race for his new employers but he has been clocking up the mileage in testing, completing over 90 laps in a single day at Castle Combe last week.

Conor Cummins and James Hillier have both gained valuable mileage in the early rounds of the British Superbike Championship, and the regular TT podium finishers line up at the North West 200 on their respective Milenco by Padgetts Motorcycles Honda and Wicked Coatings Quattro Plant Kawasaki machinery. They’ll both want to lay down an impressive marker ahead of the TT.

Michael Rutter will be eager to make the most of the track time in Northern Ireland, as he gives the Bathams Racing Honda RC213V-S its first race outing in the UK. Second in last year’s Macau Grand Prix, he showed the bike’s undoubted potential and is keen to take it out on the UK roads to work on its set-up ahead of the TT, having made significant changes to the complex MotoGP-derived electronics over winter. Rutter will also be reunited with Ryan Farquhar’s KMR Kawasaki team for the Lightweight class.

The 6-time TT race winner was, however, involved in an incident at Oulton Park last weekend which also saw Gary Johnson crash out. Johnson sustained a nasty leg injury when both riders were caught out by another rider going off track and suddenly re-joining, but his participation at both the North West 200 and Isle of Man TT was never in doubt. He will want to capitalise on the productive pre-season spent on the RAF Regular & Reserve machines as he bids to get back on to the TT podium for the first time since 2015.

Lee Johnston’s return to the British Supersport Championship has started in fine style with three top five finishes and, like Johnson, he’s aiming to make a return to the top three at the TT after a difficult 2018 with Honda Racing.

Derek McGee is another who comes to the North West 200 in preparation for the TT and on the back of a brilliant start to their 2019 campaign. Second in last year’s Bennetts Lightweight TT Race, McGee took three victories at the Cookstown 100 and a further four at the Tandragee 100 Irish Road Races, and is aiming to carry that form on to the International Road Races this year.