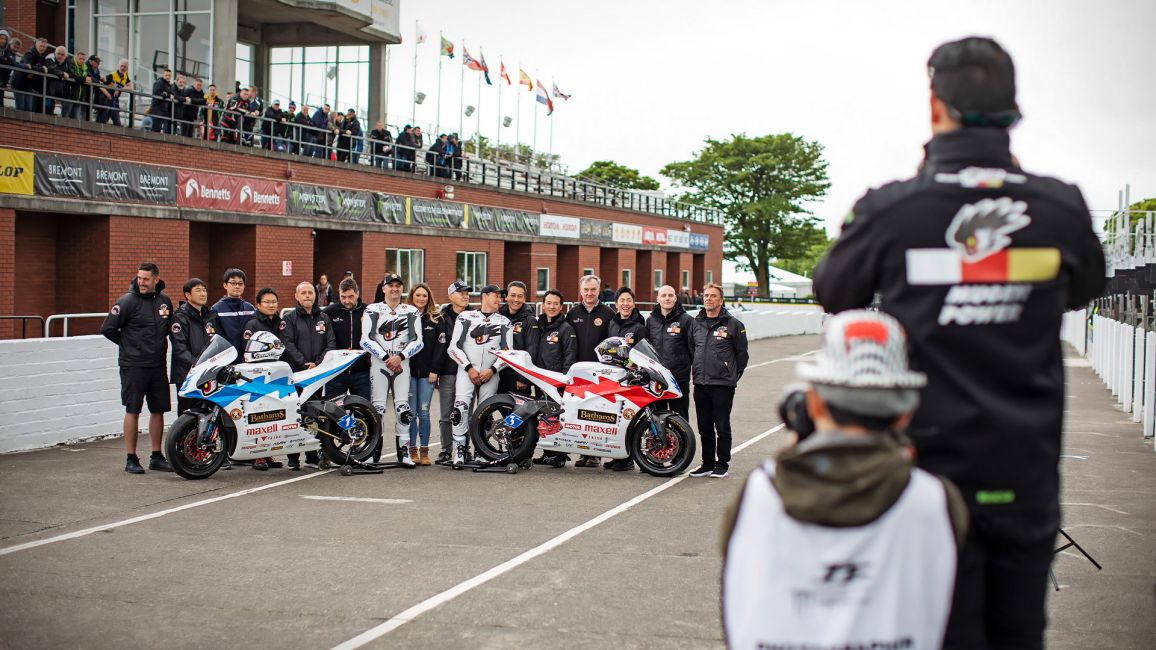 The third in our series of the Greatest TT Teams of the Modern Era looks into the future of motorcycling and the rapid progression of electric machines, pioneered by Mugen Motorsports.

In 1973 Hirotoshi Honda, son of Honda Motor Company Soichiro Honda, formed Mugen Motorsports. Despite the direct family connection, Mugen – meaning ‘without limit’, ‘unlimited’ or ‘vast’ – has never been owned or part of the Honda Motor Company. Instead, the company specialises as an engine tuner and a performance parts manufacturer that works closely with Honda in the motorsport’s world.

Whilst the company initially produced special parts for motocross bikes, Mugen’s racing involvement originated on four-wheels. They have achieved great success in the Japanese Super GT sports car and Formula 3000 single-seater championships and even enjoyed four race victories as an engine supplier in Formula One between 1992 and 2000.

Recognising the importance of electric vehicles in the future of transport, Mugen revealed that they would contest their first TT Zero Race – a single lap race for motorcycles with zero carbon emissions – in 2012. Their involvement was driven by a desire to educate and prepare the next generation of engineers in the use of future technologies.

Collin Whittamore, CEO of Mugen Euro, was enlisted to oversee the project and aide with team logistics between Japan, the UK and the Isle of Man, while Honda Racing’s Javier Beltran was brought to advise on preparing and running a machine at the Isle of Man TT Races. 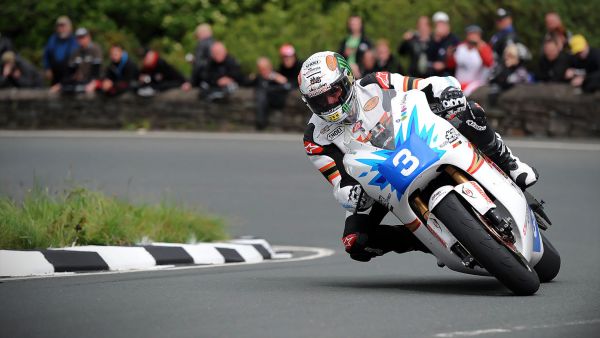 2012: Then a factory Honda rider, John McGuinness was brought in for Mugen's first attempt at the TT Races

Their maiden TT effort saw Honda’s lead rider John McGuinness onboard the first version of the Mugen Shinden machine. McGuinness would go on to lap at an average speed of over 100mph in an impressive debut for the team but the race victory was taken by Michael Rutter and the experienced MotoCzysz team, who had contested each running of the zero-emission race since its introduction in 2009.

While the first Shinden featured a bespoke chassis produced by Mugen, its powerplant consisted of off-the-shelf components with the battery, motor and inverter (used to convert the battery’s direct current of electricity into the motor’s alternating current) sourced from other companies.  However, over the following years Mugen’s expertise allowed them to develop their own motor and inverter which were designed, manufactured, assembled and tested in-house in Japan, with riders including McGuinness, Lee Johnston and Guy Martin flown out to Japan each year as part of an extensive testing program. 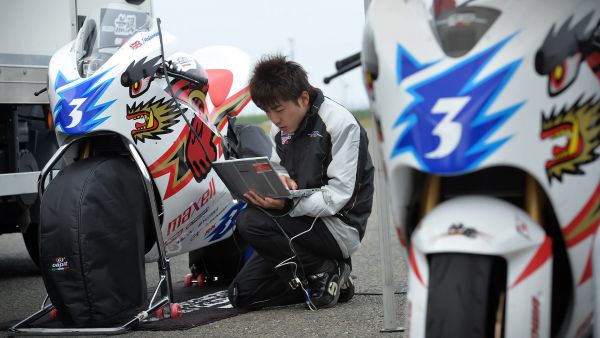 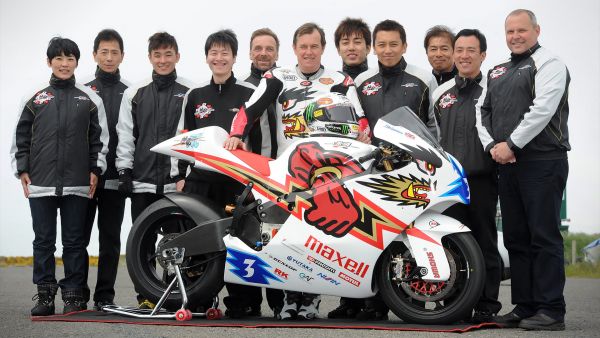 2013: Mugen's aim was to use the TT Races to develop their EV technologies

To make it a complete Mugen project, they developed a technical partnership with Japanese electronics giant Maxell, meaning that whilst the individual battery cells were supplied by a third-party company, the make-up of the complete battery pack was designed and assembled by Mugen.

Following defeat in their debut year, there was a considerable rivalry between Mugen and MotoCzysz. This rivalry and competition led to rapid development of the technology, with Mugen quickly bridging the gap to their American rivals. In the 2013 race, McGuinness was able to increase his average race speed by over 7mph to lap at 109.527mph but it wasn’t enough to beat the Rutter-MotoCzysz combination, who won by less than 2 seconds. However, a sporting rivalry for the digital age was cut short when Michael Czysz, team owner and chief engineer behind the MotoCzysz bikes, was diagnosed with a rare form of cancer and the team never competed again. Sadly, Michael passed away in 2016.

Despite the loss of their main rival, Mugen continued to invest heavily and develop the Shinden bikes, stepping up their programme in 2014 by fielding two bikes with Bruce Anstey joining McGuinness in an all-star line-up. 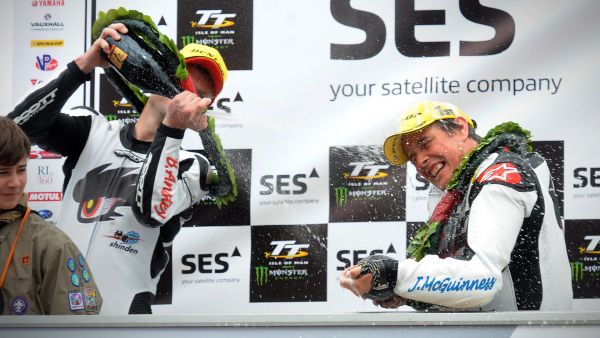 The same rider line up returned for 2015 and with laps of 119.279mph and 118.857mph, it was another one-two finish with McGuinness on the top step once more. A lap of 120mph was now tantalisingly close and the team knew they had a bike capable of racing at those speeds; the key lay in getting the balance right between battery use and battery temperature. Power could be turned up as often as possible but more demand led to hotter batteries which led to compromised output or, more simply put, a faster drain on resources.

Anstey won in both 2016 and 2017 but the lap times didn’t improve. The latter was a great disappointment for Mugen as Mrs Honda and her two sons had flown to the Isle of Man in the hope of seeing the first 120mph lap by an electric bike. While they were yet to break that barrier, the Mugen team were still unmatched, seeing off challenges from Victory Racing, Sarolea, Energica and a number of gritty university-based teams.

With three TT Zero wins already to his name, Rutter was the ideal man for Mugen’s bid to break the magical 120mph barrier and, when he joined the team for 2018, he didn’t disappoint. With surprise competition coming from the University of Nottingham machine of Daley Mathison, who lapped at 119.284mph, Rutter had to call upon all his knowledge and experience but he achieved the landmark with a stunning lap of 121.824mph to win by 24 seconds. 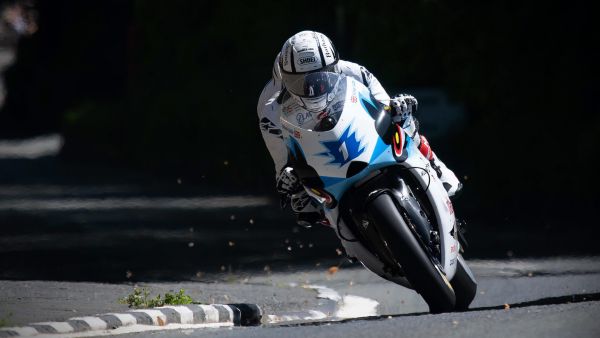 2018: Michael Rutter was brought in to the team, setting the first ever 120mph lap for a zero emission bike

McGuinness returned to the team for 2019 after missing 2017 and 2018 due to injury, but Rutter would once again come out on top. McGuinness lapped at over 120mph but Rutter upped the lap record to 121.909mph to take victory by 12 seconds, a fifth TT Zero Race win and a sixth consecutive win for Mugen.

The team believed a lap of 124-125mph would have been possible had it not been for a lack of practice but, in the words of Whittamore, Mugen achieved at least two things by competing at the TT – they learnt about EV powertrains and established a legacy of Mugen at the TT to parallel Hirotoshi’s father.

Through eight years of competition and development, the Shinden machines halved in weight, doubled in power, and could hit speeds of over 175mph. Mugen had achieved their goal of gaining valuable engineering and bowed out as world leaders in electric motorcycles when a moratorium was announced for the TT Zero class until 2022. 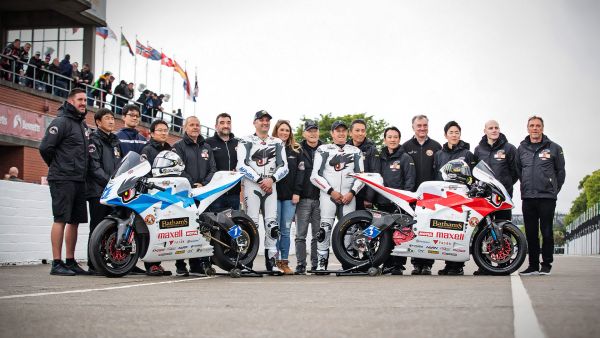