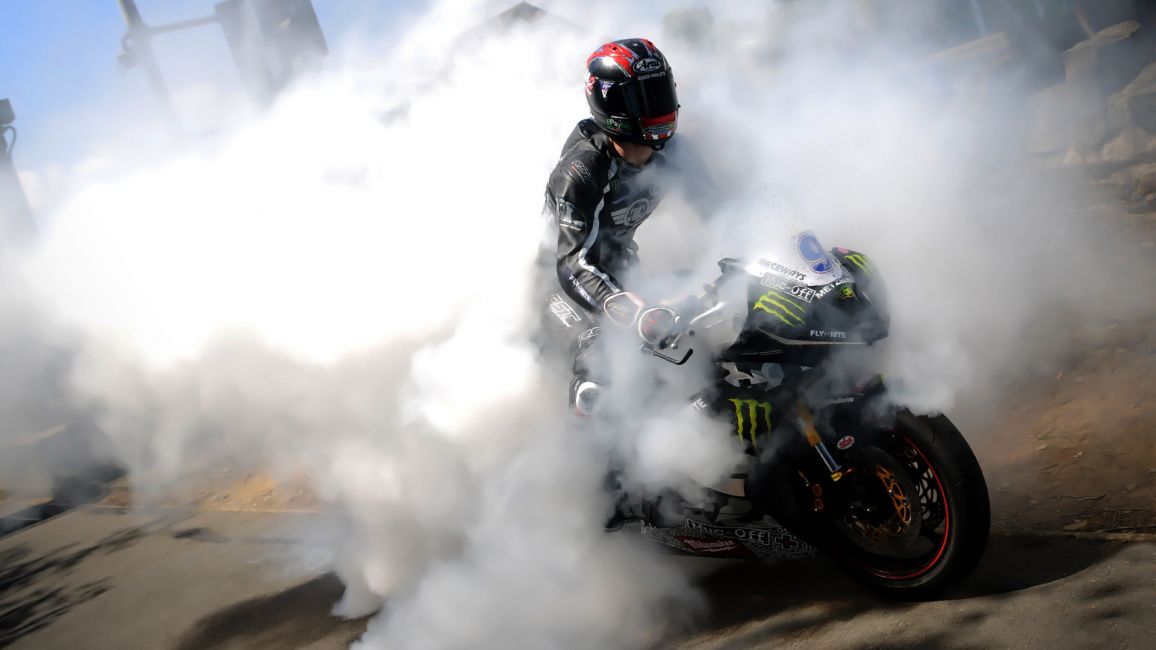 Our in-depth look at the Greatest TT Teams of the Modern Era continues with Part Two focussing on the late Keith Flint’s Team Traction Control.

With a platinum-selling, millionaire rock star as team owner, Team Traction Control were always going to have a strong presence at the Isle of Man TT Races, but whilst success was obviously the main aim, going racing was also very much about enjoyment.

Keith Flint from The Prodigy was an out-and-out biker who loved nothing more than being out on the road - or track - on his bike. The team was initially formed with the ethos of a few mates going racing together to simply have a good time, but they were committed and dedicated to the racing too. Nowhere more so than at the TT.

Flint understood the sacrifices made by riders and what it meant just to compete at the Isle of Man TT Races, let alone succeed. There were no gimmicks involved and no glitzy PR, it was simply a team contesting the TT with Flint avoiding the publicity and limelight himself, preferring to operate in the background and remaining humble throughout.

Team Traction Control were founded in the early 2010s with Flint himself lining up in a two-rider team that contested the British National Endurance Championship. Flint stood aside for 2013 to allow close friend and TT star Steve Mercer into the team, which resulted in the outfit clinching the National Endurance Championship that year. The following year, Team Traction Control made the step up to contest a number of British Championship rounds and also made their first appearance at the Isle of Man TT Races with Mercer onboard.

Their first attempt at the TT was perhaps overly ambitious, with the team preparing Superbike, Superstock and Supersport machinery. Mercer took three top 20 finishes, the best being 13th in the second Monster Energy Supersport Race. 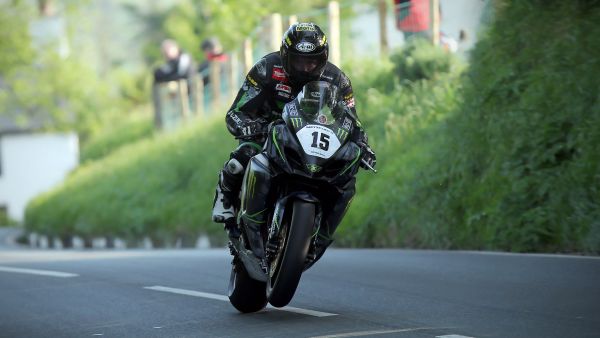 For 2015, the team scaled down their operations and competed in just the two Supersport Races. But whilst they reduced operations on that front, their intentions could be seen with increased sponsorship from Monster Energy and the arrival of Chris Anderson and Pete Jennings - two highly renowned technicians with a wealth of experience. The improved infrastructure was then paired with a rider who already had eight TT wins under his belt – Ian Hutchinson.

While Hutchinson’s introduction to the team was last-minute after a deal to ride an MV Agusta collapsed at the eleventh hour, the partnership clicked immediately. Despite only managing three laps in qualifying, Hutchinson took an emotional victory in the first Supersport Race. 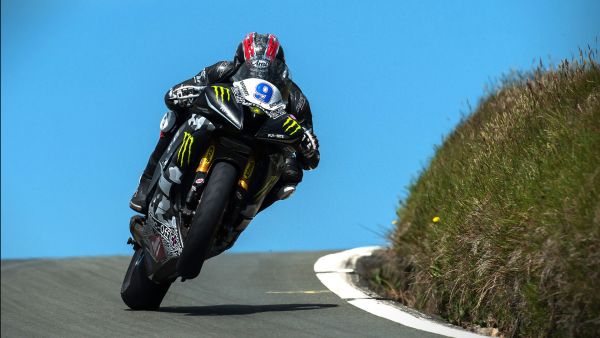 2015: An emotional return to the top of the podium for Ian Hutchinson after a lengthy battle with injury

It was his first TT win since his historic five-in-a-week achievement of 2010 and five years after the horror leg-break sustained while competing in the British Championship. After enduring thirty operations and a number of unsuccessful comebacks, he was well and truly back to his best and setting a pace that no one else was able to match.

An 8-second winning margin in Race One was doubled in Race Two as Hutchinson swept to victory once again and, this time, Flint was there to celebrate with him too. 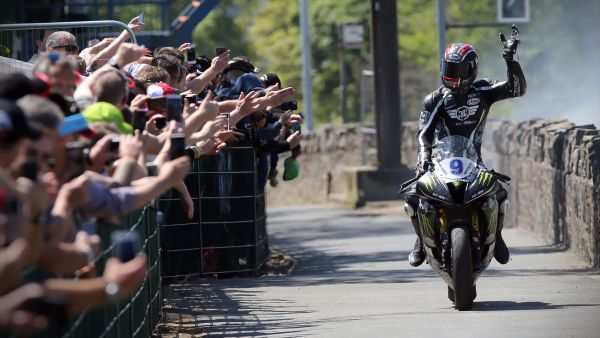 The combination returned in 2016 and although it was again a relatively small operation in the paddock, the bike and rider were amongst the best there could be. With six Supersport wins already to his name, Hutchinson started as the undoubted favourite and he didn’t disappoint.

The Bingley rider again dominated the opening race with a lead at the end of lap one of 6 seconds. Hutchinson had extended this to 15 seconds at the chequered flag and, with Michael Dunlop then disqualified from second place due to a technical infringement, it stoked up their rivalry even further. 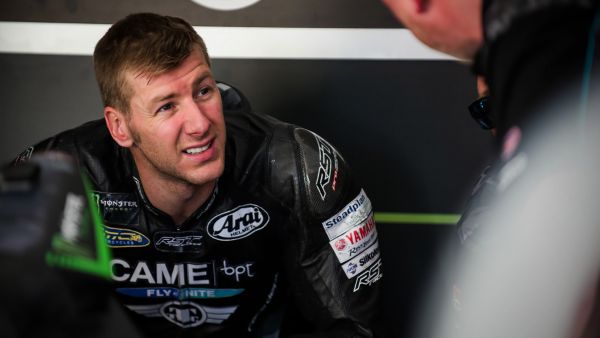 2016: Hutchinson was clear favourite for Supersport success going in to TT2016

Hutchinson repeated the win in Race Two to move onto 14 TT wins in total and with four runs in a row, it confirmed both his and Team Traction Control’s dominance of the middleweight category.

Hutchinson and Team Traction Control continued for a third straight season in 2017 and, in what proved to be their swansong appearance at the TT, the run of success came to an end. Weather disrupted that year’s TT heavily and forced the cancellation of the second Supersport Race. Damp patches in the first race meant that conditions were far from ideal and after having a big slide at the 140mph Hillberry corner, Hutchinson brought the bike home for a safe fifth. 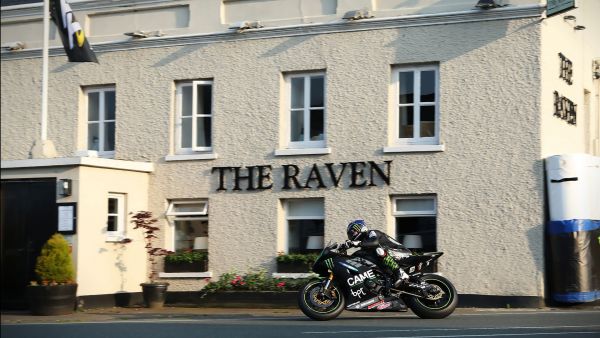 2016: No time for a pint, as Hutchinson and TTC make it four Supersport TT Race wins in a row 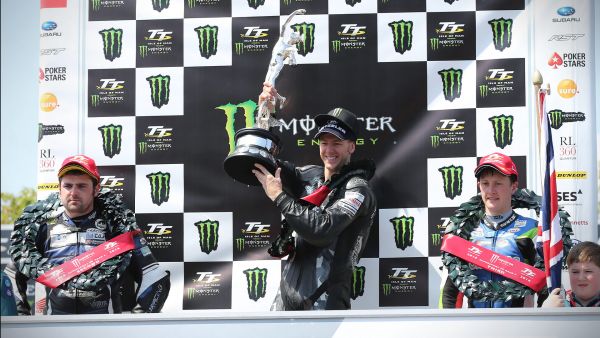