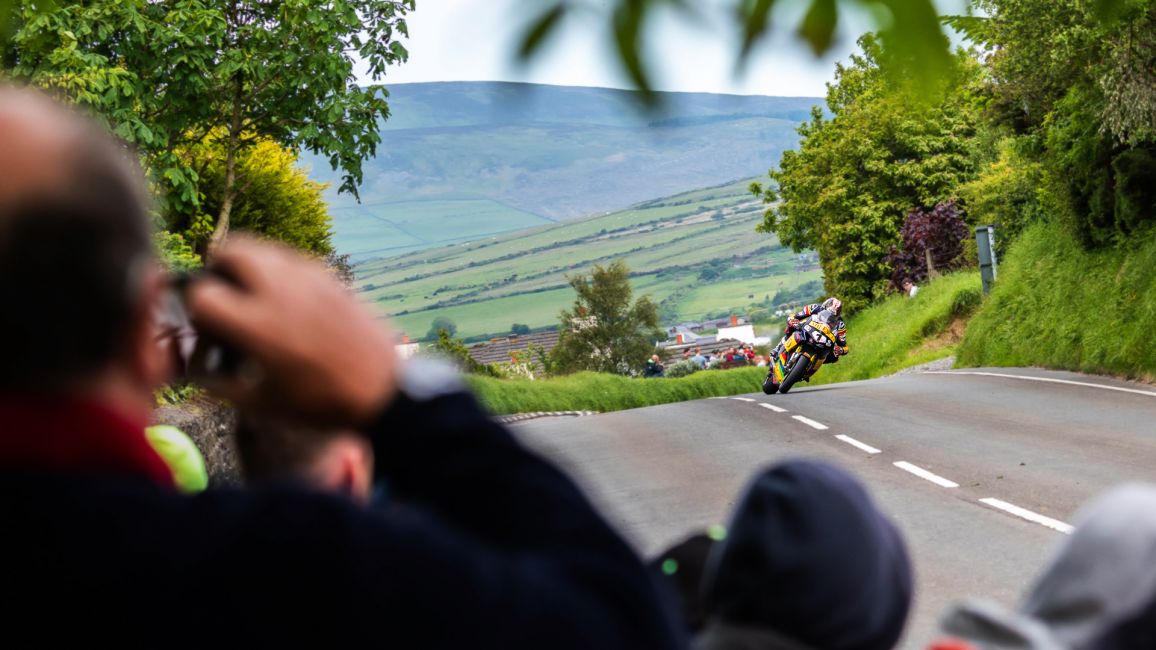 With a history that spans more than six decades and a name that’s now synonymous with the TT Races, the family-run Padgett's Racing team continue to challenge the biggest teams in the business.

The family-run business based in Batley, West Yorkshire, was founded by Peter Padgett and brother Don in 1958. Starting out as Yamaha dealership, they soon expanded with Honda in 1960 and then began stocking Suzuki machines in 1963. In conjunction with Honda Japan, the company also established the first and only Honda Racing Corporation, HRC Service Shop outside of Japan in 1993.

After opening their first store, it wasn’t long before the Padgett family became involved in racing. Throughout the 1960s they sponsored a number of riders on the short circuit and road racing scenes, claiming their first TT podium in 1971 with Welshman Gordon Pantall finishing second in the Junior Race.

By this time the team were regularly fielding high-profile riders, with eventual 7-time TT winner Mick Grant taking a brace of podiums for the team in 1972 and Phil Read taking the team’s first TT victory in the Lightweight Race the same year.

The rest of the 1970s were relatively low-key in terms of TT results, as the family’s focus shifted to the fledging racing career of Peter’s son, Clive. After taking the 250cc British Championship in 1977 aged just 19 – still the youngest ever British champion – he moved up to Grand Prix and was immediately successful, however his career was cut short after a crash at St Joris, Belgium where he sustained a badly broken arm and nerve damage. Despite his best efforts – which included Velcroing his glove to the throttle – Clive was forced to step away from competing himself.

As Clive’s career finished, younger brother Gary was just starting though and, after winning the Manx Grand Prix in 1980, he moved up to the TT and took his first race win in the 1982 Formula Three Race. Further podiums for the Padgett team came in the 1980s courtesy of Gary, Yorkshireman Phil Mellor, and the sidecar pairing of Dennis and Julia Bingham.

By the mid-80s, Gary was regularly challenging for race wins and had the talent to jump on almost any machine and run at the front. Mechanical issues and some misfortune had prevented him taking a second TT win until 1986, when he returned to the top step in the Production Race. But just a few days after his victory, tragedy struck and he lost his life in a road traffic accident.

It was a severe blow for the family and team who, understandable, took a step away from racing for a short period.

The Padgett's team were back on the top step at the TT in 1988 courtesy of Dave Leech and their support of highly-talented racers continued into the 90s. Both Steve Hislop and Jim Moodie took second place finishes in the 1992 and 1993 Junior Races respectively, with Moodie also taking a second-place finish in the 1997 Senior TT Race onboard an exotic Grand Prix-specification 500cc V-Twin Honda.

The end of the 1990s and early 2000s saw a shift in focus to the short circuits for the Padgett Team, but they continued to support the TT Races with both Nigel Davies and Richard Britton taking podiums for the team. 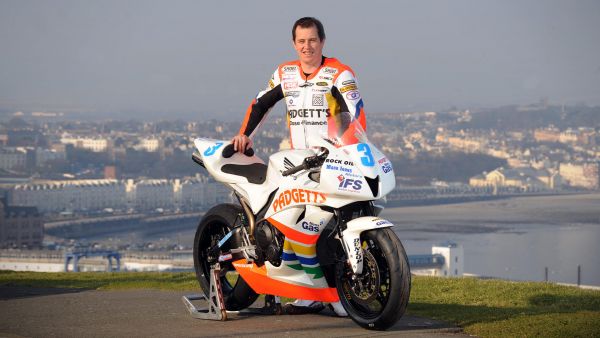 2008: McGuinness joins the Padgetts team for all 5 TT Races, after contesting the 2 Supersport Races the year before

A new chapter opened for the team in 2007 when, after success in the British Supersport Championship, Honda Racing Team Manager Neil Tuxworth approached them to run John McGuinness in both the domestic championship and Supersport TT. A deal was duly struck and the team’s new era began with second place in that year’s TT.

The following year saw Padgetts Racing given the responsibility of being the lead Honda team at the TT and after the disappointment of being forced to retire from the opening Superbike Race, they responded in superb fashion in the Senior as McGuinness took yet another TT win. Two second place finishes were also taken in the Superstock and opening Supersport Races. 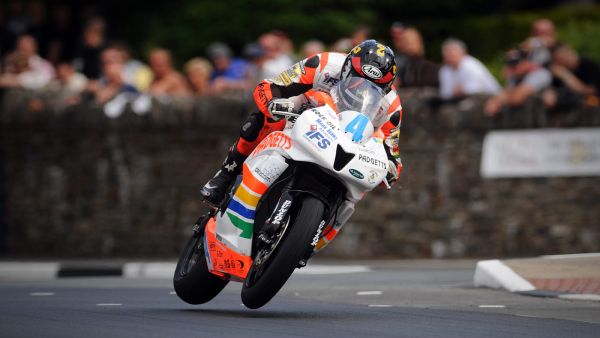 2009: Ian Hutchinson joins the team and takes victory in the Superstock and Supersport Races - a sign of things to come....

For 2009, McGuinness was back with factory HM Plant Honda team alongside Steve Plater for the Superbike Races, but Padgetts continued to run the pairing in the Supersport and Superstock categories. Ian Hutchinson was the team’s own rider, contesting the Supersport, Superstock, Superbike and Senior classes in Padgetts colours. A massive undertaking for the team in all.

Hutchinson and the team gelled straightaway as he won the Superstock and opening Supersport Races in 2009 while Plater and McGuinness took a whole raft of fourth and fifth place finishes.

However, if 2009 was good, it was nothing in comparison to 2010 when Hutchinson made history as he won all five solo races, testament not only to his talent but also to the immaculate preparation by the whole Padgett's team. As if five solo TT race wins weren't enough that year, the Padgett's team also supplied Klaus Klaffenbock with engines for his sidecar outfit, with which he won the two Sidecar Races that year alongside Dan Sayle. 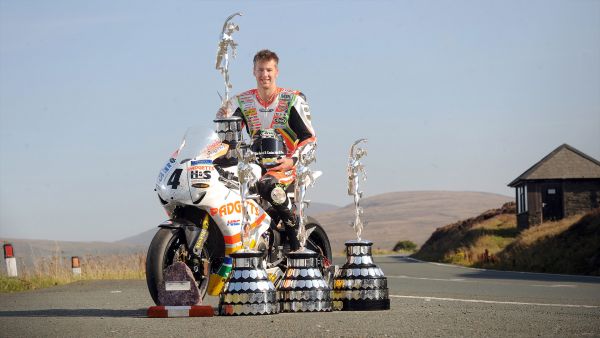 2010: A fairytale five in a week for Ian Hutchinson and the Padgetts team

Hutchinson’s short circuit injuries at the end of the year meant he was replaced in 2011 by Bruce Anstey and, like they had done with McGuinness and Hutchinson, the team were able to strike up an immediate rapport with the Kiwi. The friendly, family-run environment suited Anstey down to the ground and rejuvenated his career.

Race wins were taken by Anstey in the 2011 and 2012 Supersport Races, by just 0.77s in the latter, with McGuinness taking the 2012 Superstock victory, his first in the class, and the duo added three more podiums between them in this two-year period. 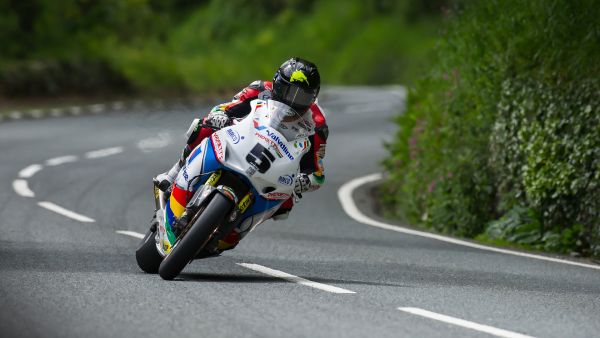 The team benefited from support from HM Plant in 2013 when Anstey took three more podiums, McGuinness joining him in one of the Supersport Races, and although a win eluded Anstey once more in 2014, he ended race week with the outright lap record in his pocket with a lap of 132.298mph in the Superbike Race, taking the record away from McGuinness for the first time since 2004.

2014 had seen a significant change for the team as, for the first time, they ran with a title sponsor, Valvoline, all previous years having seen the team funded largely by the motorcycle shop from which all of their racing had spawned. 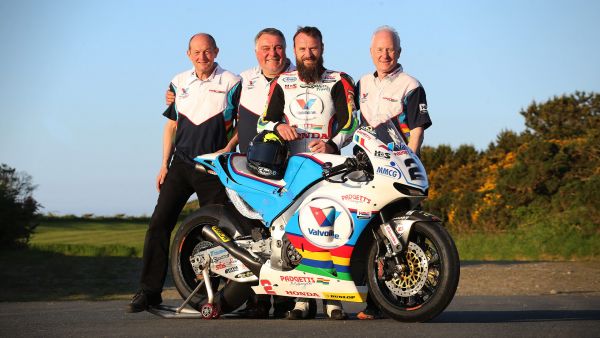 2016: The Padgetts Racing team wheeled out a ultra-exotic Honda RC213V-S for Bruce Anstey to compete with

Valvoline remained with the team for three years and it was in 2015 when Anstey claimed a much-yearned for Superbike win around the Mountain Course. However, the oil sponsorship from Valvoline meant that McGuinness, whose Honda TT Legends team were backed by Motul, had departed and it was Dan Kneen who was Anstey’s team-mate for 2015, the Manxman taking not only a number of leaderboard positions but also his first ever 130mph+ lap.

Anstey’s victory was, to date, the last TT win for Padgetts Racing with serious illness forcing his absence in both 2018 and 2019, but Conor Cummins has taken up the baton with podiums in each of the last two Superbike and Senior Races. And the whole squad have taken their presence and success to the Classic TT too with Anstey taking four wins including a fairy tale comeback victory last August. 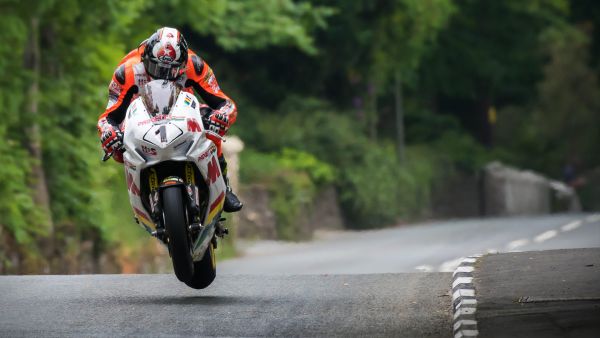 2019: In an era dominated by Dean Harrison and Peter Hickman, Conor Cummins has been the closest challenger taking 4 podiums in the last 4 Superbike and Senior Races