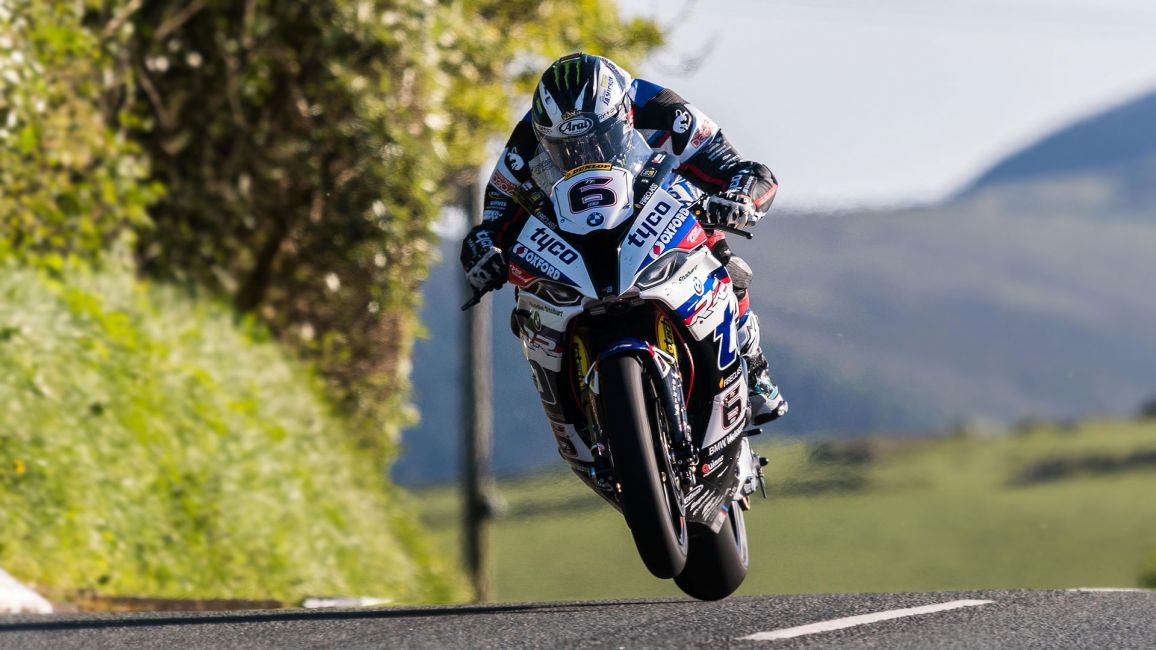 With a total of 18 TT race wins and 44 podiums since 2000, Temple Auto Salvage Racing, or TAS Racing as they are better known, are not only one of the greatest Isle of Man TT teams in recent history but also of all-time, with an enviable Mountain Course record.

The father and son pairing of Hector and Philip Neill have created an incredibly successful team, both professionally and commercially, over a sustained period of time that is almost unrivalled within the sport. An incredible list of riders have competed for the TAS Racing through the years, while the team have taken road racing to new levels of professionalism thanks to sponsorship from a global energy drinks company, a security firm, and now SYNETIQ. All of which has been undertaken by a core team of personnel that has remained largely unchanged for nearly 20 years.

Based in Moneymore, Northern Ireland, the team’s roots can be traced back to the late 1970s when Hector first got involved in the sport, sponsoring riders including Joey Dunlop and Steve Cull with whom Neill supplied an Suzuki RG500, the latter taking second place in the 1980 Senior TT.

By 1982, Hector had taken the exciting young talent of Norman Brown under his wing, the Newry rider having shattered lap records on his way to winning the 1981 Junior Newcomers Manx Grand Prix. With the support of Neill, Brown then became one of the few riders to win a TT at his first attempt, victory coming in the following year’s Senior TT.

Further TT podiums came in 1982 and 1983, but the sport was robbed of one of its undoubted stars when he tragically lost his life at the British Grand Prix at Silverstone just a few months later. The devastating blow saw Neill pull out of the sport and it would be some 17 years later before he returned.

When he did so it was with his son Philip, himself a successful motocross rider, and team member Mark McCarville. Although it was a small operation to begin with, supplying a single Yamaha R71 to Ian Lougher for the Superbike classes in 2000, the Welshman took fourth in that year’s Formula One TT Race. 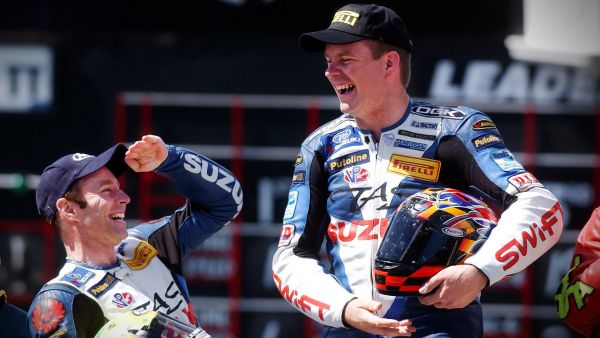 2002: TAS Racing's first proper assault at the TT in 2002 saw them take 4 race wins - 1 for Ian Lougher and a hat-trick for David Jefferies

The Foot and Mouth epidemic put paid to the TT in 2001 but TAS returned with Lougher in 2002, as well as Man of the Moment – David Jefferies. A further change saw them switch to Suzuki power and field bikes in all of the four-stroke classes. The team immediately gelled with Lougher winning the Production 600cc race and taking three more podiums during the course of the week.

However, the spotlight shone on Jefferies who gave the team their first TT win with a record-breaking victory in the opening Formula One Race. He didn’t stop there either, with similar record-breaking performances in the Production 1000 and Senior Races, the latter seeing him set a new outright lap record of 127.29mph on the immaculately prepared Suzuki.

Jefferies was retained for 2003 where he was joined by Adrian Archibald but, tragedy struck at the TT when he lost his life in a high-speed crash at Crosby during practice. With the backing of the Jefferies family, the team continued and despite the obvious stresses and strains, Archibald rode superbly to win both the Formula One and Senior Races. 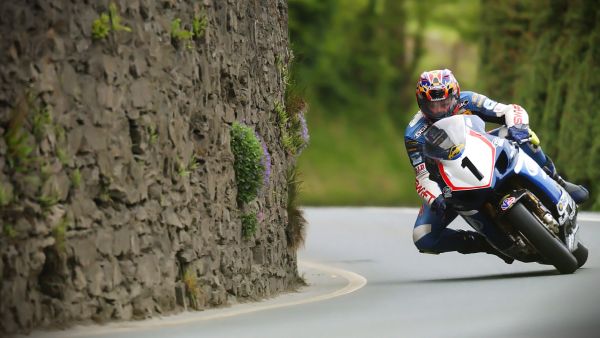 2003: Jefferies was in sensational form once more, but tragically lost his life in TT qualifying

Archibald repeated the Senior win in 2003 when he also took second in the Formula One Race, and it was a superb week for the TAS Racing team as new team member Bruce Anstey finished on the podium in all five of his races, winning the Production 1000 Race outright.

The Kiwi would take four more wins on the TAS Racing bikes with success coming in the Superstock and Supersport categories and, when he wasn’t winning, podium places were regularly chalked up too. 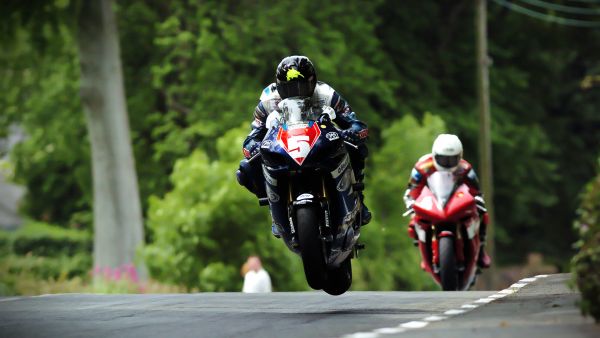 2004: Bruce Anstey was rarely off the podium with TAS Racing. Pictured here on the way to victory in the 1000cc Production Race

For 2007, the team had their first title sponsor in the shape of the Relentless energy drink, a partnership that continued up until the end of 2010, a period when further race wins were taken by Cameron Donald.

He replaced Archibald for the 2008 season and was immediately successful, leading a TAS Racing 1-2 in the opening Superbike TT ahead of Anstey. Two days later, the Australian made it win number two when he won the Superstock Race and only just missed out on a hat-trick in the Senior, after a titanic battle with John McGuinness. 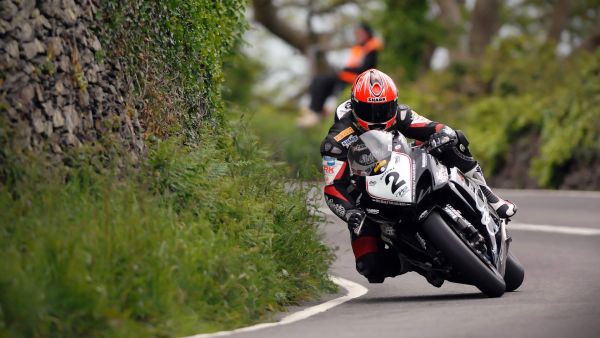 2007: A new look for the TAS team with title sponsorship from Relentless. Adrian Archibald, pictured, was replaced by Cameron Donald the following year

Donald was very much the man of the moment at the start of TT 2009, setting a stunning lap of 131.457mph during practice – considerably quicker than the official lap record. However, he crashed at Keppel Gate the following day and sustained a dislocated shoulder which ruled him out of competition in a cruel blow for all concerned.

2010 would be the last year Anstey and Donald raced for the team and, for the following year, the team ran as a one-rider outfit, with the enigmatic Guy Martin brought in despite his previous dislike of more corporate team environments. 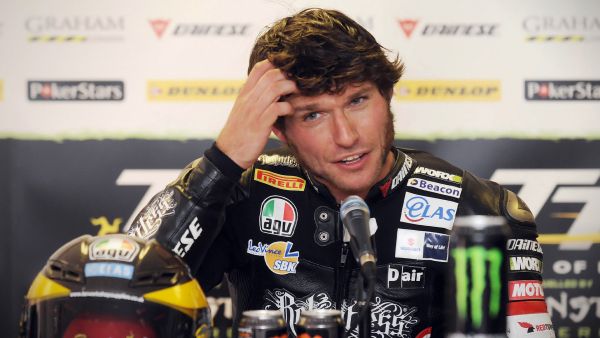 2011: A one-rider team for TAS Racing, with Guy Martin their star man

However, he struck up an immediate rapport with the team, particularly with long time team member McCarville. Martin took no less than four podiums during TT 2011, although a win continued to elude him and second place to McGuinness in a hard-fought Senior was his best result. The team also gave technical support to John Holden in the sidecar class with the Blackburn driver taking first and second.

For 2012, the team reverted to two riders with Conor Cummins joining Martin but it would prove to be a barren year on the island, with no podiums for Martin and Manxman Cummins forced to miss the event after picking up a hand injury at the North West 200. 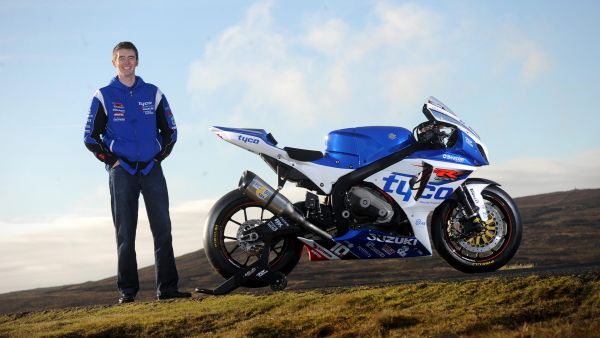 2012: A new look and a new rider, with Tyco becoming title sponsor and Conor Cummins joining the team alongside Martin

By then ace engine guru Stewart Johnstone, who had been working with the team since their British Supersport Championship days, took on a full-time role and in 2013 Martin was joined by newcomer and British Superbike star, Josh Brookes. The Australian promptly finished in the top ten in his very first race and became the fastest newcomer ever with a lap of 127.726mph.

The following year saw William Dunlop line up as Martin’s team-mate and, after winning at the North West 200, he finished third in the opening Supersport Race. Martin was back on the podium too with second and third in the Superbike and Senior Races. 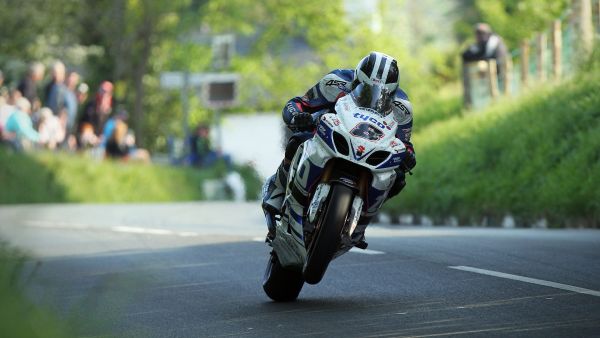 2014: Cummins only stayed with the team for a year. He was replaced by newcomer Josh Brookes for 2013, who was then replaced by William Dunlop the following year

One of the biggest changes in the team’s history came the following year when, after 13 years with Suzuki, they switched manufacturer and lined up with BMW machines instead. It meant they would only contest the 1000cc races and although the first year with the German giant failed to deliver any podium finishes, Martin did record his fastest ever lap of the 37.73-mile circuit with a speed of 132.298mph during the Senior. 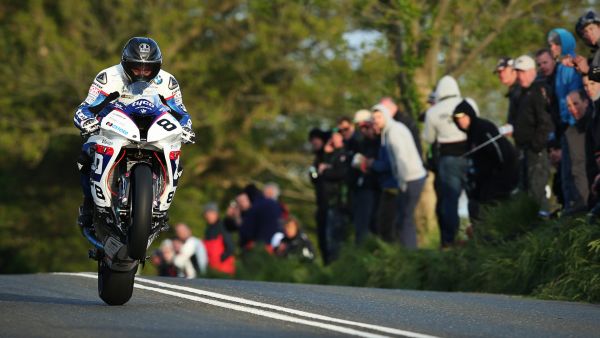 2015: All change for TAS Racing, switching to BMW machinery after a 13 year relationship with Suzuki-

With the Lincolnshire rider stepping away from racing, there were big boots to be filled in 2016 but the signing of Ian Hutchinson got them back to winning ways when he took victory in the Superstock Race – the team’s first solo TT win since 2008.

Two additional podiums were taken during the week and further success came in 2017 with the Bingley rider adding the Superbike and Superstock wins to his haul. Hutchinson was also leading the Senior Race before crashing heavily at Joey’s on the Mountain section of the course, in an incident that brought out the red flags and left him with another nasty leg injury to recover from. 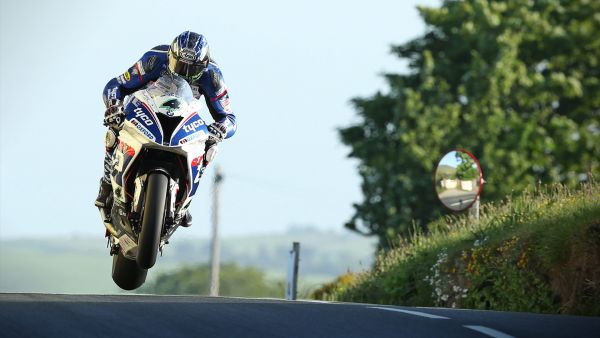 Hutchinson moved to Honda for 2018 but as one multiple winner left, another joined in the shape of Michael Dunlop and he gave the team their 18th TT win in the Superbike Race. However, the victory, like Archibald’s in 2003, came in trying circumstances after new signing and highly-talented rising star Dan Kneen lost his life in a practice crash at Churchtown near Ramsey.

Dunlop was unable to add any more success in 2019 and he left at the end of the year. 2019 was also the final year of the Tyco partnership, concluding a nine-year relationship with the team. 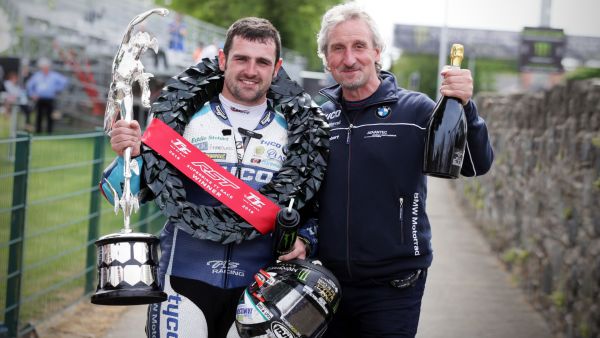 2018: Michael Dunlop joins the team and takes Superbike Race victory, but it was another heart-breaking year for the TAS Racing team

Synetiq came on board as title sponsors for a rebranded outfit in 2020 and Ian Hutchinson returned back to the team he last took TT glory with. But after the cancellation of TT 2020, we’ll will have to wait until 2021 for the next part of the TAS Racing story to unfold.