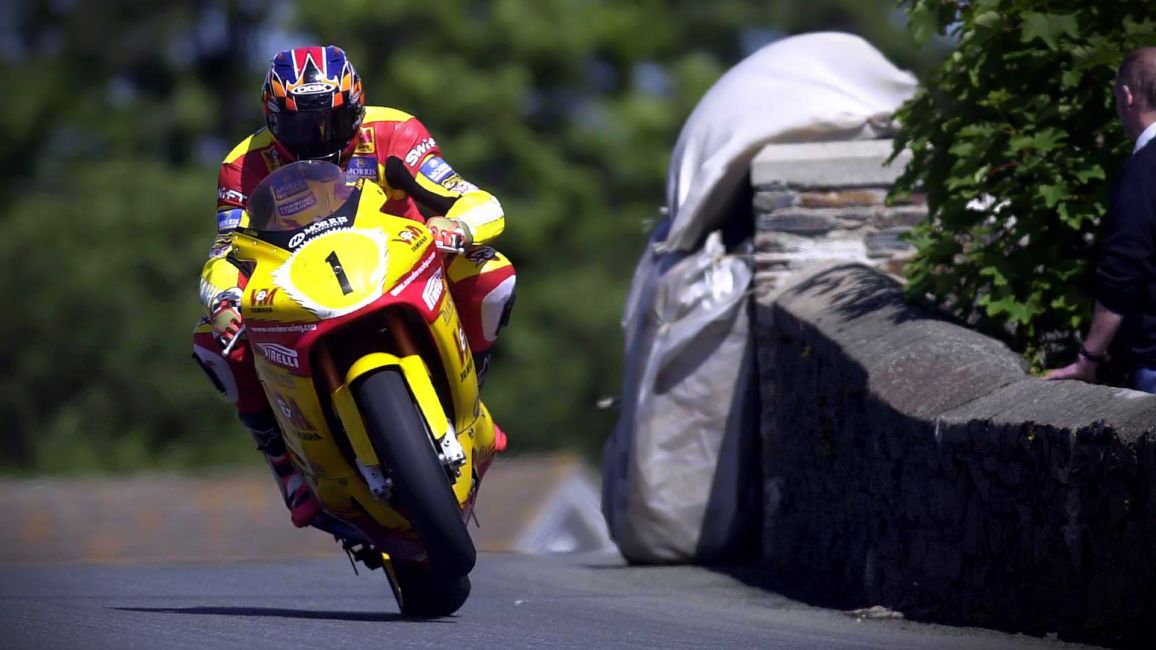 Our in-depth look at the Greatest TT Teams of the Modern Era continues with a look at a tuning duo that went on to be the dominant road racing force at the turn of the millennium.

In 1982, the formidable Lancashire duo of Jack Valentine and Steve Mellor came together to form V&M Racing and, over the next 30 years, would go on to take race victories and championships in a variety of disciplines partnership

The duo first met in the early 1970s when they worked together for an engineering company in the small Lancashire town of Milnrow, near Rochdale. Recognising they shared a passion for two-wheeled motorsport, the duo soon turned their attentions to tuning and building engines and after winning a number of sprints and hill climbs, Valentine went on to win a hat-trick of European Drag Race Championships under the V&M Racing banner with a normally aspirated GSX1100 Suzuki engine prepared by Mellor.

With their new business flourishing and the drag racing scene conquered, Valentine stepped away from competing himself to take on a managerial and technical role and V&M Racing were focussing on the short circuits and road racing.

By 1990, many factory-supported race teams relied on race tuning from V&M Racing including Suzuki GB and Yamaha UK. That same year also gave them their first major success when Yorkshire rider Dave Leach took victory in the Supersport 400 TT Race, ahead of Carl Fogarty and Steve Ward. Leach was equally successful on the short circuits and finished a close second in the inaugural European Supersport 600 Championship, with Mellor’s engines now recognised as being the best in the business.

V&M were in major demand and the 1990s saw their engines dominate racing, primarily in the Supersport classes. Jim Moodie, Ian Simpson and Mike Edwards each won British Championships and the Scots pairing of Moodie and Simpson, along with fellow countryman, Iain Duffus winning numerous races at the Isle of Man TT, North West 200 and Ulster Grand Prix. 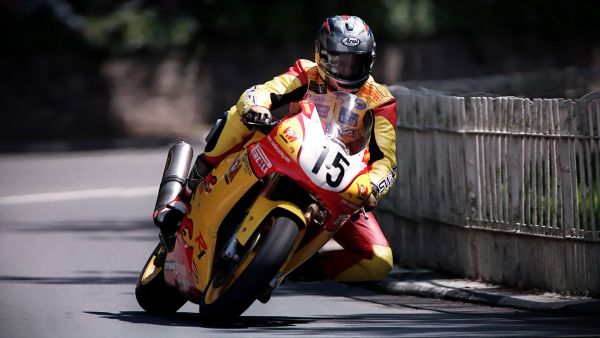 1999: A new chapter for V&M Racing and the start of a dominant period - David Jefferies joins the team in 1999 to ride the Yamaha R1

After a brief spell running the official British Superbike Honda team, with Simpson winning both the Formula One and Senior TT races in 1998, Valentine and Mellor went back to their roots in 1999, focusing their efforts on the new and revolutionary Yamaha R1 under the V&M Racing banner. Yorkshireman David Jefferies joined the fold and they tore up the record books everywhere they went, none more so than at the TT where their victory in the Formula One Race ended Honda’s winning streak that had run for 17 years, from 1982-1998.

Jefferies won races at all of the International Road Races, taking two wins for the team at the TT in both 1999 and 2000 (Jefferies took two further Production wins for the Chesterfield Motorcycle Centre team). He also made history in 2000 when, on the way to Senior TT glory, he became the first ever person to lap the TT Course at an average speed of 125mph. 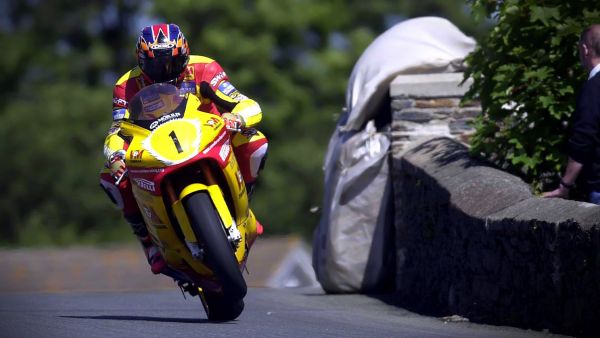 2000: Two more wins for Jefferies and V&M Racing, with Jefferies taking a hat-trick in the Production 1000 Race. He also set the first ever 125mph lap in the Senior TT

With no TT in 2001 due to the Foot and Mouth outbreak and Jefferies moving to the TAS Racing outfit, Moodie was left to fight for honours for the team in 2002, taking victory in the Junior 600 Race.

It would be the final TT victory as V&M Racing as a change of direction came in 2003 with Valentine taking the lead in the new Valmoto Team which took on a project with British manufacturer, Triumph. 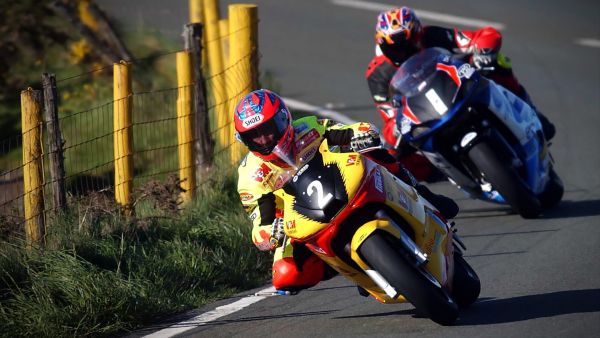 2002: Jefferies (1) moved to TAS Racing with Moodie (2) stepping up to lead the V&M team. Moodie would take victory in the Junior 600 Race, the last race win for the team as V&M Racing

Assembling a super-talented rider line up of Moodie, Bruce Anstey and John McGuinness, the team were tasked with putting the new Triumph Daytona 600 on the top step of the podium, 28 years after the manufacturer has last officially competed at the TT. Against the odds and the established Yamaha and Suzuki machinery, Anstey won the 2003 Junior 600 TT Race with Triumph also winning the manufacturer’s award.

Mellor continued to enjoy success in later years when he joined Yamaha and AIM Racing, winning at the TT, North West 200 and Macau with McGuinness and Steve Plater. 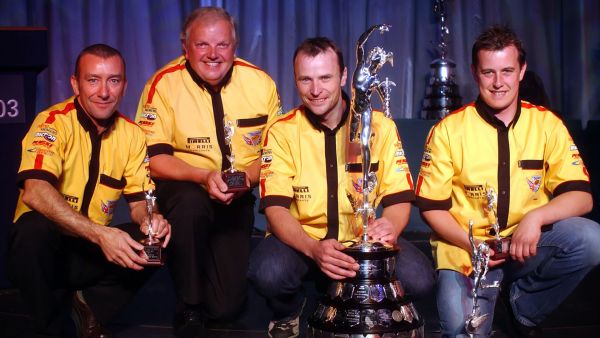 The V&M duo last worked together in 2015 when they built the Valmoto MV Agusta which Peter Hickman used to great effect at the International Road Races, finishing sixth and seventh at that year’s Ulster Grand Prix. Hickman also rode the machine at the TT with his lap of 126.03mph the fastest ever by an MV Agusta around the 37.73-mile Mountain Course, whilst Mellor continued tuning Supertwin engines for a number of riders including Martin Jessopp.

Mellor sadly passed away in December 2018 whilst Valentine, who had already worked for Foggy Petronas and Crescent Suzuki in similar positions, took up a team management role with Bournemouth Kawasaki’s British Superbike Championship going on to win the title with Leon Haslam in 2018. 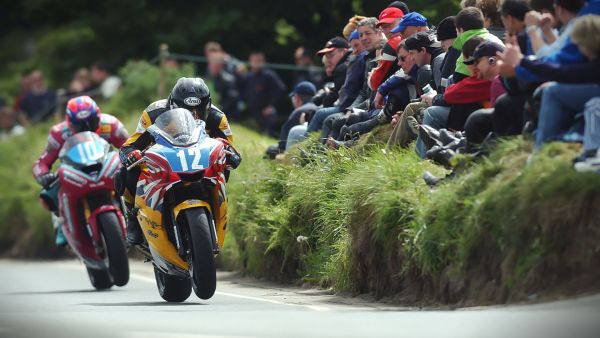