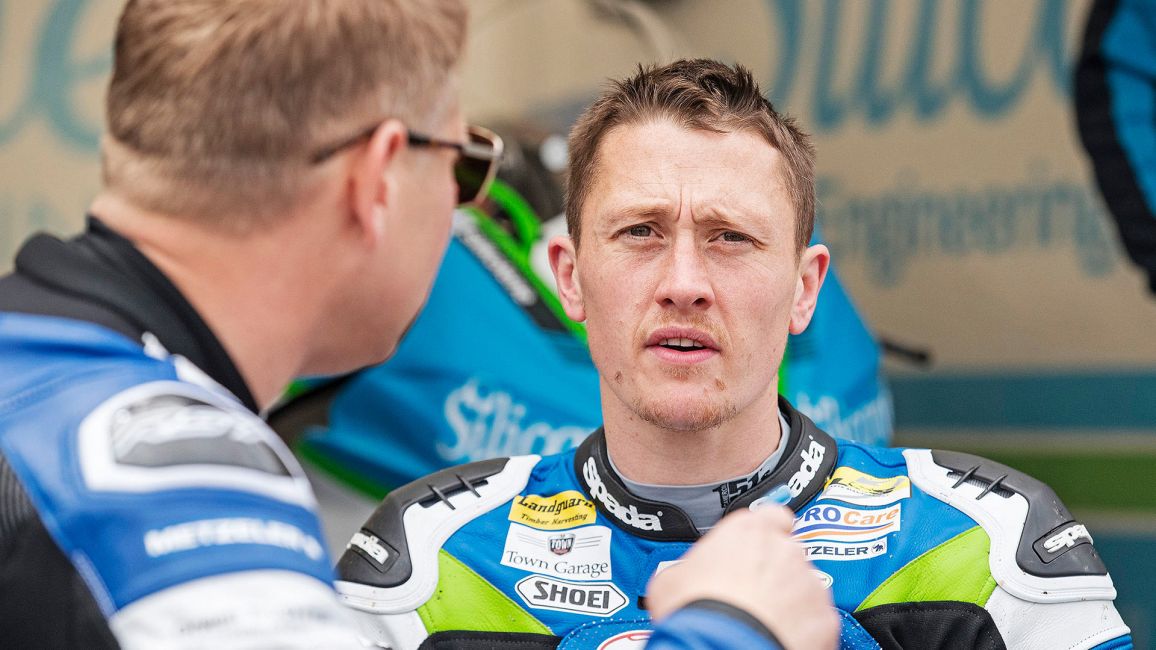 HARRISON SET FOR RETURN FROM INJURY

2019 Dunlop Senior TT winner, Dean Harrison, has confirmed he will make his return to racing at Round 11 of the British Superbike Championship at Donington Park, six weeks after sustaining injuries in a qualifying incident at the Classic TT presented by Bennetts.

In a statement from his Silicone Engineering Racing team, Harrison is ‘dying to get back on the bike’ and will return to action onboard his Kawasaki ZX10-RR superbike for the penultimate round of the season on October 4 – 6.

The 3-time TT Race winner sustained internal injuries that included a ruptured spleen after clipping the banking at Laurel Bank in final qualifying for the Dunlop Lightweight Classic TT onboard his Laylaw Racing Yamaha TZ250.

Harrison has contested the BSB Championshp to varying degrees since 2017, improving his riding in one of the most competitive racing series in the World. 2019 has seen the Bradford-based rider contest the full championship for the first time, raising the level of his racing to great effect to ultimately take his first Senior TT title earlier this year.

Speaking about his return, Harrison said: “I am a-okay! I feel great so very much looking forward to getting back into action. We’ll be picking up from where we left off and building on that. It will take a bit to settle back into it as the pace is so competitive in BSB but I am really looking forward to it. I’ve been chomping at the bit to get back on the bike. [My last round at] Cadwell was good and we’re getting up to speed and I want to get to where we left off at Donington.”

The announcement means that Harrison will miss this weekend’s Scarborough Gold Cup at Oliver’s Mount, a title that he has won on the last two occasions.