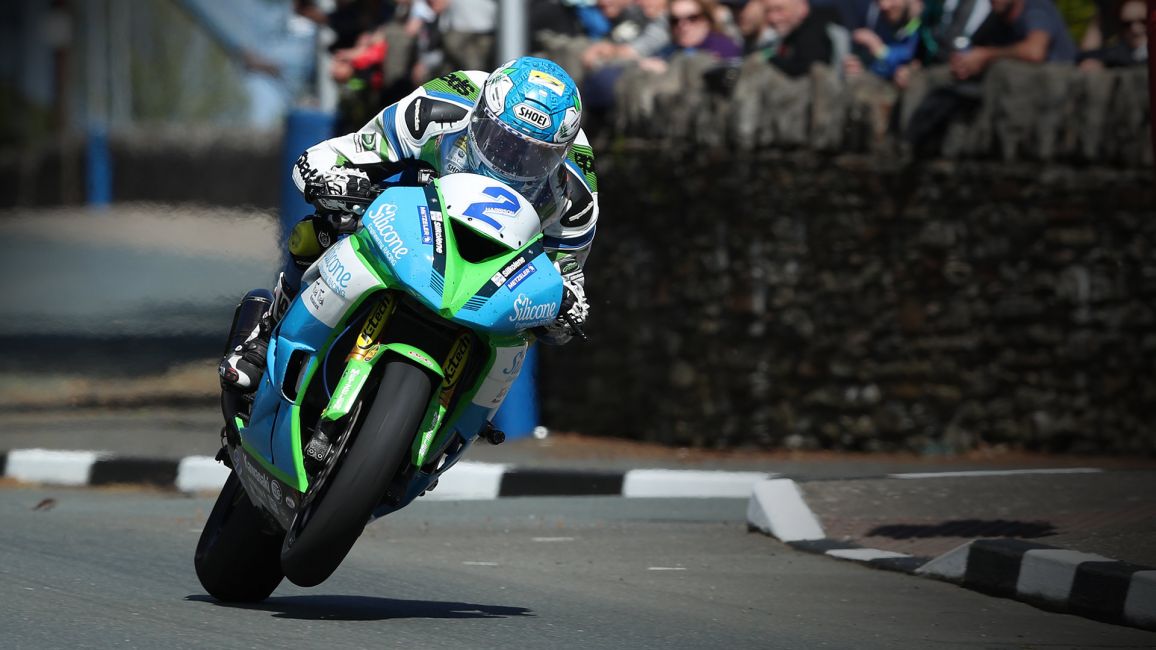 After a fifty-minute delay to allow damp patches around the Mountain Course to dry and move marshals into position the opening, rescheduled session of the 2019 Isle of Man TT Races fuelled by Monster Energy roared into life at 2.20pm.

After the solo and sidecar newcomers had completed their first – speed controlled – closed road lap of the course, Lee Johnston on his Ashcourt Racing Yamaha and Honda Racing’s Ian Hutchinson lead the field out onto Glencrutchery road on their Supersport machines.

After a couple of parade laps at last year’s race meeting and victory in the Bennetts Senior Classic TT last August, John McGuinness made his return to competitive TT action. He first went out on the Norton 650cc Superlight machine, also his first laps in the class, before switching to the Milenco by Padgetts Motorcycles Supersport Honda following yesterday’s news of his last-minute deal with the Batley based team who he last represented in 2014.

However, Dean Harrison was quickly on the pace – picking up where he left off from last year’s meeting, and posted the first official lap time of the meeting with 121.97mph on his Silicone Engineering Supersport bike, improving to 124.39mph on his second lap. The Bradford rider then went out at the end of the session – his sixth Supersport lap – and posted the fastest time in every sector – to record a lap of 126.09mph – comfortably the fastest lap of the afternoon.

Although conditions were challenging with high winds on the Mountain section of the course, a number of the riders took the opportunity to get multiple laps under their belts with many completing five laps.

Michael Dunlop on his MD Racing Honda Supersport bike also showed strong early form with 123.90mph on his third lap. Conor Cummins described the conditions as ‘tricky’ but that didn’t stop the Ramsey man clocking 123.71mph on his fifth lap of the session in the Supersport class board, ahead of Prez Racing’s Jamie Coward (123.19mph) and James Hillier who nudged into the top five with 121.90mph.  Gary Johnson - 122.55mph in sixth - described the conditions as ‘the toughest in eleven years’.

In the Lightweight class, Jamie Coward followed up his strong Supersport performance earlier in the session to top the Lightweight leader board with a best lap of 119.96mph.  After the session, he revealed that the team can still make improvements: “The Kawasaki definitely showed what it’s capable of but there’s still a few things that we can improve on. It’s a fair achievement on the first day.”

Defending champion Michael Dunlop moved into second overall, with a lap of 118.52mph ahead of fellow Northern Ireland rider Paul Jordan, on the RC Express Kawasaki, who showed his hand with 117.45mph.

Derek McGee, who finished runner up in last year’s race – will be looking to go one better and was fourth on the board with 116.19mph while Stefano Bonetti, fresh from his maiden international win at the North West 200, posted the fifth fastest Lightweight lap with 116.02mph - just over a second behind McGee - on the Paton SC Project Reparto Course. Gary Johnson signalled his intentions with a 115.80mph lap, putting his injury concerns behind him to move into sixth overall for the class.

Maria Costello enjoyed her first closed road sidecar lap as a newcomer before clocking 109.40mph on her Paton in the Solo Lightweight class.

New Zealander Daniel Mettam came off his bike at the Black Hut in the Supersport session and was taken by airmed to Nobles Hospital, but his condition was not reported to be serious.