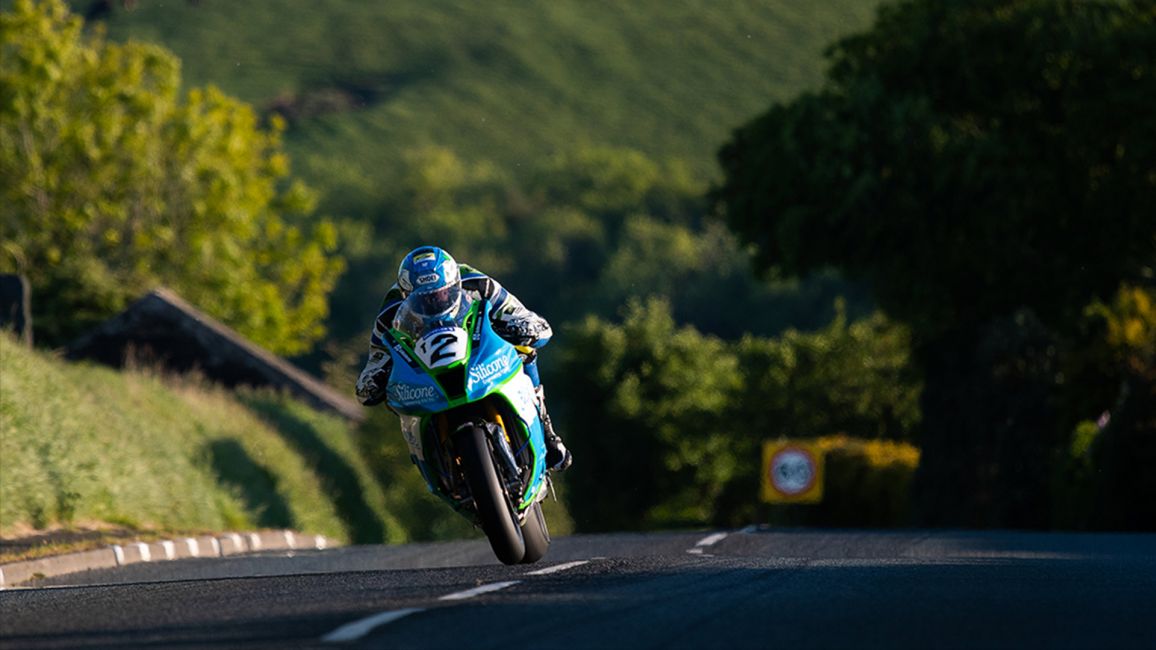 After the rain on Monday, qualifying for the 2019 Isle of Man TT Races fuelled by Monster Energy resumed on Tuesday evening with the 1000cc machines getting their first outing on the TT Mountain Course this year.

Dean Harrison, continuing his form from Sunday’s Supersport session, was quickest on the night with a speed of 129.53mph while Conor Cummins and James Hillier also went well in the Superbike class.

Harrison also topped the Superstock leaderboard but it was a night that saw a number of the other front runners hit trouble including Peter Hickman, who was forced to stop twice on his Smiths Racing BMW Superbike. 16-time TT Race winner Ian Hutchinson was another rider to be experiencing problems and the Yorkshire rider came off his bike at the 11th Milestone although fortunately was reported to be unhurt.

The island was blessed with sunshine throughout Tuesday but there were strong winds all round the 37.73-mile circuit again although riders were informed that they would reduce as the evening wore on. After a slight delay, the session got underway at 6.31pm. Harrison’s Silicone Engineering Kawasaki was at the front of the pack on the grid but lost power before he had even set off and the Bradford rider eventually got away mid-pack on his second Superbike.

Michael Rutter (Bathams Racing Honda) and James Hillier (Quattro Plant Wicked Coatings Kawasaki) were first to head down Glencruchery Road - the pair both on Superbikes - followed by Honda Racing teammates Hutchinson and David Johnson, the latter on his Superstock Fireblade.

Gary Johnson (RAF Regular & Reserve Kawasaki) and Michael Dunlop (Tyco BMW) were next to go with Hickman (Smiths Racing BMW) and Lee Johnston (Ashcourt Racing BMW) on their Superstock mounts. However, outright lap record holder Hickman was soon in trouble and, after pulling off the circuit at Quarter Bridge, he immediately returned to the pits where he went back out on his Triumph Supersport machine.

Conor Cummins was the early pace setter, posting the best sector times on the opening lap while John McGuinness stopped at Sulby to make adjustments on his opening lap. Dunlop was the first to complete a lap with 126.65mph but then came into the pits to check tyre and gearing. Hutchinson lapped at 125.39mph with Rutter at 124.22mph but Cummins went quickest on the opening lap on the Milenco by Padgetts Motorcycles Honda with a speed of 128.09mph.

Both Dunlop and Hutchinson pulled straight into the pits at the end of lap 1 while Derek McGee was posting the quickest Supersport lap at 122.04mph. Gary Johnson was another leading rider to have problems on the first lap with his speed of 112.55mph slightly slower than McGuinness’ lap of 113.50mph.

The second lap saw Cummins increase his pace and he looked to be on course for a 129mph+ lap before crossing the line at a leisurely 104.96mph after being black flagged out on course at Brandywell with the Honda reported to be smoking. Gary Johnson another be stopped, due to a loose camera.

Rutter and David Johnson set the pace on lap two, at 126.48mph and 126.63mph respectively, but Harrison topped that with a speed of 126.68mph on his ZX-10RR Superstock machine. Hickman put in two laps on the Supersport bike, the second of which was 123.92mph which made him the quickest 600cc machine on the night ahead of McGee.

Hickman went back out on the Superbike but again hit trouble and pulled off the course for a second time, this time at Douglas Road Corner at Kirk Michael which signalled the end of his night.

On the fourth lap, Harrison went quickest in the Superstock class with a lap of 129.34mph with Hillier the third rider to break the 128mph barrier with a speed of 128.07mph on his Superbike. McGuinness went out on the Padgetts Supersport machine before returning to the action on the Norton where he lapped at 123.73mph.

Harrison continued to make the headlines though and he put in a lap right at the end of the session to move to the top of the Superbike leaderboard with Cummins and Hillier ending the evening in second and third. Harrison remained on top of the Superstock times as well with David Johnson in second and Sam West lapping at just under 125mph to slot into third.

The strong winds were clearly keeping speeds down but there were impressive performances from Jamie Coward (126.39), Stefano Bonetti (124.48) and Brian McCormack (124.03) while Kiwi rider Jay Lawrence also again went well on the Buildbase Suzuki with a lap of 122.56mph.

There were three incidents in the Supersport class. Paul Williams came off at Governors but was reported to be unhurt while Jason Corcoran (Glen Helen) and Emmett Burke (Gooseneck) were taken to Nobles hospital with reported neck and leg injuries respectively.