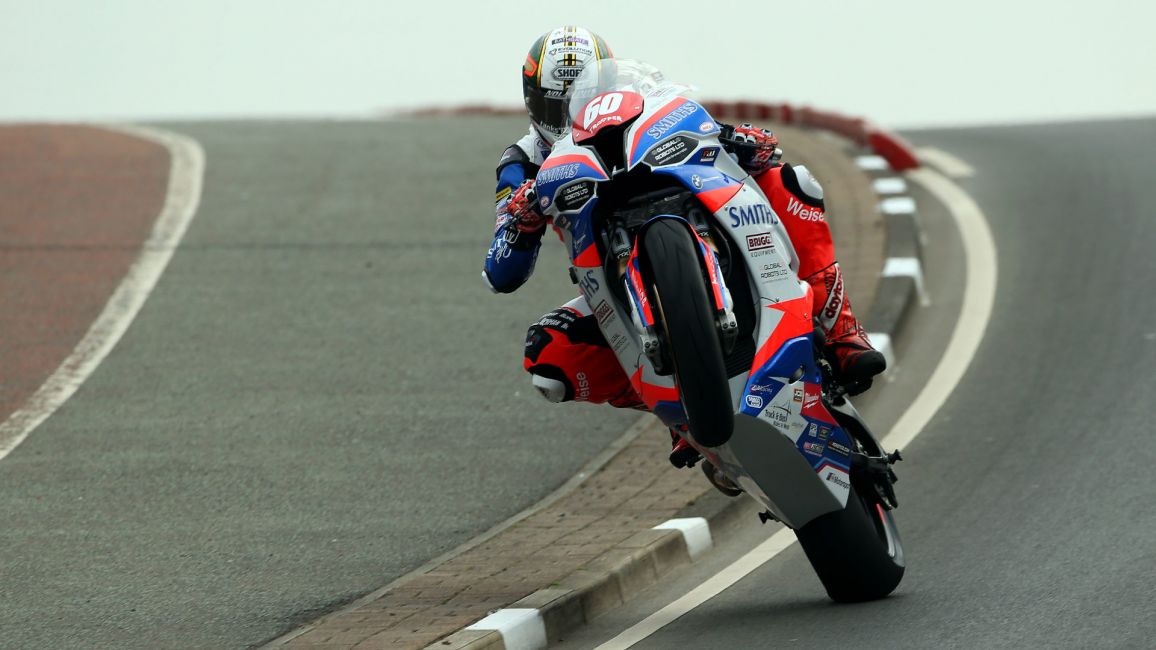 HAT-TRICK OF VICTORIES FOR TT RIDERS AT NW200

With the 2019 Isle of Man TT Races fuelled by Monster Energy edging ever closer, the build up continued in earnest on Thursday, with the first three races at the North West 200 seeing victories going to TT outright lap record holder Peter Hickman, Lee Johnston and Stefano Bonetti.

Hickman put in a storming ride in the Superstock race on the Smiths Racing BMW S1000RR, which only turned a wheel for the first time on Tuesday. Taking a dominant win, it was the German manufacturer’s first win with the new-for-2019 model.The Burton upon Trent rider repeated his victory of twelve months ago and will hope it’s a lucky omen as he also looks to defend his RL 360 Superstock TT title in just over two weeks time.

The returning Michael Dunlop who, understandably, admits to being a bit rusty after almost a year away from racing, joined him on the podium with a third-place finish on the MD Racing BMW with James Hillier, fast in every class in Northern Ireland, only four tenths of a second behind in fourth place.

Lee Johnston ran in close company with them and took fifth on the Ashcourt Racing BMW, but good friend Dean Harrison’s hopes of a podium finish disappeared on the penultimate lap when he had a slow speed off whilst lying in third. There were also good rides in the Superstock race from Jamie Coward and Daley Mathison, who finished seventh and eighth respectively.

Johnston had earlier swept to victory in the Supersport race as he continued to benefit from contesting the early season British Championship rounds. He’s determined to stand on the podium in the two Monster Energy Supersport races next month and now looks set to start amongst the favourites.

It was close though, with Harrison and Hillier disputing the lead with him all race and joining him on the podium. Dunlop, Coward and Ian Hutchinson completed the top six. Davey Todd, Gary Johnson, Michael Sweeney and Daley Mathison rounded out the top ten to put themselves in a good place ahead of the TT.

Coward’s strong form continued in the Supertwin race, but he had to give second best to Bonetti who claimed a famous win as he became the first Italian to take a victory at the North West 200.

Having finished fourth and fifth in recent years in the Bennetts Lightweight TT, the 42-year old couldn’t have asked for a better build up to this year’s race where he’ll be aiming for at least a top three finish. Coward’s second place showed he won’t be too far away though, whilst Michael Rutter also proved he’ll be a contender as he completed the podium in third.

Honda Racing's David Johnson sat out the races after a spill in the morning’s qualifying session but he’s expected to back in action on Saturday.