Five-time TT winner Peter Hickman has received the prestigious Royal Automobile Club Torrens Trophy after being announced as the winner in 2019 - the award ceremony on Monday 14 March was the first time the trophy could be awarded since 2018.

Hickman received the award for his trio of 2019 Isle of Man TT victories, and for setting the world’s fastest motorcycle road lap record of 136.415mph at the Ulster Grand Prix. The man everyone has to beat, Hickman’s riding was described by the Chairman of the Torrens Trophy Nominations Committee, Barrie Baxter, as ‘pure poetry’.

The Torrens Trophy recognises an individual or organisation considered to have made an outstanding contribution to motorcycling in Britain. The trophy was first awarded in 1978 in memory of Arthur Bourne, a motor cycling journalist and Vice Chairman of the Royal Automobile Club who wrote a column under the name Torrens. Until 2019 it had only been awarded 12 times in its history and only when the club feels that the achievement justifies it. Other recipients include Jonathan Rea MBE, Cal Crutchlow, and 11-time TT race winner Ian Hutchinson, who received the award back in 2015 for his outstanding determination, courage and the adversity he has overcome to win multiple TTs.

Receiving the prestigious award Hickman commented: “It was a great honour to eventually receive the 2019 Torrens Trophy Award on Monday night. The RAC Club in London is such a fantastic venue, and to attend with my family and some very special members of my team for the prestigious awards dinner was an extremely memorable experience.

"The list of past winners reads like a who’s who of modern motorcycling and to see my name on that rollcall is truly humbling and something that fills me with pride, and it was very special to be presented with the Trophy last night in front of what looked like an audience made up of a who’s who of the UK Motorcycle Industry.” 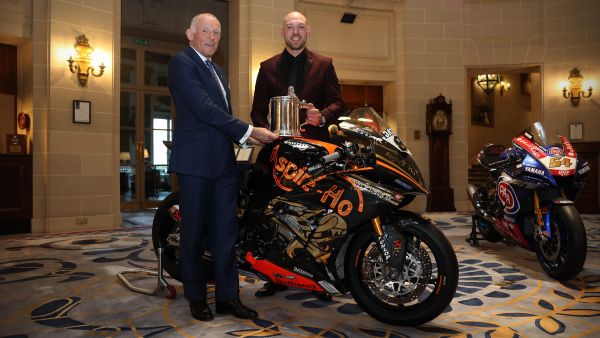 Hickman received his award alongside 2020 winner Emma Bristow, who claimed her seventh consecutive FIM Women’s Trial World Championship, as well as 2021 winners the Crescent Yamaha WorldSBK team, who were awarded the Torrens Trophy for becoming the first British team to win the Riders’, Teams’ and Manufacturers’ titles in the 2021 FIM World Superbike Championship.

Royal Automobile Club Chairman Ben Cussons said: “The Royal Automobile Club has always had a close association with the motorcycling world since the Club formed the Auto Cycle Club in 1903, which went on to become the Auto Cycle Union in 1947. I would like to extend a huge congratulations to our Torrens Trophy winners for the past three years and thank Peter, Emma and the Crescent Yamaha team for their outstanding achievements and contribution to the motorcycling scene – they are everything the Torrens Trophy represents; each of them providing a true showcase of British motorcycling skill and technical excellence.”